Over the course of a race that finds you bellying through the mud, hurtling a wall or spidering up a web of rope, chances are at some point you’ll think, “Man, I feel like a kid again!” Spartan had the same thought, which is why we offer kids obstacle course racing for ages 4 to 14, all modeled on the same get-out-there, get-dirty, test-yourself and have-fun ethos that drives our adult race series.

But wait: Kids as young as 4 years old enduring the brutal slog of an adventure event? Isn’t that, well, dangerous?

“Not any more so than what I was doing as a kid in the yard,” says William O. Roberts, MD, a professor at the University of Minnesota’s department of family medicine and medical director for the Twin Cities Marathon. Roberts believes children can safely train for and compete in such events, with a few caveats, to which we’ll get shortly. 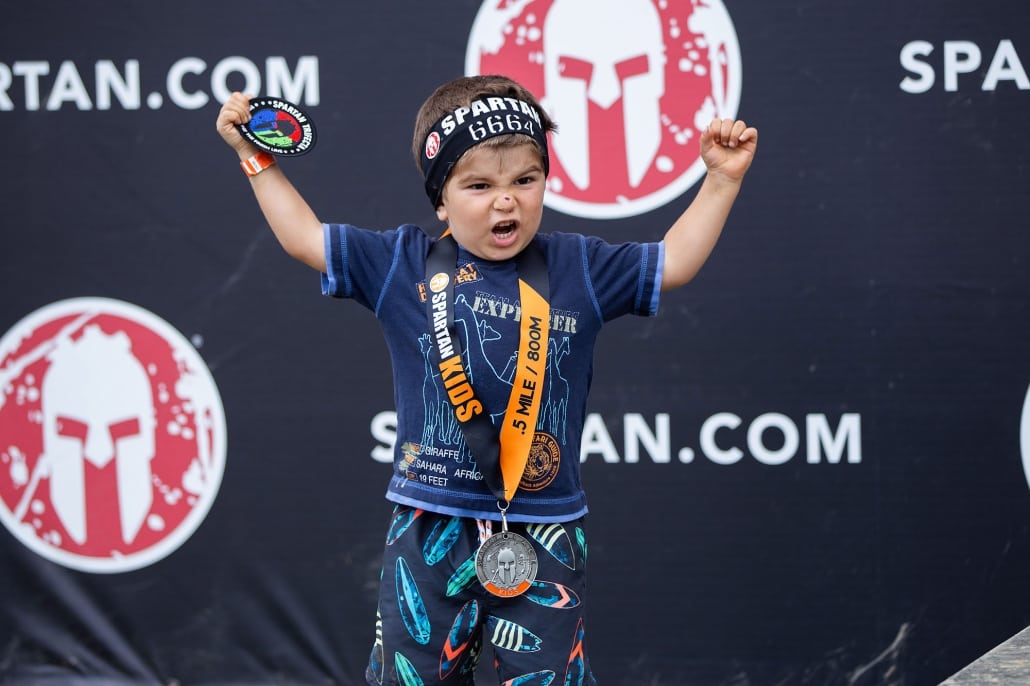 The Spartan races are designed to challenge and enthrall but not intimidate, says Justin Ross, who directs the company’s U.S. kids program. The 4- to 8-year-old course is a half mile. Nine- to 13-year-olds run 1 mile and 11- to -14-year-olds tackle 2 miles.  Ross cautions parents against using kids’ events as daycare so that mom and dad can race. “We’ve had people trying to sneak in 3-year-olds, but that’s not a good idea. This is not a baby course,” he points out.

Kids obstacle course racing is less about trying to win and more about helping kids realize what they can do, Ross says.

“Yes, it’s about fitness but it’s also mental: Kids gain a huge amount of confidence” from participating. “You get a kid who is so shy and he comes out of one of our races and has done something he never thought possible. You can see the change in them” after they finish a race.

Sounds promising. But what about before a race? How should kids train—if at all—to enter a Spartan event? Here are six tips.

Roberts advises starting children with very short runs, family missions with a goal but done at the child’s pace and without any overbearing rules. “Running a mile isn’t going to hurt anyone as long as it’s structured as free play,” he says.

“Tell your children, ‘Let’s see if we can run out for a minute and then back for a minute.’ Then, after a few days of doing that, extend that to 90 seconds. If there’s a day they don’t want to do it, don’t force it. Just say, ‘That’ OK, we’ll try again tomorrow,’ or set a shorter distance.”

That type of training does the same thing that it would for an adult: It both prepares the body for the event and shows the child that he or she can go that far without help.

No Surprises on Race Day

For the younger kids, “It’s all about creating the expectation of what the race is about,” says Ross. “I hear some kids on the starting line getting nervous and saying, ‘I don’t like the mud,’ but if their parents have taken them out and let them get dirty – encouraged it even – they tend to love it.” Echoing Roberts’ comment, Ross notes that “Everything we’re asking them to do they can find in their backyard or at a playground.”

First off, kids who get normal amounts of physical activity—at least an hour a day for kids age 6 and older, according to the American Academy of Pediatrics—don’t need to strength train at all.  Experts say the average child’s strength will roughly double from age 7 to 12. 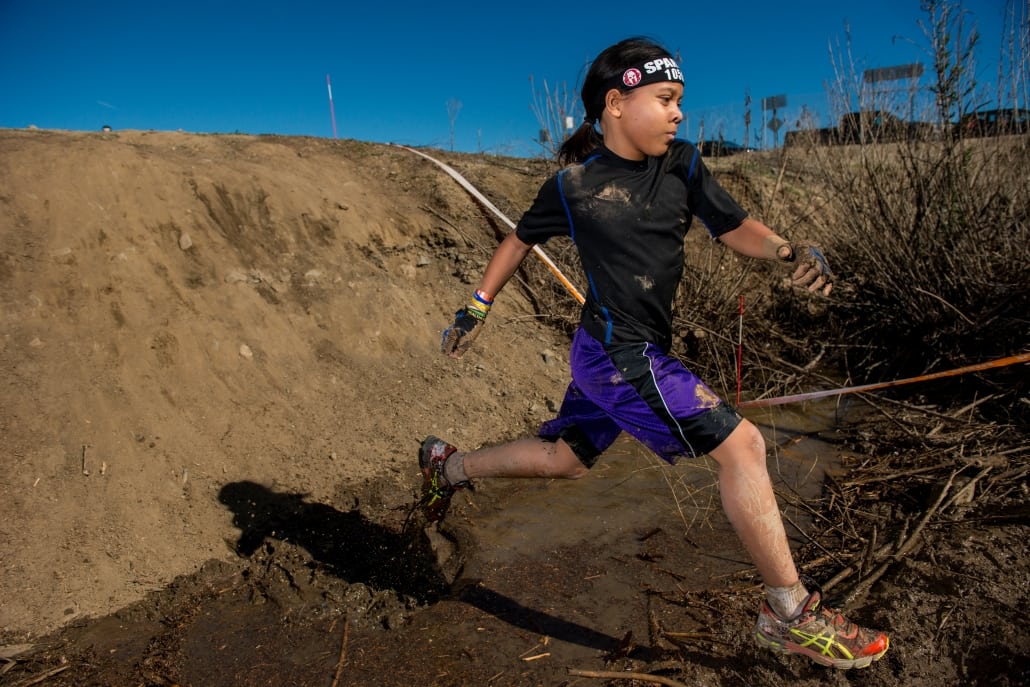 That said, Roberts notes that strength training has shown to produce real gains in kids as young as 8, and a 2010 review of prior studies, published in the journal Pediatrics, found that kids who lifted weights two days a week for a month or longer showed greater gains across the board than kids who didn’t lift.

The authors of a study published in 2009 in Sports Health advise that youth strength training programs start with one to two sets of six to 15 reps per exercise. Kids and adolescents should be able to complete 10 to 15 reps with some fatigue but no muscle failure. And Roberts emphasizes that children have supervision and a trustworthy spotter at all times when lifting.

Never pressure your kids about a race

“I overhear a lot of parents expressing expectations about wanting their kids to over-perform,” Ross says. “We don’t want that – the irate bleacher parents. We want parents to realize the bigger picture, and to give a kid a hand over a wall, give encouragement, help them through.” (Parents are allowed to run with the 4- to 8-year-old set.) “Maybe your child’s having a bad day,” Ross points out.

It’s even better if doing the race in the first place is the child’s idea—not the parents, Roberts adds. That means you plant the seed, explain what the event is about and give your kid the option to sign up.

Beyond that—and this applies to all youth sports—try to manage activity to avoid over-use of individual muscles, which accounts for up to half of all pediatric sports injuries, according to the American Academy of Pediatrics. That means encouraging kids to take one to two days off from specific sports per week and, for those that are training seriously, two to three months off per year to allow the body to recover.

If you can get a group of your kid’s friends on board, each of them will likely enjoy it more than if he or she entered the race alone. As you encourage them to train, the more you do with them the more likely they are to accept it, says Roberts. And the more “training” you can work into game-like activities, the more receptive most kids will be. While many of us have learned to love the tedium and gruel of hard workouts, most children don’t have the perspective to see value in that.

Be the cool parent

Love your kids for who they are, not what they do. And show them through your actions that friendly, relaxed people tend to draw more smiles from others than do stressed, hyper-competitive folks.

The Interference Effect: Do Cardio and Resistance Training Conflict?

This Is Why Every Athlete Should Be Doing 5FOR5 Workouts

These 3 Explosive Fitness Tests Will Expose Your Athletic Weaknesses