What sparks a turning point in life? Typically, it takes time spent in the discomfort zone. The 2018 Spartan Sprint at Florida Central, for instance, was no cakewalk. Particularly if, like Lon, Nate, and Ezra Hagerott, you had run the Beast the day before.

The grandfather, father, and son trio had agreed that burpees would be shared not spared across the event, but a series of missed obstacles at the previous day’s race had resulted in more burpees than anticipated. And by the time the three competitors reached the rings that Sunday morning, they were feeling pretty spent.

Nate and his 15-year-old son managed to swing across the obstacle without falling, but granddad Lon was feeling less than hopeful. He had struggled and failed on the rings the day before. The fact that he was a relative newcomer to Spartan and the whole world of obstacle course racing was also dampening his dream race ending of a “three-generation Trifecta.”

That’s when Nate and Ezra knew they had to really get behind Lon and spur him on. As Nate recalls the moment: “My dad grabbed the first ring and then the second. He was struggling. My son and I were sitting on the other side, yelling at the top of our lungs, ‘Don’t let GO! No matter what!’”

“My dad now sees 63 as just a number. He’s proven that if you set your mind to something, you can accomplish anything.”

“He made it and hit the bell. No burpees. And that was the turning point for us. We knew we were going to finish strong.”

And they did. Not long after, all three of the Hagerott men crossed the finish line, exhausted, exhilarated, and hardly able to believe the trifecta was in the bag.

Related: How Spartan Gave This Woman the Courage to Reinvent Herself

What makes this story of a turning point all the more remarkable is that two years previously, Lon was unfit, overweight, and not likely to do anything more active in his day than pop the numerous pills his doctor had prescribed for him because of his obesity.

But this isn’t solely the story of a man Spartaning up and finding success. It is also the story of a family who worked together to make a turning point happen. For behind many tales of fitness triumph stand friends and loved ones cheering an individual on. For Lon Hagerott, those cheerers included the other members of his trifecta team—his son and grandson.

“My dad had watched me and Ezra compete in various Spartan races,” Nate explains, “and because of that he decided to make a lifestyle change.” For Nate, the bravery of making that decision was reason enough to give his dad his full support. As he says, it takes a lot of mental strength to “resist the easy temptation of going back to drinking beer, eating out at restaurants, and not watching your calorie intake.”

Nate put together a plan for his pops. “To race my first Spartan at the Vegas Super a few years ago, I had created a program for myself that included both diet and strength building. This had helped me get really fit, and I did well in Vegas, finishing 25th overall in my class. So when my dad wanted to get fit, I built him a similar program.”

He included a very strict eating component and exercises aimed specifically at burning fat and building Spartan strength. Nate’s goal was to help his dad achieve slow but steady gains. And while the pain of each exercise was visible across Lon’s face, the fact that he was dropping one to three pounds a week provided the drive to keep going.

Related: 11 Dos and Don'ts For Nailing a Spartan Race Like a Pro

“We documented everything from minimum and maximum heart rate, every calorie, weekly weight, and several body measurements,” says Nate. “I kept him focused on the results he was seeing. It was probably week 15 where he started to get hooked and became obsessed with being the fittest he could be at his age. It was pretty cool to see him take charge of his own health; it takes a serious commitment to make such a change.”

Over a span of 16 months, Lon’s weight dropped from 240 pounds to 185 pounds. In becoming strong and fit, he also brought his resting heart rate from 78 bpm to 55 bpm, and to his delight, his doctor gave him the OK to ditch many of his medications, which he now no longer needed. 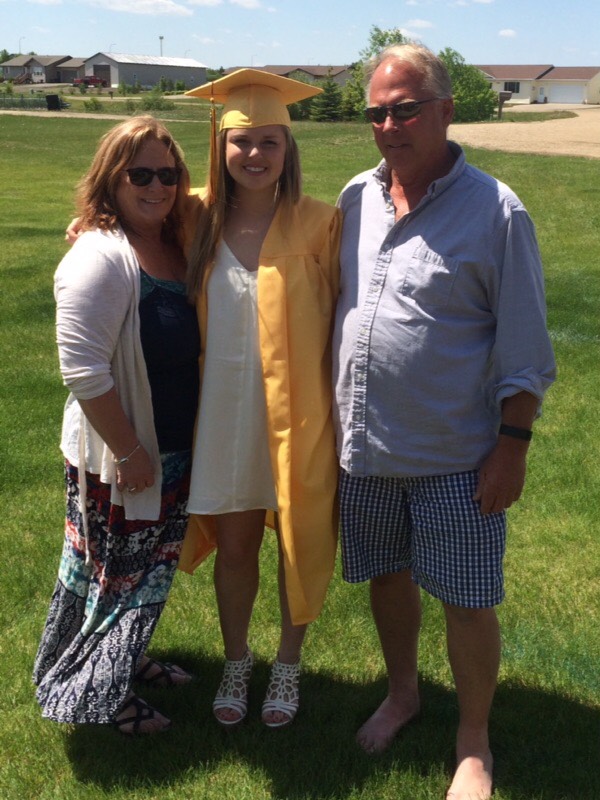 But in every success story there are as many lows as there are highs. For Lon, as Nate saw it, the hardest part was not dropping weight and building strength, but maintaining mental fortitude. “We would talk regularly, and there were always excuses of ‘I can’t’ or ‘I won’t,’” he says. “I was pretty hard on him, and I told him I didn’t care how bad it hurt or how hard it was, he needed to focus on the results.”

It was an exercise in “tough love,” but it was what Lon needed to keep him on track. He began to compete in 5Ks and then 10Ks, and it was then that Nate realized his dad needed a greater challenge. Enlisting the help of his son, Ezra, they decided to sign up to do a Spartan Trifecta.

“My son and I have raced before. I knew I was fit to finish and my son is 15 and a soccer player, so I knew he could make it,” says Nate. “I also knew my dad could make the distance. My only worry was whether he had the mental strength to finish. Once you’re on the course, there’s no turning back . . . no matter what! So that was a job for Ezra and me—we’d have to up our mental game and keep him moving.” 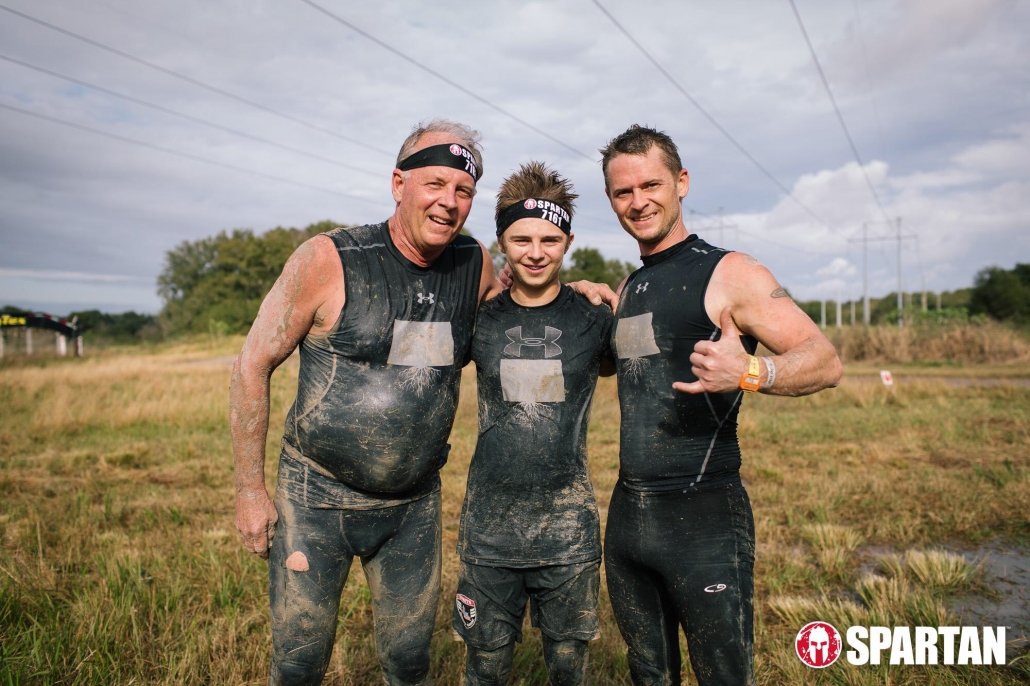 Which is exactly what they were doing that morning at the Spartan Sprint in Central, hollering and cheering and moving Lon on. “Participating in these races, I’ve learned that the worst thing you can do is stop,” says Nate. “The mind is a funny thing, and it will just start shutting down the engine. So every little win we accomplished on the course we celebrated, and then I’d say, ‘Come on, we have to keep moving.’”

Now with the success of the Central Florida Trifecta behind them, the trio intends to keep moving with a number of other Spartan races already marked on the calendar for this year. “Racing and finishing these races has definitely increased our bond together,” says Nate. “It’s a memory that we’ll never forget, and we know the struggles, both mentally and physically, that we went through to get to the finish line.”

But successfully completing a race is only part of the story. “The journey we went through to get to this point is really the big win for us,” says Nate. “Our ‘three-generation trifecta’ is what we now call phase one. We’re planning many other phases to keep this lifestyle and these races going. Ezra and I are planning to race Bigfork, which is a race that nearly stripped my soul last year. I’ve also got a 12-year-old son, Ian, who is on the outside looking in, and someday all four of us will race together.”

And as for Lon? What comes after a life-changing turning point?

“My dad now sees 63 as just a number. He’s proven that if you set your mind to something, you can accomplish anything.”