While it’s possible to achieve greatness by going it alone, most people reach their goals in life through the support of others. Amy Summers knows this. The list of people who helped her go from obesity to fitness and stay there is as long as her arm.  Of course, there is also the kind of support that people give that just happens to keep you in your comfort zone (which, in fact, gives them the OK to stay in theirs). Amy Summers knows about this kind of support too. Four years ago, when she was 45, a casual conversation with a relative revealed a startling truth: Amy’s obesity was central to helping some of her nearest and dearest feel good about themselves. As long as she remained overweight and a fitness under-achiever, she was no threat to others’ sense of success. 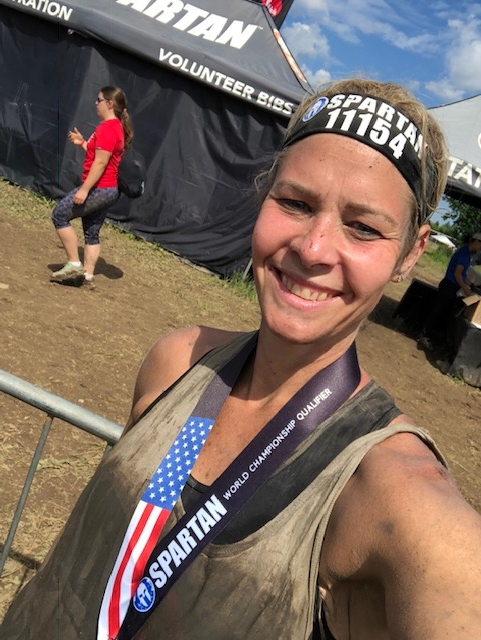 What would happen if she stopped playing that role, a role staked in her obesity? Would she lose real relationships if she pulled herself off the couch and finally got fit? “Of course, I realized that I had been complicit in all of this,” Amy admits. “As much as I always said I hated being obese, it truly was my comfort zone. And as much as I also hated to admit it, I could see all the times I sabotaged myself to get back there. But now I had to ask myself, ‘What is the very worst thing that would happen if I was no longer that person?’”

Related: How Fran Martinez Found Strength In His Darkest Moment

This, Amy has since come to realize, is the key question to changing a lifetime of obesity. For the mother of five, the answer was that she might lose some of her most valued relationships. For other people, of course, the answer would be different.

“For some, it is realizing if you become something else, others expect different things from you,” she says. “And that can be scary as well when you have failed at losing weight for so long. What if others expect more from you and you fail?” But as Amy cleared the junk food from her cupboards and started a regular exercise routine that finally led to Spartan racing, she stumbled upon one of her biggest life lessons: “Failure is not fatal. Failure is just a string of burpees and on to the next thing!”

Competing in her first Spartan Race was one of the toughest challenges that she had to face on her weight-loss journey. After shifting 40 pounds, a friend who had recently competed in his first OCR passed her Joe De Sena’s best-selling book Spartan Up!

She read the book, and thought, “Could I really do this?” She talked it over with her then 18-year-old son, Jack, who simply said “C’mon, Mom, I’ll do it with you.” And several months later they found themselves lining up at Boston’s Fenway Park for her first Spartan Sprint.

“Failure is not fatal. Failure is just a string of burpees and on to the next thing!”

The race terrified her, she admits, but the finish was the making of her. “That finish was epic,” she remembers. “I stood on the infield in my son’s arms and cried a big, heaving ugly cry. I was at my goal weight for the first time in my 45-year-old life. No gimmicks, no shaker bottles, no pills or surgery. Just me busting out of my obesity role and learning to be the person that had hidden beneath the layer of fat for four decades.”

Jack, who is the second-eldest of Amy’s five adopted children, has remained her constant source of strength and support. But, now with nine Spartan races under her belt, Amy has also made it her mission to support others who are taking the steps to stop hiding and embrace health. 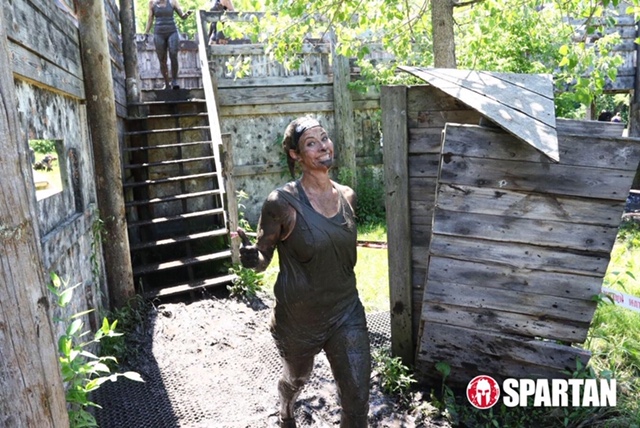 In 2017, she and an old college friend, Karl Koelle, started a small Facebook group aimed at holding friends and other first-time fitness allies accountable with encouraging posts and diet and exercise check-ins. They called it 1DOS, which stands for the “one degree of separation” the group provides from someone who can help you achieve your goals.

How Amy Summers Decided to Give Back

Now with hundreds of members, the group has evolved into an online membership club that offers multi-week challenges and racing as part of a team, and a foundation that sponsors people to get healthy.

“Last year, I wanted to really give back,” Amy explains. “I am a nurse practitioner by trade, and I began to think about the cost of being obese. The out-of-pocket expenses for prescriptions, doctor visits, lost work, and more can be staggering. Yet as a health care provider, what do I do? I tell people they need to lose weight. The problem is, in order to do that they have to lay out more money for gym memberships, healthier foods, dietitians, and so on. Sometimes people find themselves unable to manage all of the costs and so simply remain obese.”

Related: These Spartans Want You to Donate Your Organs

Through the nonprofit 1DOS Foundation, which is based on donations and fundraising efforts taken on by Amy and Karl, people can get 12 months of health support in the form of gym membership, free access to the 1DOS dietitian, food stipends for healthier non-processed food, entry into the group’s regular challenges, and the support of all of the 1DOS members.

And because Spartan racing is where Amy found her true self again, there is also a pool of money set aside to cover race entries for those who could not otherwise afford it. Along with that, Amy is there to run with and guide most of those who are embarking on their first 5K, 10K, or Spartan Race. “Getting a front-row seat to those finishers’ emotions is an experience I will never get tired of,” she says. 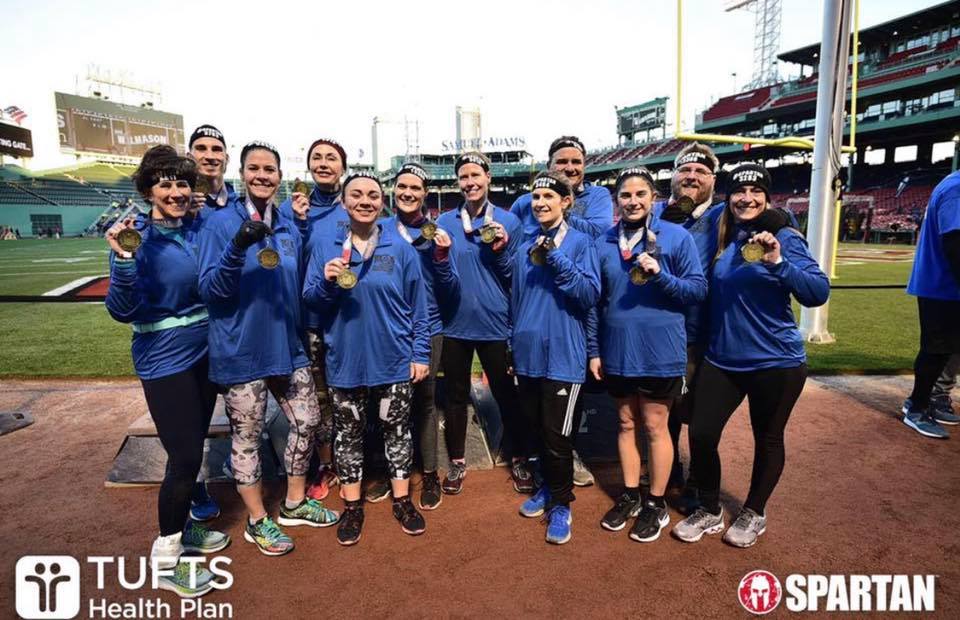 Looking back on what her life was like four short years ago, it’s amazing to Amy to be where she is today—stronger, slimmer, healthier, and with a circle of loving, supportive people whom she supports and sustains in return. Did she lose the relationships she feared she would when she finally decided to change her life? Yes. But it didn’t break her, and in fact, she says her life is so much the richer for it.

“What I have gained through helping others find themselves,” she says, “is so much greater. And now I know for sure, the best is yet to come.” To find out more about 1DOS and the 1DOS Foundation, check out 1dos.org.