Learn more about the Spartan World Championship 2020 on December 4th & 5th in Abu Dhabi and join us for what's sure to be the most legendary race in Spartan history.

The sun is beginning its path toward the horizon under a still and clear sky. On the starting line, hundreds of Spartans fill the gate, each of them having earned their chance at glory. Ahead lies an almost alien landscape: sand dunes rising out of the abyss, salted rock formations and crags, a rolling expanse at oddly extreme angles—nothing flat or easy. A half marathon and 30 obstacles is what beckons; a culmination of a journey that began months ago, all for a singular purpose. At stake: the 2020 Spartan World Championship.

To understand this epic opportunity, we’ll share the details from the man behind its design and implementation. Then, we’ll let you know just how to qualify for it. Along the way, there will be plenty to learn about this proper celebration of Spartan Race that has been months in the making.

Related: Everything You Need to Know About Abu Dhabi, the Site of the Spartan World Championship

Why hold the Spartan World Championship in Abu Dhabi?

For the first time in history, the world’s best endurance athletes will journey to Abu Dhabi, UAE for the Spartan World Championship Powered by Rakuten. This means that the event that was previously held in the mountains of Lake Tahoe, CA will expand globally to the Middle East, to be contested on December 12, 2020 and sanctioned by the Abu Dhabi Sports Council. To understand the magnitude of what’s at stake here, David Watson, the Head of Sport at Spartan Race, shared the details on what you can expect with the 2020 Spartan World Championship:

“Serious consideration happened for this location, and development took over a year. Spartan has been to many out-of-the-way places, but this region had so much to offer. It has incredible history and culture, friendly people, and the city itself is refined and proud. It’s different from the design of the Lake Tahoe race (site of the 2019 world championship), and in Sweden (site of the 2019 ultra championship). Tahoe and Sweden had mountains, snow, mud, and forest. In the UAE, we went out to the far reaches of the region—known as The Empty Quarter—took a GPS, and mapped out an entire course. It was perfect. There are challenging climbs, oasis, fast running across salt flats, huge expanses between dunes, and eye-watering descents. It’s very much a proper Spartan Race.”

Watson compared the city of Abu Dhabi to Shanghai, Hong Kong, or Las Vegas, which all have a vibrant, busy atmosphere with plenty of entertainment. Additionally, this location will be central for a growing multitude of Spartan Racers that are competing from all over the globe. The opportunity to have a destination that brings the best athletes from all over the world together for one course, on one day means one thing: Spartan is looking to put global OCR on the biggest stage, without debate. As Watson shared, “We see this sport belonging at the highest level, but at the same time anyone can go out and do it themselves. Each event is obtainable—something that anybody can do.”

So, the question is: how will you make it to Abu Dhabi? 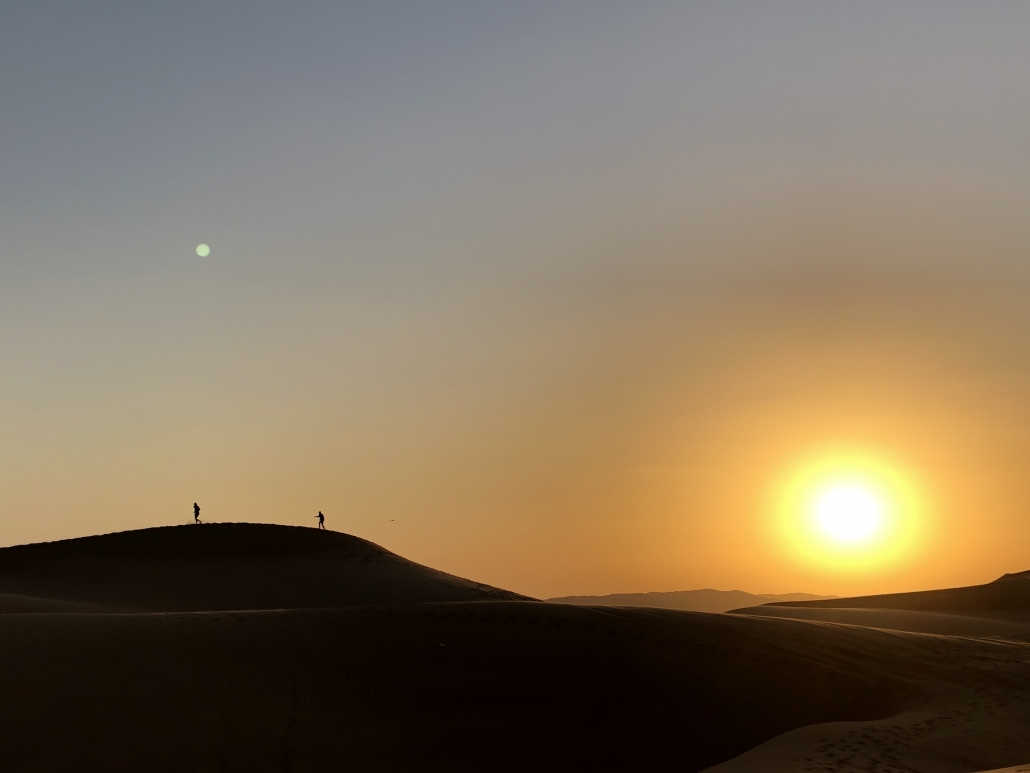 Qualifying for the Spartan World Championships

There are currently three tiers of competition within Spartan Race, and two of those tiers will enable racers to qualify for the 2020 Spartan World Championships. That means anyone in the world will be able to register and race for a chance to make it to Abu Dhabi, but they will have to earn a spot.

How It Works: The Groups

The three registration tiers are for Open entries, Age-Group entries, and Elite entries. For most Spartans racing in a local event, they will band together and compete in the open bracket. More serious competitors will look toward the age-group classification (which has 10 classes determined by five year increments)—and awards finishers with a ranking within their age group. Top-tier racers will register as elites. Of the three tiers, only racers who compete in the age-group class or elite class will earn points eligible to qualify for the 2020 Spartan World Championship.

Related: What You Need to Know About the Spartan World Championship in Abu Dhabi

What races are available? This year, in North America alone, there are over 70 different Spartan Race event weekends to compete in. Across the world participants have hundreds of race opportunities. But out of this total are only a few number of events that hold important stature as part of a national or regional series, which will count toward a racer’s point total. In the USA, racers will earn points in Jacksonville on 2/22, Seattle on 4/4, Montana on 5/3, Utah on 7/18, and West Virginia on 8/29. Outside the United States there are 15 other series of a similar nature taking place, including South America, East Asia, and specific countries within Europe.

Earning Points within Your Group

For Spartans competing in an age-group classification, finishers will earn points based on their finishing time against their competition. For elite Spartans, it’s a similar point system based on performance. Watson gave further insight about the elite class: “For the initial Spartan Pro Team (elites), we managed between 20-30 athletes who were the best in the world and competed mainly in America. Today, that number is over 240 athletes and they’re stationed all over the world. There’s a selection process for our Spartan Pro Team, but now, anyone will have a chance to earn an elite entry status.” To qualify as an elite in 2020, racers can apply using a qualifying code earned from high-performance finishes in a set race period, reviewed and issued by Spartan themselves.

Overall, racers from either of these two classes—within their age-group or as an elite—will have to race consistently across the series in order to accumulate enough points to make it to Abu Dhabi this way. But that’s not the only method of qualification.

Qualifying From a National Championship

In addition to racing in one of the 16 national or regional series, there will be five national championship races in five regional locations across the world: North America (Lake Tahoe), Europe (Oberndorf, Austria), Latin America (San Luis Potosi, Mexico), Asia-Pacific (Alviera, Philippines), and Middle East-Africa (Al Ain, UAE), that will allow participants the opportunity to qualify directly from that event.

Watson confirmed the methodology: “Athletes in an age-group or elite class will be able to have consistent performances rewarded over the course of a series, but for athletes that train year-round for the opportunity of making the Spartan World Championship from a single national championship, they’ll have that chance, too. Ultimately, some athletes will do both. Plus, the number of entries in each national championship will be substantial (with fewer spots open to qualify). To go ‘all in’ will be risky for athletes who want to just focus on a championship bid.”

How Many Racers Will Be There?

In 2020, elite spots will still be scarce, with just 1,200 total elite qualifiers available total (600 men / 600 women). There are a total of 4,500 spots for age-groupers (450 per age group, 225  male / 225 female). The advantage being elite racers will have the course to themselves for an entire day at the world championship, with prize money available to earn.

“What a huge takeaway has been for Spartan is seeing the growth in the age-group category. More than 1,000 age-groupers attended the 2019 World Championship in Tahoe, and they all had to qualify. That doubled the attendance in a single year, which is incredible and certainly one of the biggest areas of focus for Spartan. At the end of the day anyone can sign up...anyone can sign up and compete on the  SAME championship course. It’s simply a massive atmosphere,” shared Watson.

All that’s left, out of the 5,700 strong that will be racing in Abu Dhabi on December 12, 2020...is YOU. It’s time to earn your spot and make history. It’s going to be the championship of your life.