2020 is here, and we know you are just as motivated as ever to compete in Spartan Race. This year will be unique. Think: bigger, badder and better OCR than ever before. To celebrate (and inspire you!), we’ve compiled a list of epic Spartan Race facts, history, and special insights about each event—in addition to  pulling out the stops for venues that are brand new, as well as some that are Spartan mainstays. No matter if you’re an OCR veteran or new to Spartan, there is an event for everyone. Read on for one badass fact about the first 22 races of the year (and stay tuned for more installments in this series!) to get stoked and amp up your training.

Spartan Race Facts: Cool Things to Know About Every Event in 2020 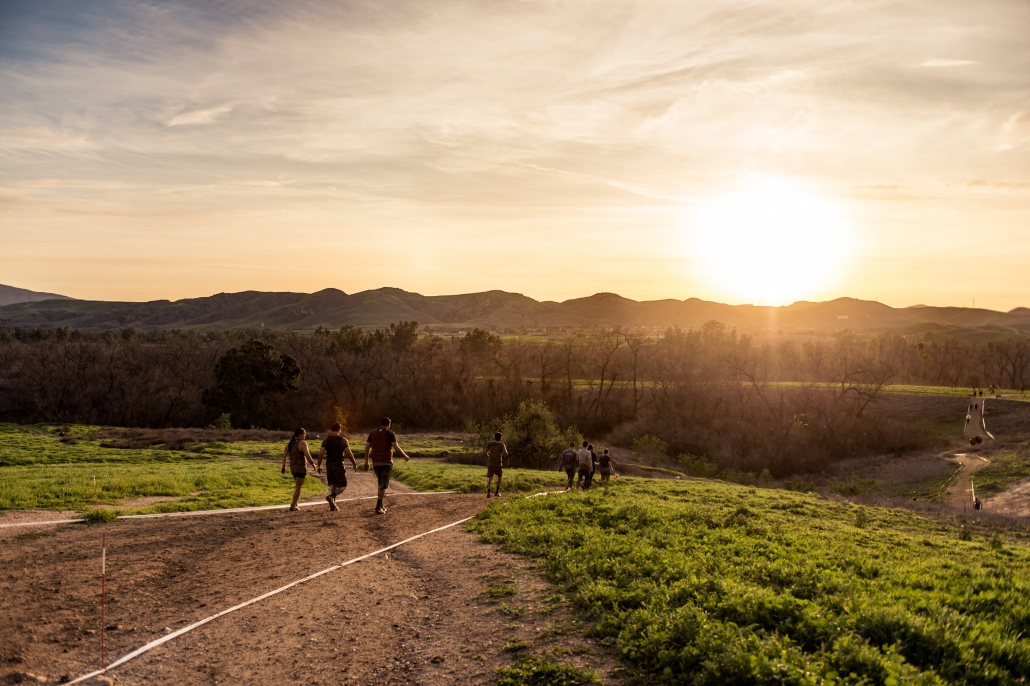 The first event of the year is also the largest event on the calendar (over 12,000 finishers completed this event in 2019). A little-known fact is that Prado Regional Park in Chino was once the site of the Olympic shooting event in the 1984 Olympic Games—and this race has some celebrity appeal with athletes like Serena Williams participating in the past. 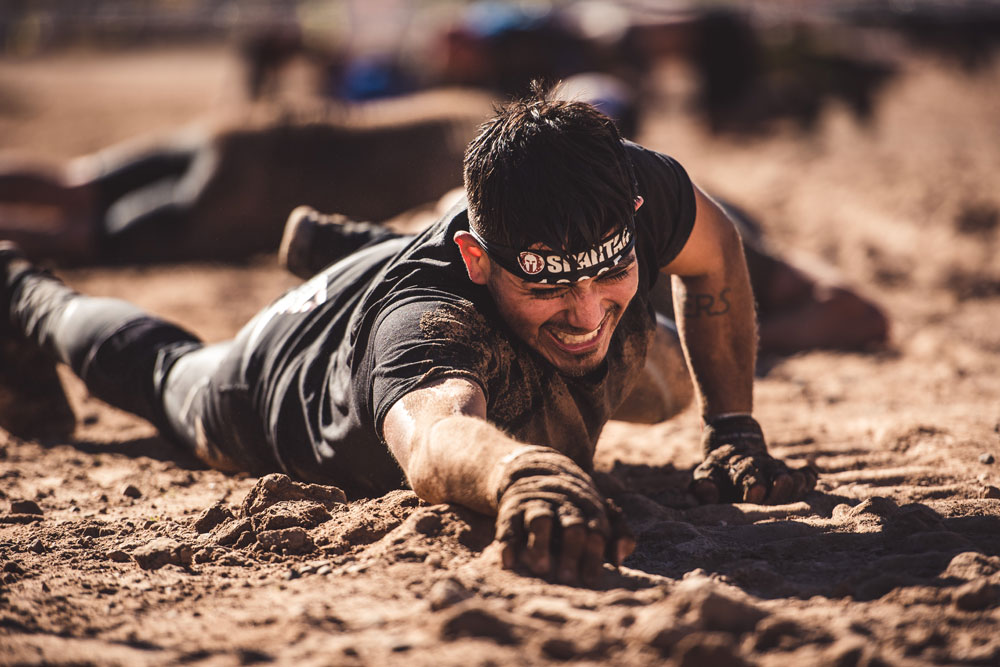 20 minutes from downtown Phoenix, this event is the only Spartan to be held on the ancestral lands of the Yavapai tribe. Spartans will literally run in the footsteps of history, as the Yavapai were known as the “people of the sun”. The Fort McDowell Yavapai Nation broke ground on the 166,341 square-foot-property—which will include a casino—in 2018. 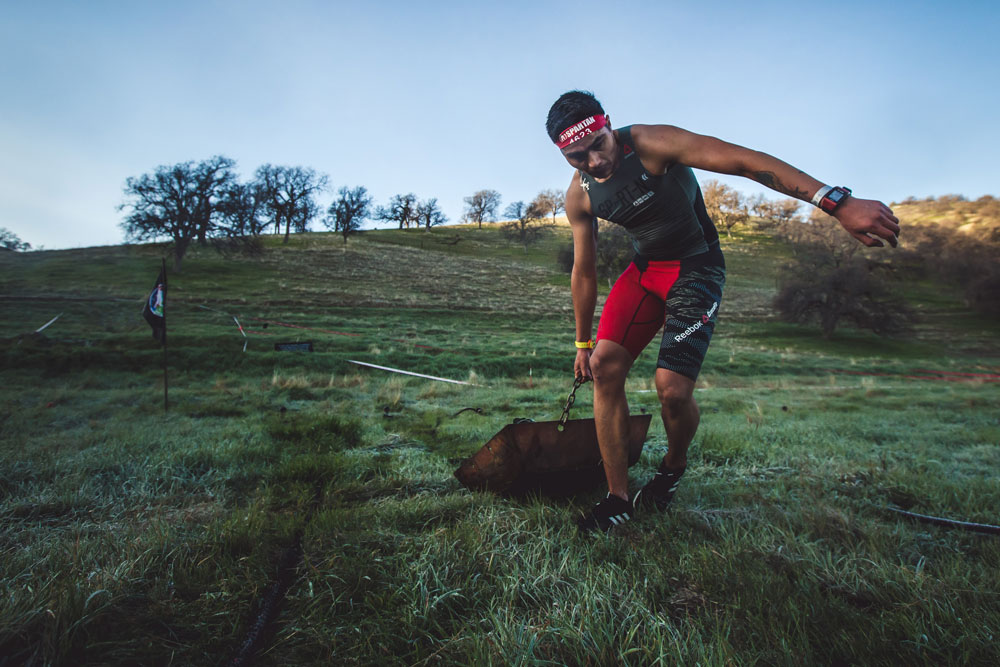 The San Jose Spartan is known for two things: an epic sandbag carry, and Amelia Boone being chased by some bovine friends in the 2017 event. We can’t guarantee that Diablo Grande will be without cows, but there will be some epic vistas to go with the sandbags. 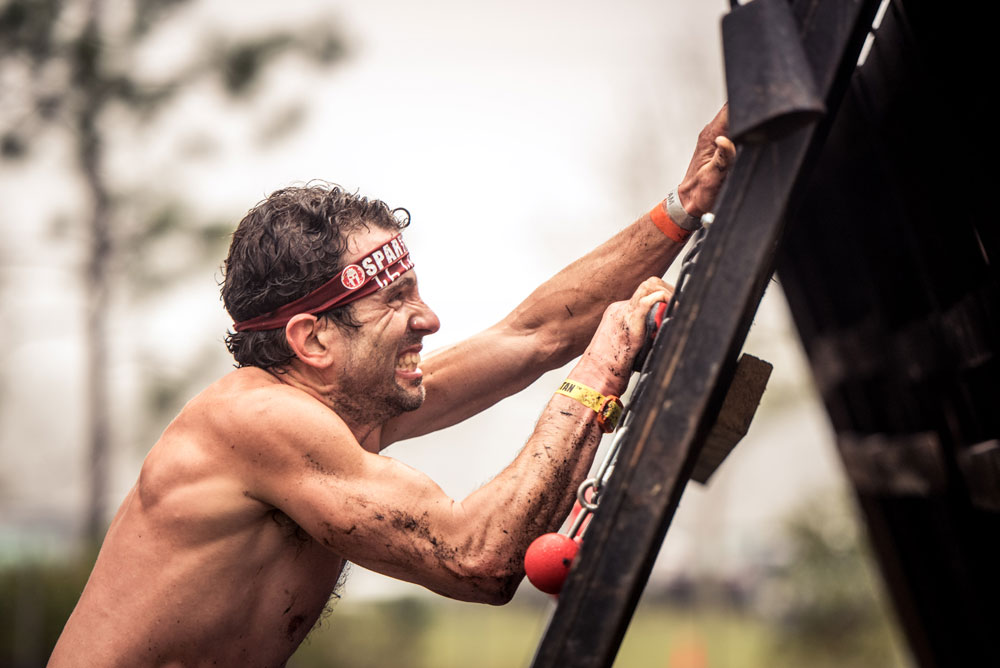 WW Ranch Motocross Park is Florida’s best motocross site, home to the World Series of Motocross. It’s also the first event of the Spartan National Series with a Pro Team Media Day, which means there will be tons of talent on site and Spartans of all levels will have a chance to interact with the top names in the sport. 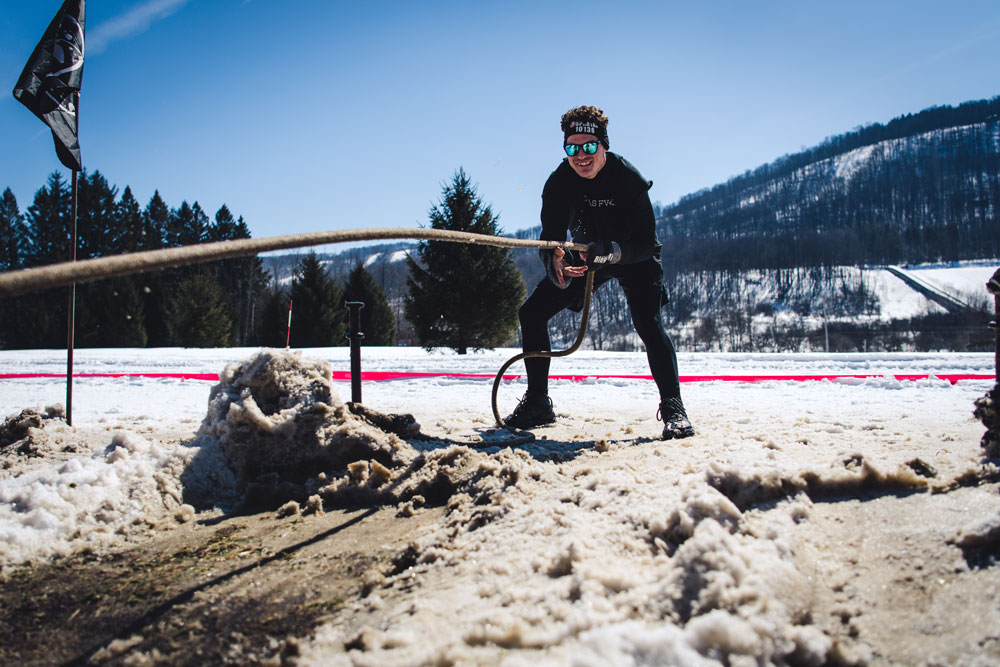 Held at Greek Peak Mountain Resort in Cortland, New York, this Spartan Race is the only one where you can earn a winter medal (complete with a unique design and coloring) as you run alongside skiers on the slopes. Every single inch of the course is covered in fluffy white snow, and be prepared to get cold: the first year Spartan was at Greek Peak, temperatures were in the single-digits with a below zero-degree wind chill. 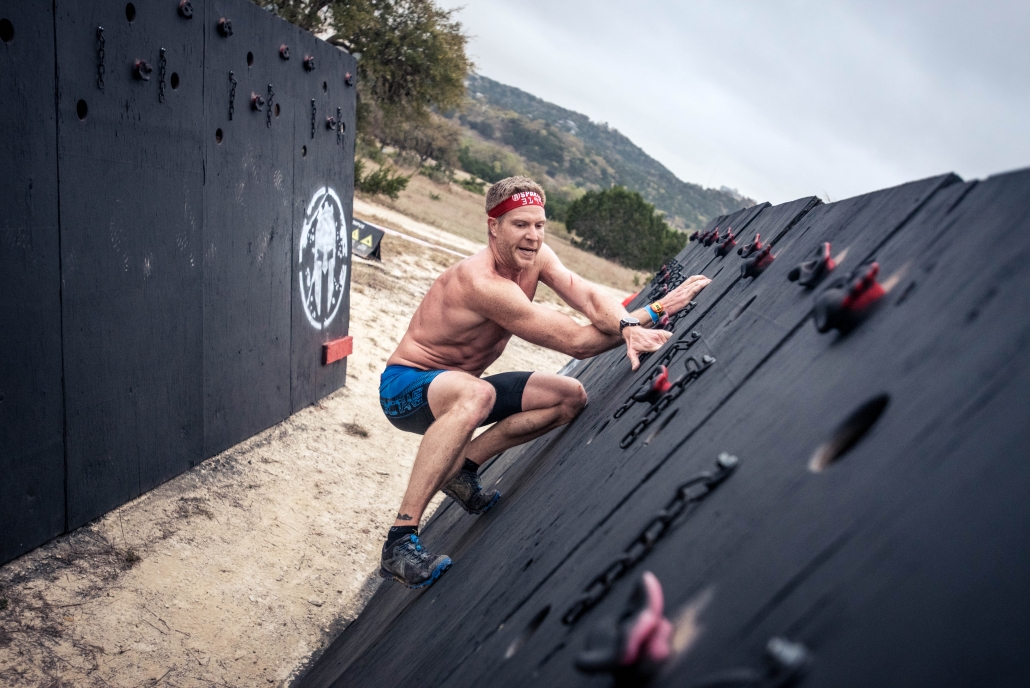 WHEN: Mar. 14-15 WHERE: Joshua Springs Park and Preserve, Comfort, TX

The Battle of the Alamo—a pivotal event in the Texas Revolution—required a thirteen day siege and battle for survival. Lucky for Spartans, this first OCR to be held at historic Joshua Springs Park, San Antonio will not last nearly as long. A prime destination for Spartans to remember the Alamo (the fort is less than an hour away) it will really be notable for breaking ground on an awesome new venue. 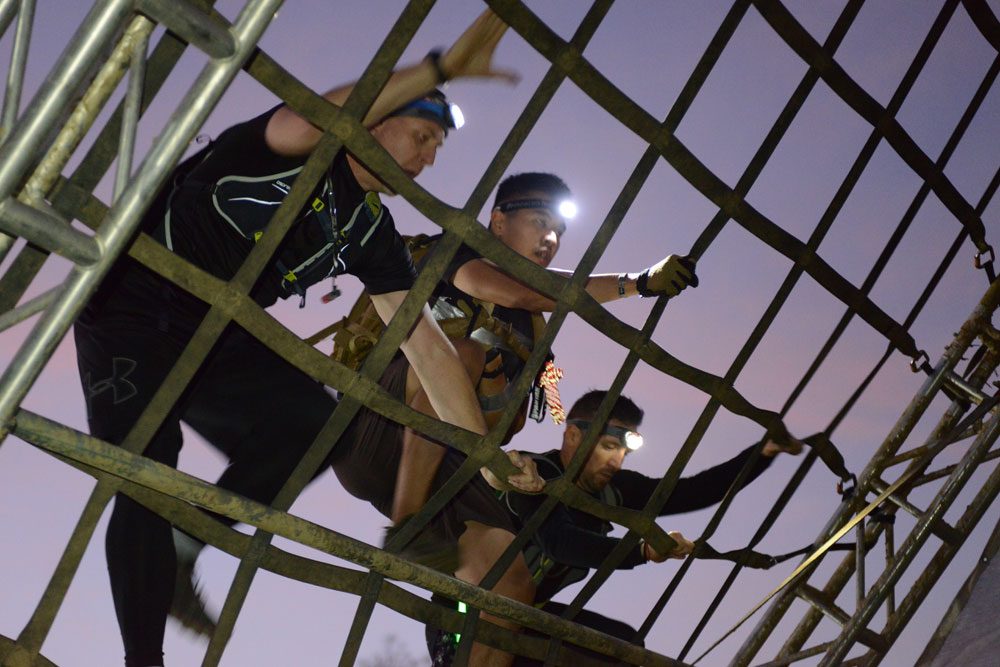 The course in San Luis Obispo—equidistant from both the Bay Area and LA—is going to be another first-time venue for OCR. One of the benefits of this venue, among others, is that Spartans can celebrate with some post-race libations right on site after the event: Santa Margarita Ranch plays host to vineyards, oak forest, rolling country, and a railroad that encircles the property. 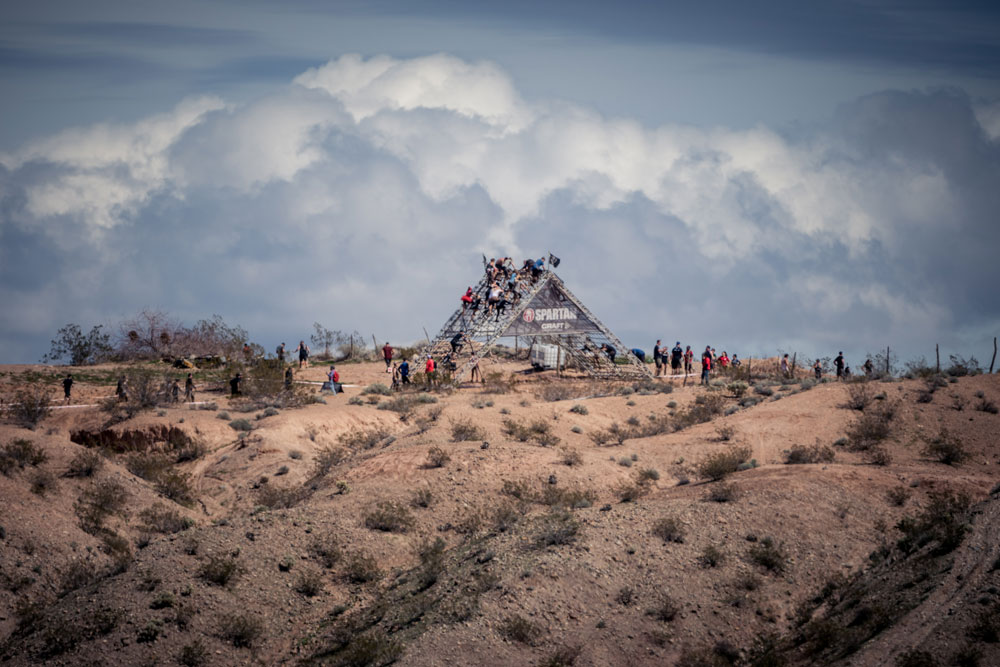 Mesquite Motocross Park at Hafen Ranch has some of the most diverse terrain available to Spartans this season. Racers can expect sand, hills, rocks, dirt, mud, grassy fields, and a river run. That means, above all else, come prepared for anything! Especially when you’re in the backyard of Sin City. 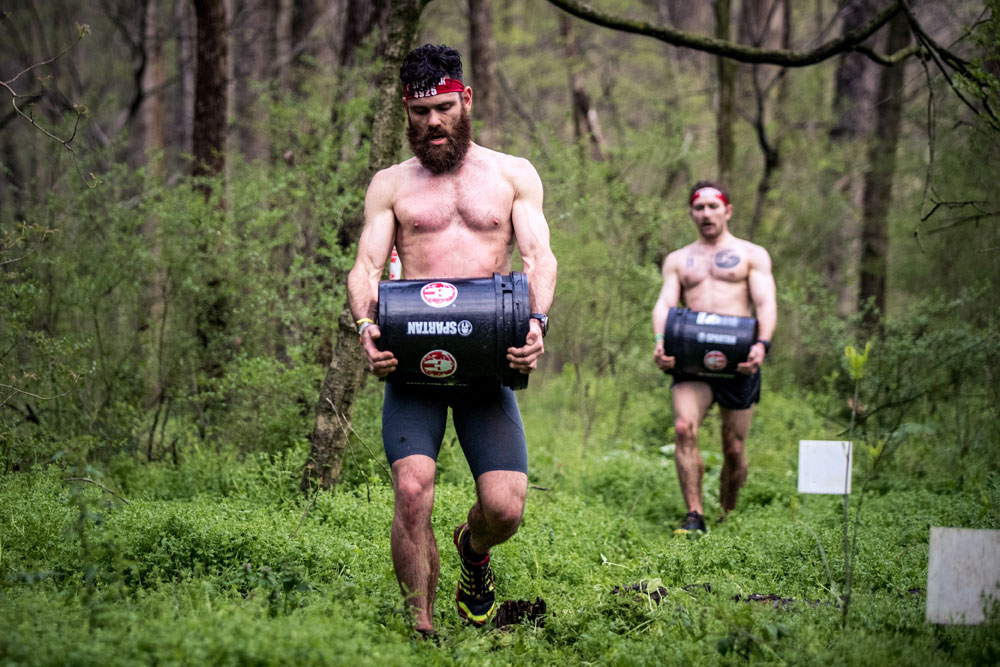 Porter Farms, the site for the 5K Sprint distance, is all family owned and operated (yes, even the dogs on site). That means as a racer, you’ll have a better opportunity to leave your mark on the course, with southern hospitality, entertainment, food and amenities all nearby. 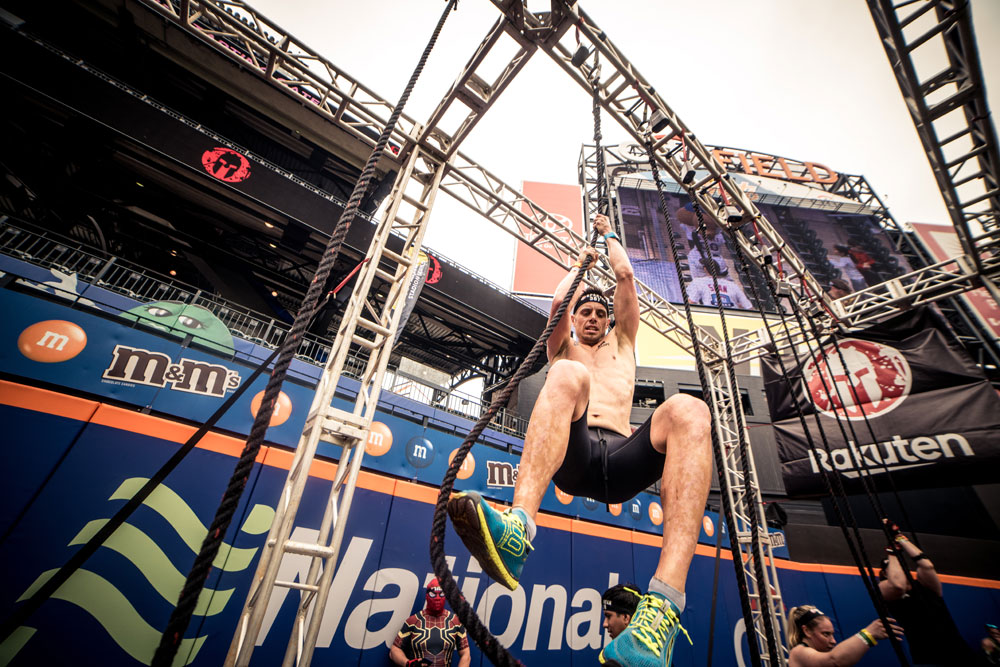 Spartans will have the chance to race under the lights at the 40,000+ capacity stadium that is home to the New York Mets. Fans of America’s Pastime will now have the chance to live the action first-hand. And, this will be the first Stadion event of 2020. 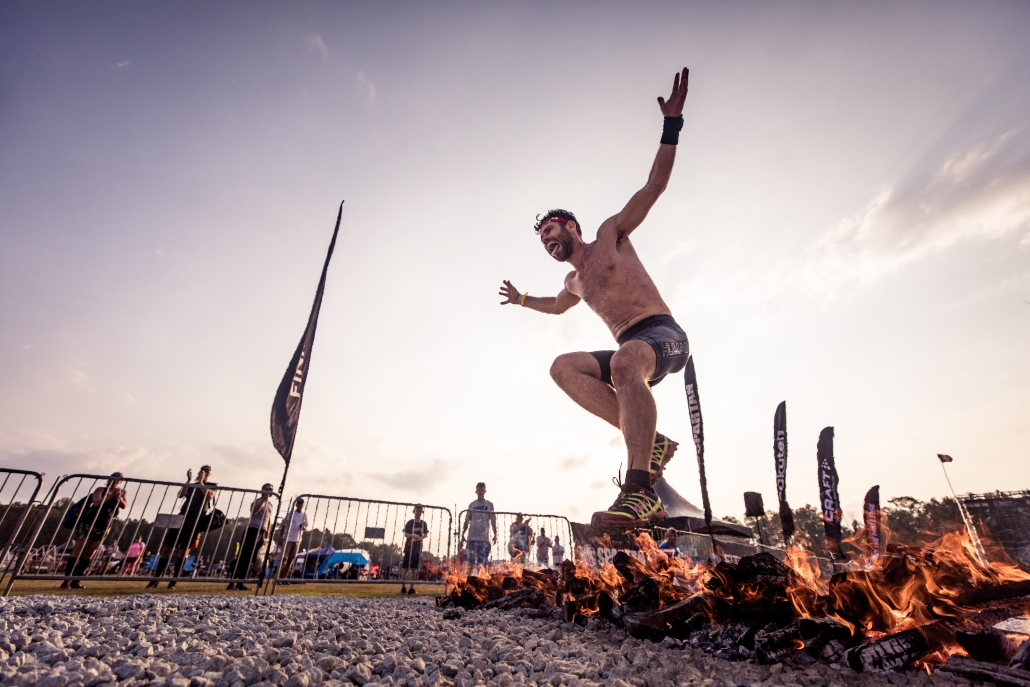 This will be the first-ever 5 km, 20 obstacle dash at Atlanta Motor Speedway. This legendary NASCAR race track hosts a variety of motorsports events, including the NASCAR Cup Series every year. For Spartans who want to go fast, this is the race to do. 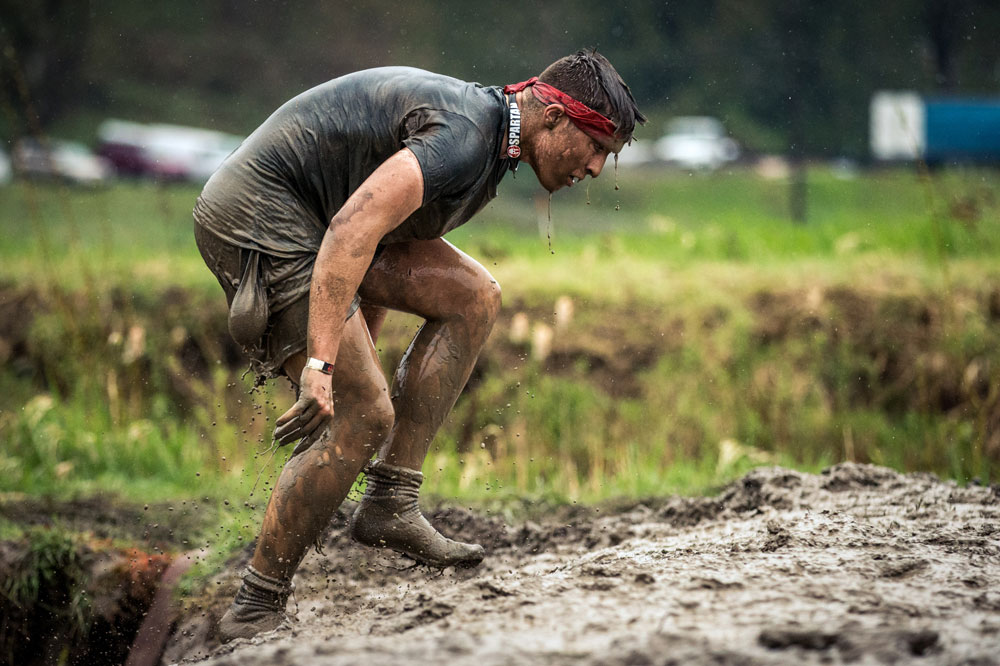 For Spartans interested in the ultimate in outdoor offerings, this event just north of Seattle features an epic cliff climb and the first trail race of the season. Essentially anything you might want in an OCR: rugged terrain, miles of single-track, beautiful vistas, mountains, lakes, and unpredictable weather, are all available here. 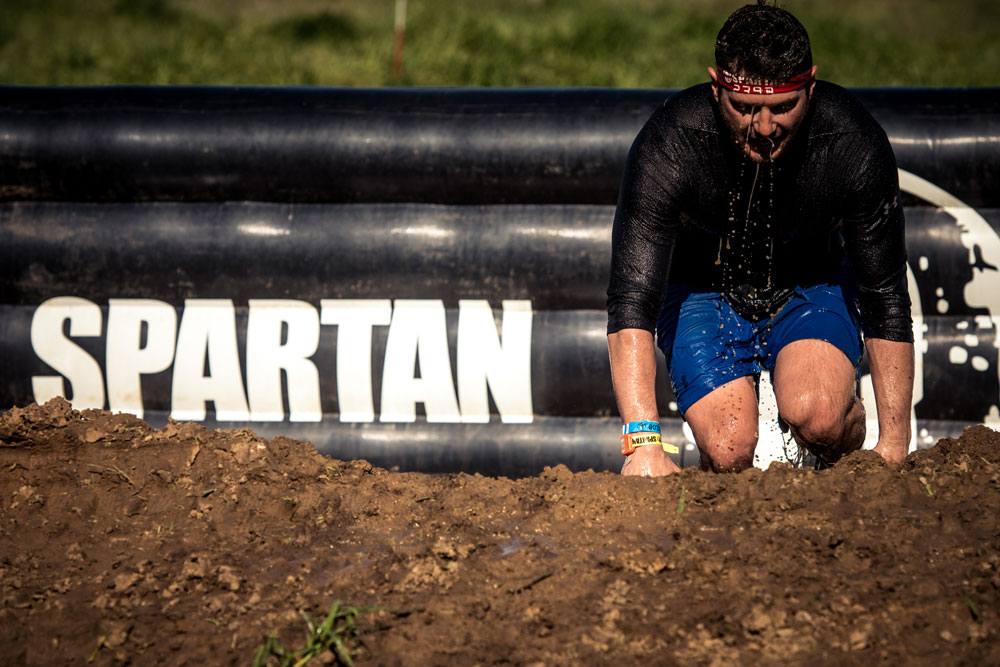 The first Spartan City event of the year brings Spartans right along the water, with epic views of the San Diego skyline and plenty to do post-race as well. 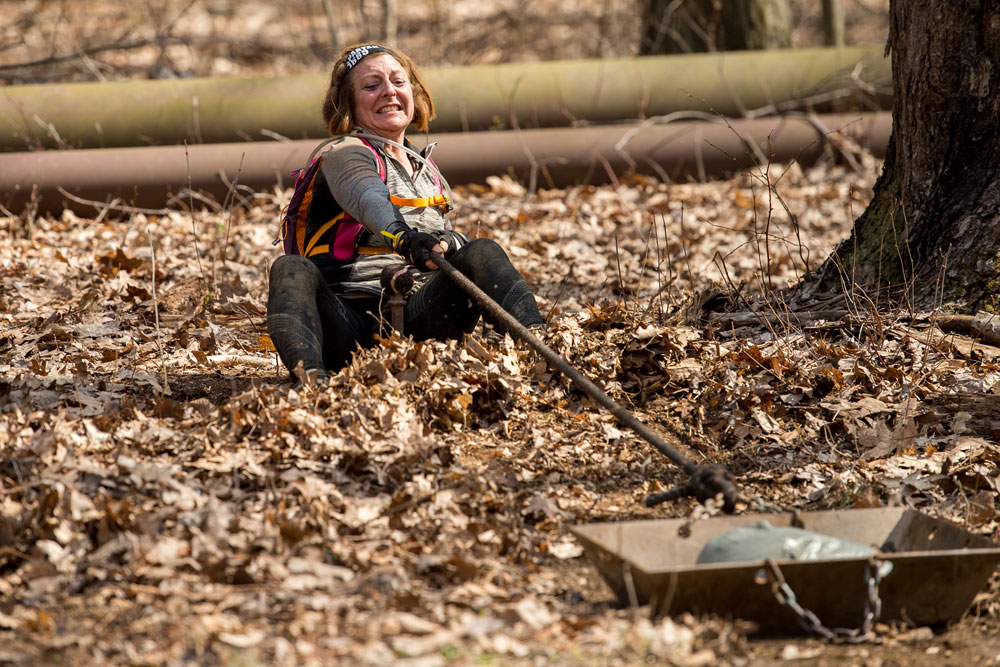 Mountain Creek Resort not only has 1,040 feet of vertical climbing, with a base of 440 feet and a summit elevation of 1,480 feet—it’s the biggest ski resort in New Jersey. What that means for Spartans is that climbs and descents will be expected, but that other surprises are sure to await as well. 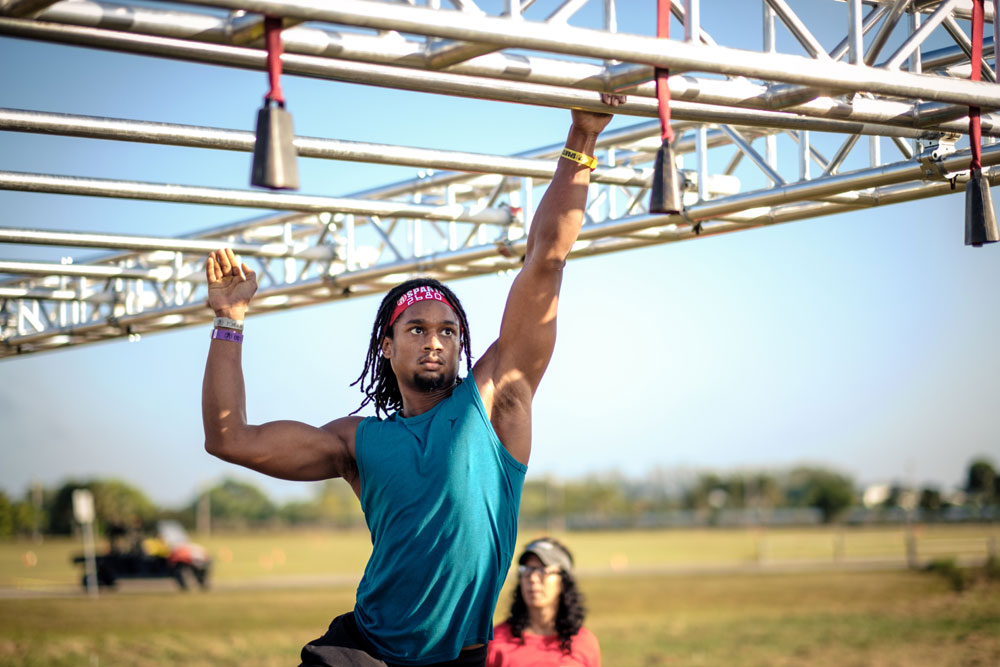 For Spartans who are looking to test their fast-twitch muscles, the Palm Beaches event is one of the fastest courses on the schedule. This race almost always has hot temps and opportunities to cool off with water obstacles along the route as well. 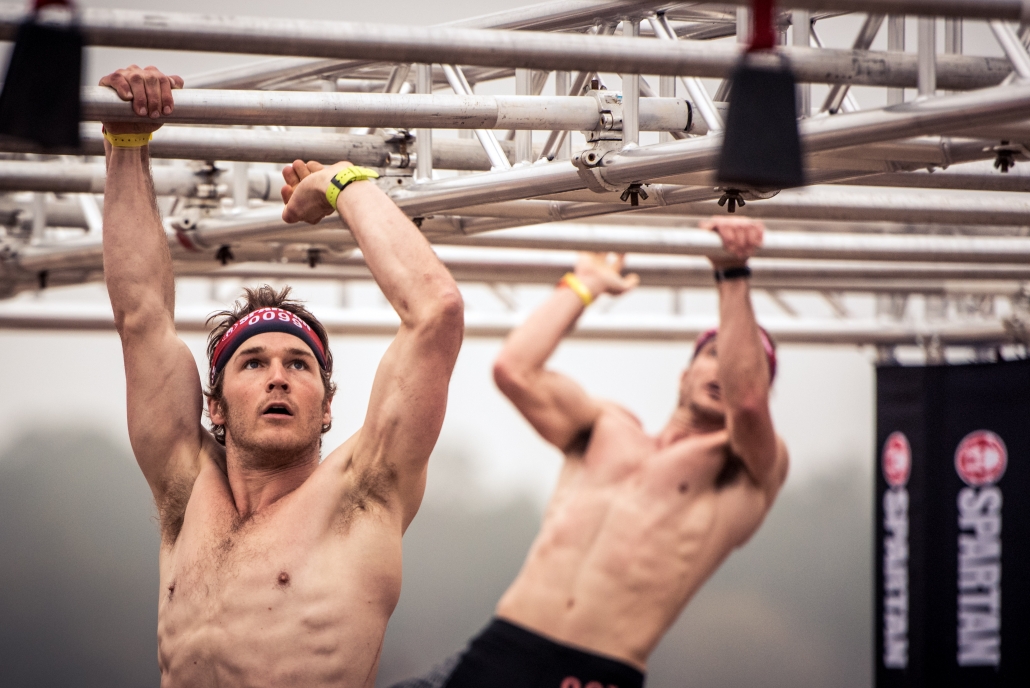 WHEN: May 2 WHERE: E. Bay Street, Jacksonville, FL

Spartans should prepare to run directly along the water of the stunning St. Johns River in this premier Spartan City race. The course proper is seconds away from the heart of downtown Jacksonville as well, with plenty to see and do once the event has ended. 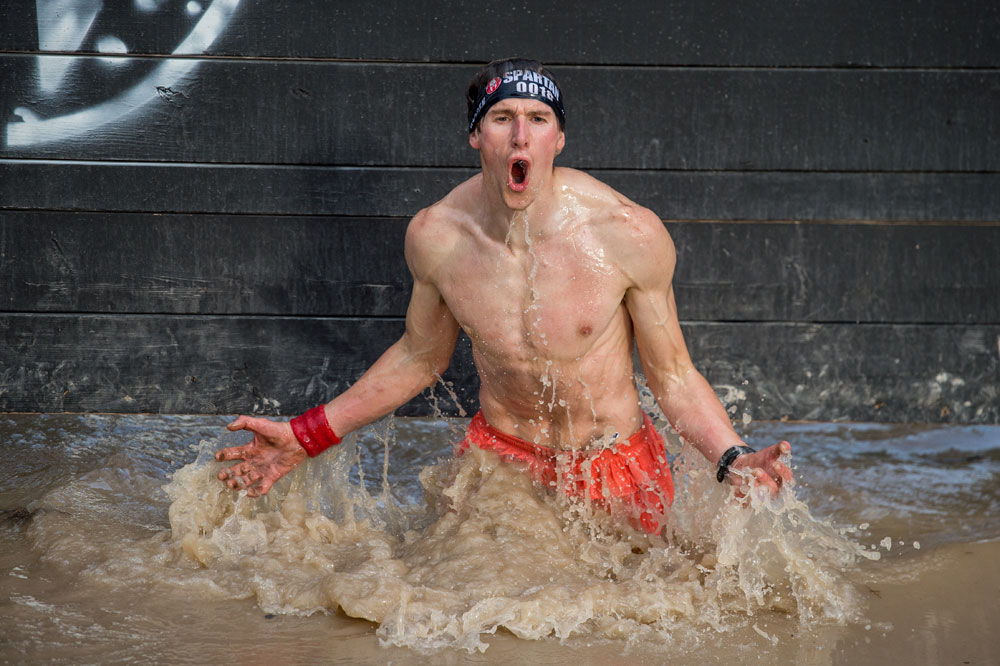 WHEN: May 2-3 WHERE: Flathead Lake, Bigfork, MT

This event is one of the toughest and most beautiful venues to compete in during 2020. Nestled against Glacier National Park, the course in Bigfork is located directly on the shores of Flathead Lake, the largest freshwater lake west of the Mississippi. Add that to the difficult climbs and obstacles—plus the certainty that elk and deer will be a part of the experience—and this will be an event not soon forgotten.

WHEN: May 9 WHERE: Sommet Morin Heights, Morin-Heights, Quebec

The first Canadian event on the schedule for 2020, racers can expect a relatively flat and fast course, but don’t be fooled by the level terrain. Springtime means snow-melts, and snow-melts means lots of mud and awesome natural obstacles to ramp up the difficulty—and the fun. 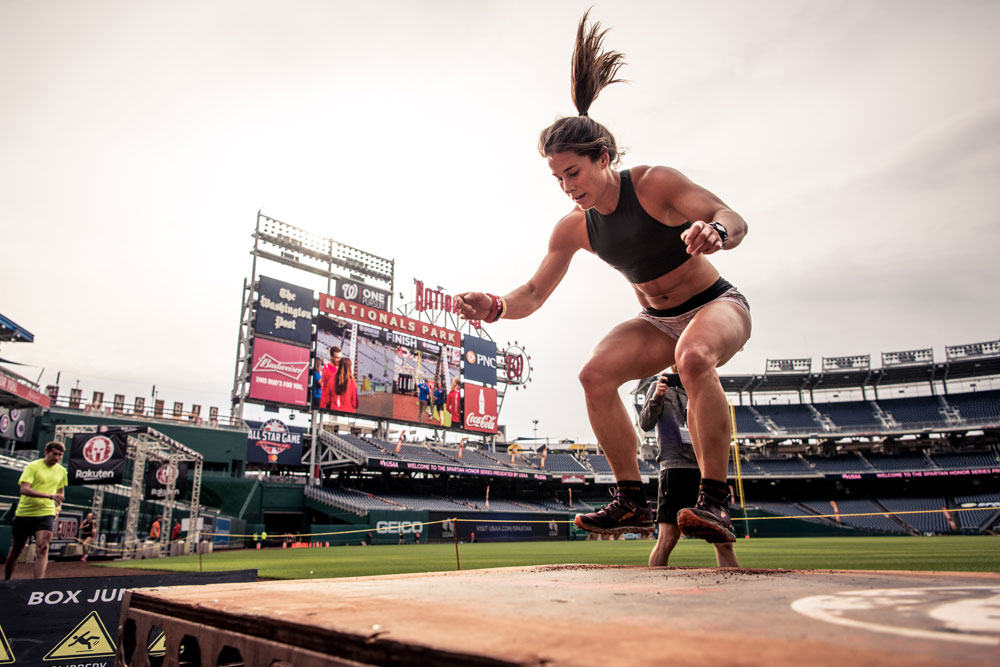 WHEN: May 16 WHERE: Nationals Park, Washington DC

Home of the 2019 World Series Champion Washington Nationals, racers can expect to do push ups in the locker room, dash through back halls, and run around the field to the finish line. It’s not often that athletes of all stripes will get the chance to run and compete where the Major Leaguers play, let alone the World Champions. 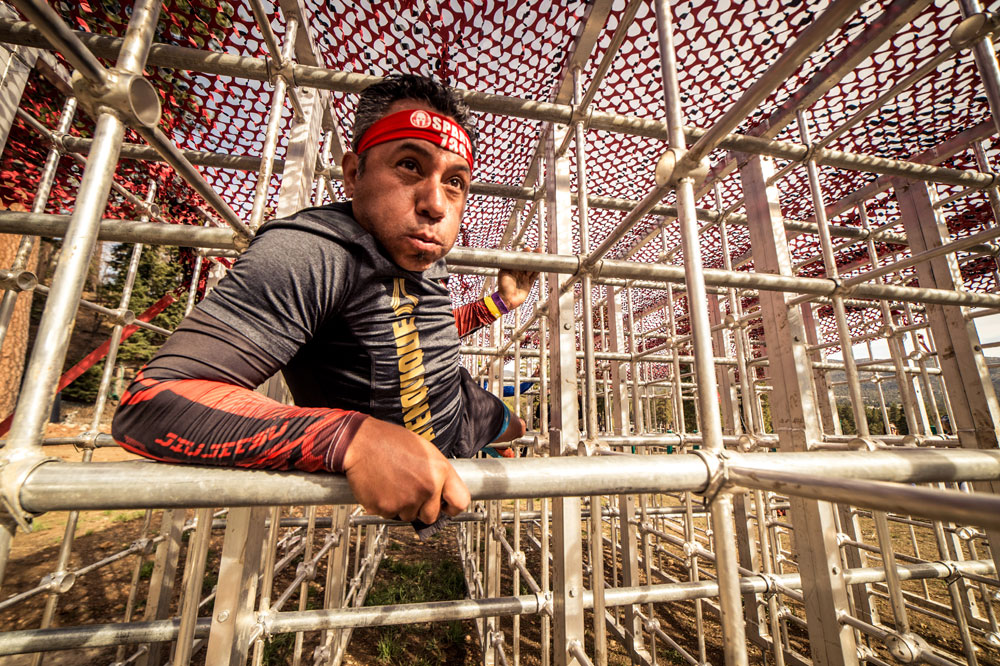 Elevation is the name of the game at Big Bear, with racers subjected to peaks as high as 8,200 ft and vertical drops encompassing 1,200 feet. What that means is that racers should plan accordingly: extra water, longer sustained efforts, and cautious foot strikes. 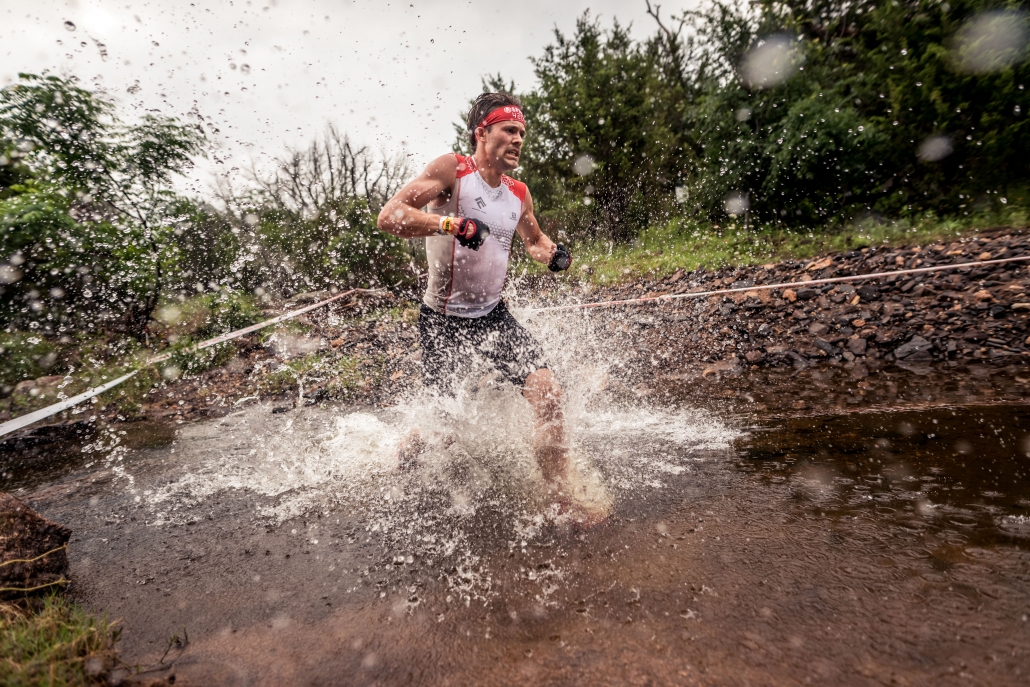 One of the cornerstone venues on the Spartan calendar, Reveille Peak Ranch is home to SWAT and Special Ops training on days not dedicated to the 62 square miles available for OCR. For Spartans, that means that racers have to expect an unforgiving environment and a tough-as-nails course. 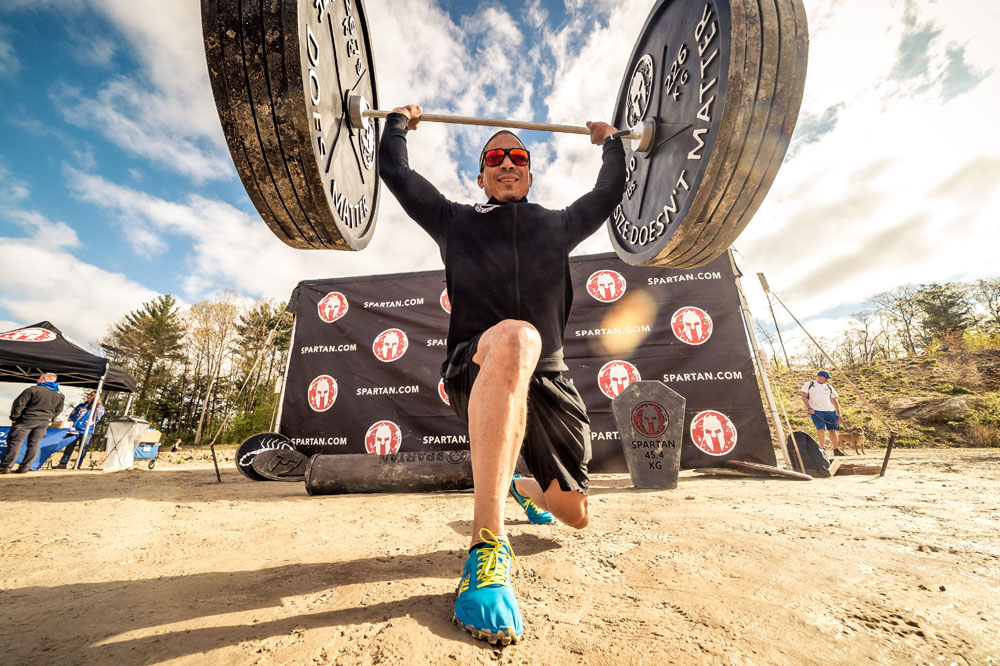 A return visit to Spartan’s backyard, this venue (508 International) is massive. Hundreds acres of trail confront racers, in addition to the challenges built to compliment the tough natural terrain. Racers should make sure to bring a towel...it’s going to get wet.