A million dollars on the line, the best of the best entered, and only the most elite Spartans have a chance at it. When it comes to championship Spartan racing, there is only one road to the top. Who, if anyone, will win the Spartan Race to a Million?

October is the month of ghosts, ghouls, and things that go bump in the night… but why be scared? Fear of the unknown exists because it is shapeless, unstoppable and unknowable. A shadow attached at the hip is fine when it belongs – but when that shadow is Ryan Atkins, there’s no telling what end it will reach. If all goes well for Atkins, it could very well mean he bags a million bucks in the Spartan $1 Million Challenge.

For five-straight years Atkins has endured a runner-up finish at the Spartan World Championship event. The 2019 edition at Squaw Valley saw Atkins as far back as 12th place by the Z-wall obstacle, before methodically storming back to finish second overall. It’s not a stretch to think that if the race were 16 miles instead of 15, Atkins might have finished on top. While that string of “almosts” might deter some from the prize, it simply emboldens Atkins.

As we look ahead to the Sparta Trifecta Championship and Swedish Ultra Championship, the new terms of the Spartan Race to $1 Million also poses a unique opportunity. While we recently profiled 2019 Spartan World Champion Robert Killian and his shot at the coveted $1 Million prize, an athlete in Ryan Atkins's position might theoretically succeed where no other man can.

Related: Everything You Need to Know About the Race to a Million

We wrote that “To earn the full million, men will have to finish first in Tahoe and the Trifecta World Championship, and then make it over 100 miles in Sweden.”

Here’s where things get interesting. The language of the $1 Million Challenge rules actually states: “Your finishing place in Tahoe and Sparta will be subtracted from the total miles, of course, you complete in Sweden. For example: If a racer completed 100 miles in Sweden, placed 1st at Tahoe, and 1st at Sparta they would earn 98 points. Therefore, to win the $1 million: an Elite Male racer must earn 98 points or higher.”

The minimum benchmark of 98 points would suggest that only a male elite finisher who finishes first in both Tahoe and Sparta and runs 100 miles in Sweden would have any shot at $1 million. But in reality, the new rules don’t prohibit non-winners from any of the three events from qualifying. If someone, like Atkins himself, didn’t win one of the three events outright, it would simply make achieving the 98 points harder from the other two championships. Harder for some, but exactly the kind of challenge Atkins lives for.

Related: The Remarkable Story of the 2018 Race to a Million, and What to Watch for in 2019

Here’s what Atkins had to say to Spartan Race about his thoughts on the 2019 $1 Million Challenge: 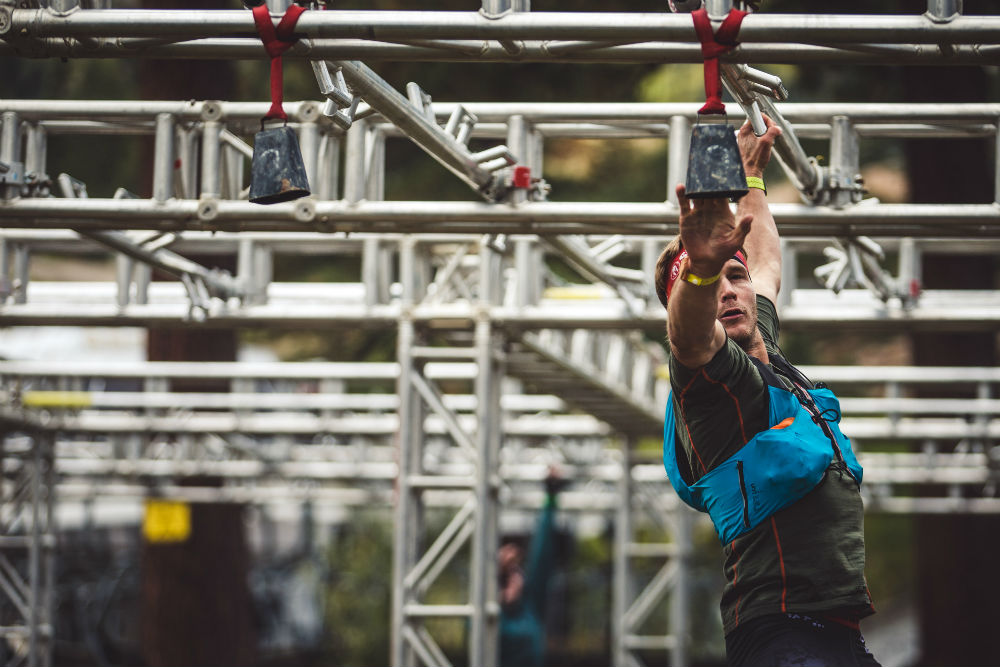 A Q&A with Ryan Atkins

Spartan Race: How was the experience in Tahoe this year? Ryan Atkins: I was super happy to have raced such a great race in Tahoe. I'm proud of my performance.

RA: I'm not going to focus on the Greece trifecta, but instead put all my efforts into Sweden. I love 24-hour races and I can't wait to suffer in a new country.

SR: Do you have any training-specific plans before these major events? Do you plan on acclimating early?

RA: I'm heading down to my favorite place to train: the Adirondack Mountains of New York for nine days of intense training to prepare. I'm stoked to get there and explore the area. I won't be acclimating much to either Greece or Sweden. I'm going to arrive a few days early, get over the jetlag and try to race my best.

SR: Any opinions on the courses for Greece or Sweden?

RA: I don't know much about Greece, but based on what I've heard about Sweden, it’s going to be really hard to hit 100 miles. The snow, the amount of vert and the obstacles will really slow us down out there.

SR: Do you plan on doing anything different with nutrition or fuel to get you through it?

RA: I've got my nutrition pretty dialed in for long events. I'll be using a combination of real foods and easy-to-digest powders.

For an athlete like Ryan Atkins, the runner-up finish in Tahoe is simply another opportunity to improve. And with the race to $1 million on the line, a focus on the brutal conditions in Sweden might just enable Atkins to springboard past athletes who placed higher in the other two championships.

If Atkins goes beyond 100 miles in 24 hours in Sweden—a truly Herculean task—it might cover the deficit brought about by finishing out of first place overall in the other two championships. He would just have to gain mileage to cover his finishing places elsewhere (enough to exceed 98 total points)...a bit like hunting down elusive prey and giving Atkins enough time to make up ground to win. If anyone can do it, Ryan Atkins will be ready for the task.