When Kayla Webber sets a goal for herself, she keeps it. No matter what.  That’s how she lost over 80 pounds back in 2009. It’s how she completed her first Spartan race in 2014. It's why she was able to bounce back from a disorder called QT syndrome — making her an inspiring Spartan-strong QT syndrome survivor. And it’s how she continues to keep the bar high when it comes to staying fit and strong. As she says herself, “When I set a goal, it’s not an option to not complete it.”

But life has a way of testing us and our commitments. And for Kayla, that test came last year as she prepared to cross four trifectas off her fitness to-do list. The Montana native had been slowly increasing her Spartan achievements since falling in love with the sport four years ago.

Related: How Rea Kolbl Crushes It

Crossing her first finish line in Bigfork, Montana, she said, “I was so proud to have finished, but I was left wanting to conquer the obstacles I had failed and so challenge myself even more.” Kayla kept racing, and in 2016 completed her first two trifectas. More trifectas and an ultra in 2017 saw her qualify for the inaugural Ultra World Championships in Iceland, which, she claims, is one of the most thrilling—and toughest—race events she has competed in. 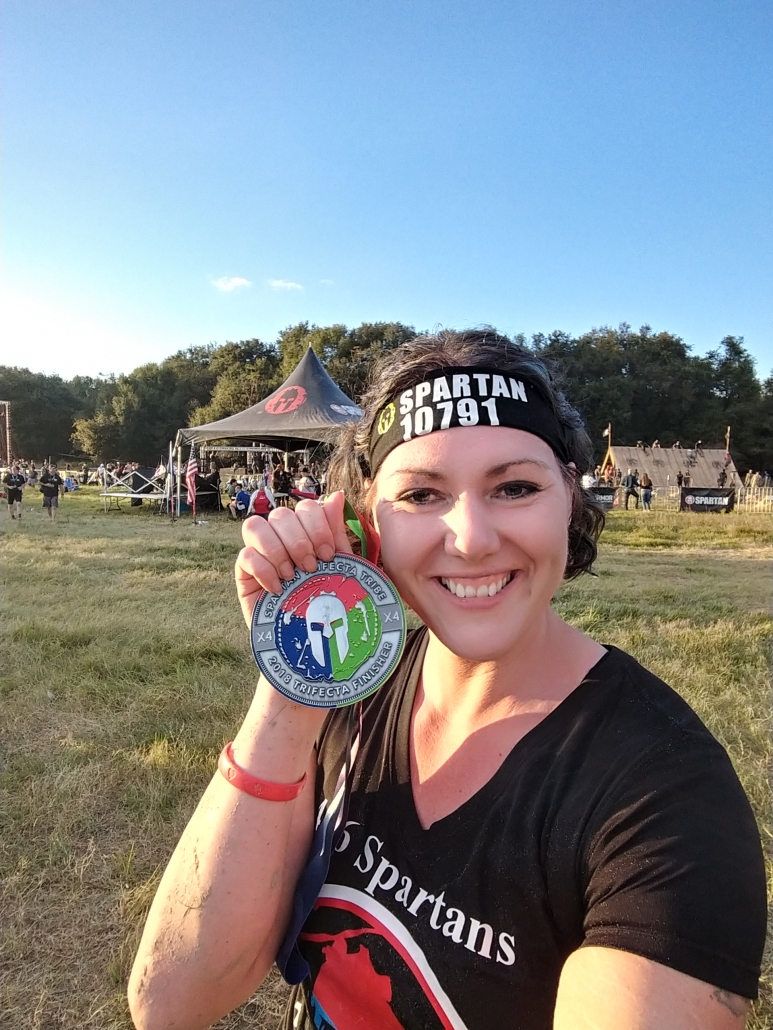 At the same time, the once heavily overweight bank employee decided to ditch her day job and train as a fitness instructor. Getting certified as a Les Mills Bodystep and TRX coach, she became a regular at Access Fitness in Great Falls, Montana, where she trained and taught increasingly popular classes.

However, in late August last year, with 10 Spartan races already behind her, an ill-placed landing while exercising resulted in a broken foot. “Doctor’s orders were no weight bearing for at least six weeks, and I was registered for the Seattle Beast in under three!” Kayla exclaims. “There came my first deferral, rescheduling for the Dallas Beast on October 27. A little against the orders of my doctor, I was still committed to run the Tahoe Beast on September 29, which I did and thus completed my third trifecta.”

However, life had not finished testing Kayla. Two weeks before the Dallas race and only two months after her 36th birthday, Kayla was training at Access Fitness when she suddenly felt a searing pain in her chest and collapsed. She had suffered a cardiac arrest.

Her boyfriend, who was with her at the gym, acted fast, performing CPR on her while others called an ambulance. Throughout the ordeal, her heart was shocked three times before she was finally stabilized.

Subsequent medical tests revealed that Kayla had long had QT syndrome. QT syndrome is a disorder of the heart’s electrical activity which results in an erratic heartbeat.

It was scary stuff. QT syndrome can cause sudden death in certain cases. Kayla had surgery to have a subcutaneous internal cardiac defibrillator put in, and a week after she was admitted to the hospital, she was home recuperating.

Statistically, only 6 percent of people who suffer cardiac arrest outside the home survive, so Kayla knows just how lucky she is. “It’s sometimes hard to believe I’m in such a small statistical group, and it definitely has made me more eager to live life to the fullest,” she admits.

To Kayla, “living life to the fullest” means racing, and even during that first week out of the hospital, her mind kept returning to the goal she had set herself at the beginning of this eventful year. “I kept thinking: I still need . . . one . . . more . . . beast.”

Dallas was obviously a no-go, but she decided to have a look at the rest of the year’s race schedule anyway. “I am incredibly stubborn, and won’t give up on my dream,” she says. “So I looked up the most feasible race that I could attend, and there it was: the Florida Beast on December 8.”

A lot of rest and a little training was all that Kayla could do before lining up for her last race of the year and her only opportunity to complete the goals she had set for herself 12 months earlier. She had driven down to Florida with her mother who had come to cheer on her strong and determined daughter. “People saw my Montana shirt and were amazed I’d traveled so far,” Kayla remarks. “None of them knew what I had actually gone through to get there.”

Covering 22 kilometers (14 miles) in the rolling hills outside Mulberry, the Florida Beast course was demanding by anyone’s standards. For Kayla, it was, she says, “probably my hardest race ever—even more so than Iceland.”

“I had to walk the whole race, and some of the overhead obstacles such as the monkey bars and rope climb were particularly tough since I’d been restricted from training for a while. However, I conquered the monkey bars and that feeling was incredible, especially since only two weeks before, I could only make it to four rungs on our practice rig at my gym.”

When she crossed the finish line and received her medal, Kayla broke down in tears, and her mother, who had been watching from the festival area, slipped through the barricades and rushed to hug her. As mother and daughter stood there in a fierce embrace, no-one watching them could have truly understood just what an immense accomplishment this had been.

“It was as if I had completed the final test to prove that I had survived and that I really can continue to race,” explains Kayla. “It was not just a 14-mile race; it was a six-week journey, post surgery, to complete a goal that was supposed to have been done in September. It’s hard to describe how that felt.” 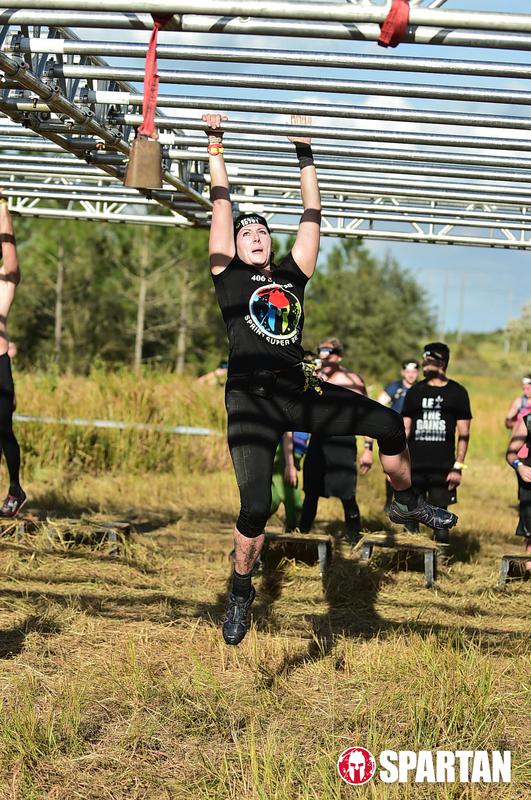 The QT syndrome and her recovery is something she's obviously mindful of. “I have to be a little more cautious due to my implanted ICD, but my doctor said I could continue with the activities I was doing before the cardiac arrest,” she says. “That is a huge relief because really, I don’t know what I’d do if I had to give up racing or teaching fitness. These are my passions. I love Spartan races, and I need to be able to keep doing what I love. I can’t let what happened to me affect how I live.”