A quick report from halfway through the 30-day Spartan Burpee Challenge.

Back in June I joined in with the Burpees for Vets project being led by SEALFit's Mark Divine. Essentially committing doing burpees for the rest of the year to help raise funds for Mark's efforts to help combat veterans work through post-traumatic stress. (Please accept my deepest gratitude if you pitch in some dollars to help with the cause. As I've written previously, the suicide rate for our veterans has been reported to be more than 20 per day. Mark Divine and his team are taking on a battle where they will need all the help they can get.)

Then around July 4th I wrote that I was going to set a burpee goal for 30 days. One I wasn't sure I could do. In the article, I asked if anyone wanted to join me in the effort and to drop me an email if they did.

When I was writing this sentence I was imagining I might hear from a few others out there that, like me, had fallen out of shape and wanted to jumpstart some training. Or others who wanted to join Burpees for Vets.

I was also thinking about how a burpee challenge would push me to figure out how to get in some solid exercise every day, despite how busy things were (both my wife and I work. We have a 4-year-old and a 1-year-old. Commutes. Chores. Scattershot sleep. That kind of thing. I got in the habit of letting exercise slide to "maybe tomorrow.").

We published the article and I immediately moved on to other tasks, forgetting about the invite.

Until the next day, when I received about 200 emails from folks who wanted to join in. Then another 100 the day after that. And it kept going.

I wasn't close to being prepared to stage something of this magnitude. I had pictured there would be maybe five of us and we'd email each other, "Hey! Did my 100 today. How about you?"

By July 9, we had whipped together a Facebook group and got started on a 30 day challenge. There are more than 500 in the group. It's an amazing bunch. All ages, some are Spartan racers, some are training for their first race, but most I sense are like me, wanting to wrangle their seemingly barely-in-control lives with a daily dose of hardnosed discipline. For fitness, sure, but also something to keep grounded with.

So here's the thing: Like with all hard physical things, like Spartan racing and CrossFit, this attracts a positive and supportive cohort. It's been remarkable being a part of this diverse and supportive group. No complaints. Everyone positive. Everyone with some humility and a sense of humor. A testament to what we have in common: A fear-respect-love thing for a 6-count bodyweight exercise invented decades ago by a YMCA fitness nut.

Here are some photos from within the challenge. We wrap up in August and I'll do my best to report on what happened: Successes, failures, stories, videos, and also talk about when we might put together another one for anyone interested in..well, in doing a lot of burpees. 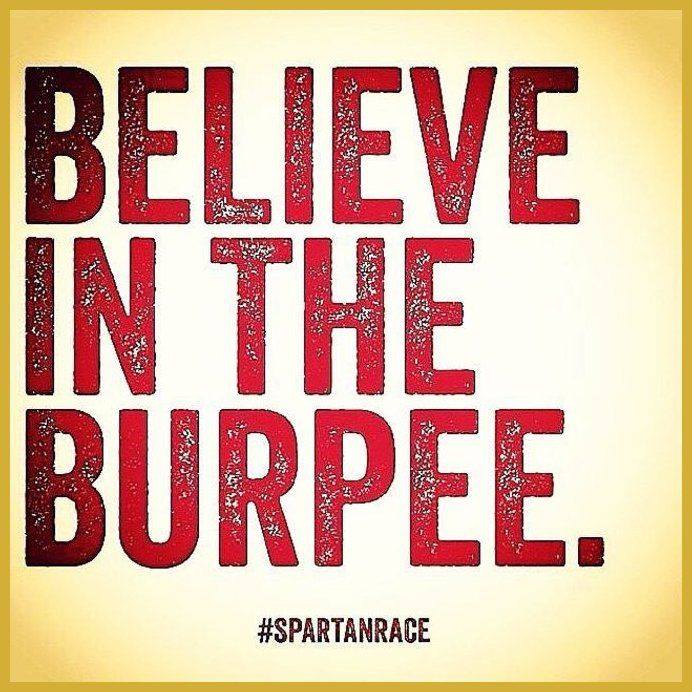