Up-level your training and get a date on the calendar NOW. Don't miss our holiday-only bib special: 35% off all Spartan Races and heats — register here!

Thanksgiving: a holiday focused on family, feeling good, and feasting. But what about fitness? Look out your window in a major metropolitan area and you’re likely to see hundreds, if not thousands, of athletes active for the occasion. And what could be better for a Spartan than sweating hard and earning their meal? Today we share the Turkey Trot origins and crazy facts related to this epic Thanksgiving Day fun run. Plus, read about why you should celebrate (in Spartan style) with a Turkey Trot.

Running on Thanksgiving is nearly as old as the holiday itself. Prior to President Abraham Lincoln making the harvest holiday a nationally-celebrated day off (supposedly chosen as a Thursday to avoid conflicting with major religious observances — score for a four-day weekend!) in 1863, individual states hosted their own Thanksgiving holiday at different times. It was mainly a tradition in New England and other northern states, and it’s here that one of the earliest accounts of Spartan-esq off-road mud running was recorded in New York: The Westchester Hare and Hounds ran a three hour “chase” on Thanksgiving Day in 1878.

Related: How to Increase Your Running Efficiency by 50%

Marathon running wasn’t even a thing, yet, but let’s set the scene. For 48 hours leading up to the first Turkey Trot it rained heavily. But despite crappy weather, according to Outing Magazine, the runners just wanted to run.

“The young athletes were too interested in the novelty of the thing to care about a little mud, and a goodly pack stripped for it just to see what it was like.”

And yes, they do mean they stripped down for it. In New York City. In November. In a rainstorm. Here is a further description of the extreme follow-the-leader episode:

“The mud was ankle deep, even on the roads. The streams and creeks had overflowed, and the swamps and low-laying fields were all flooded... The [leaders] had an idea that the course must be made difficult, at all costs, and for three hours led the [runners] on a merry chase over sticky, plowed fields and through almost impassable swamps and underbrush… They had a grand feast that afternoon, and wound up the day with speeches and songs.” Sounds pretty close to a Spartan Race to us! Read on for some crazy facts and learn more about why people race the Turkey Trot. 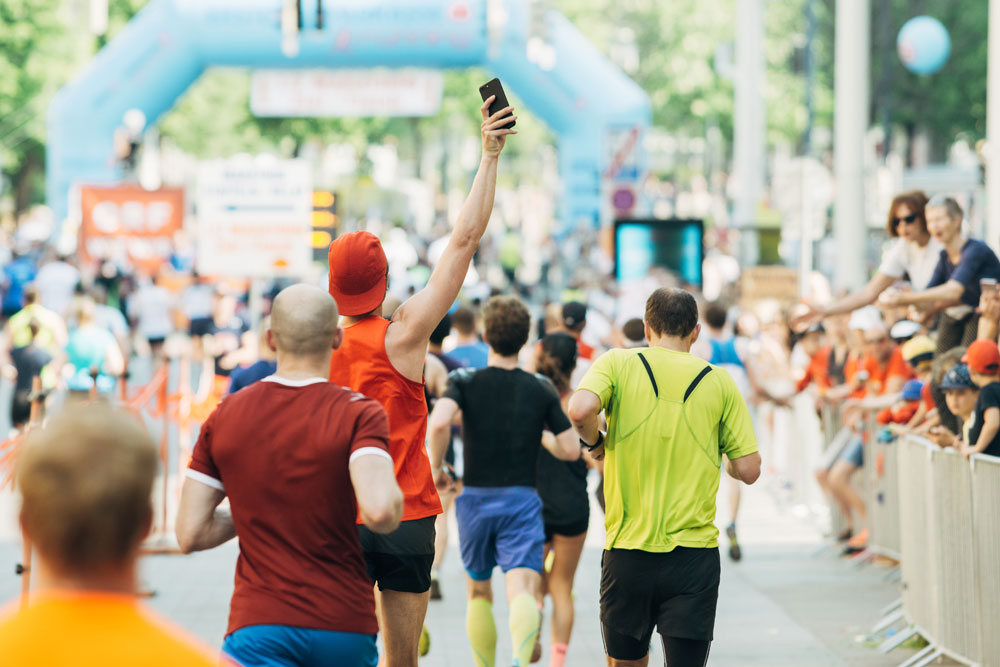 Lucky for us, this kind of bizarre endurance-oriented celebration became an annual fixture. What follows are some insane stats related to the act of grouping up, running hard, and carving in:

No matter if you celebrate the holiday by sleeping in and feasting big, or by lacing up and taking to the streets — know there are plenty of others doing the same, all setting records of their own.