Justine McCabe was at work when her brother called to say that her mom had died. She’d fought a hard battle against breast cancer, and while the chemotherapy had put her into remission, the drugs had caused septic shock and organ failure. Then fluid filled her lungs, her heart enlarged, and her body stopped processing medications properly. She died, unexpectedly, in her sleep. “It hit me like a wrecking ball and instantly put me in a daze,” McCabe says. “I couldn’t believe it was real.” The most jarring part was that right up until her death, her mom believed she'd recover. She lived that final year thinking, “When I get better, I’m going to change my life.” But she never got the chance.

That was 2014, during a time when McCabe was already fighting other battles: She had two herniated lower discs from a snowboarding accident. That injury, coupled with the fact that she weighed 313 pounds, made some days hard to get through already. After the news of her mother's death, she fell into a depression. But she managed to pull herself together for her wedding. The summer after her mom died, McCabe married her husband.

She didn’t know she would lose him, too. 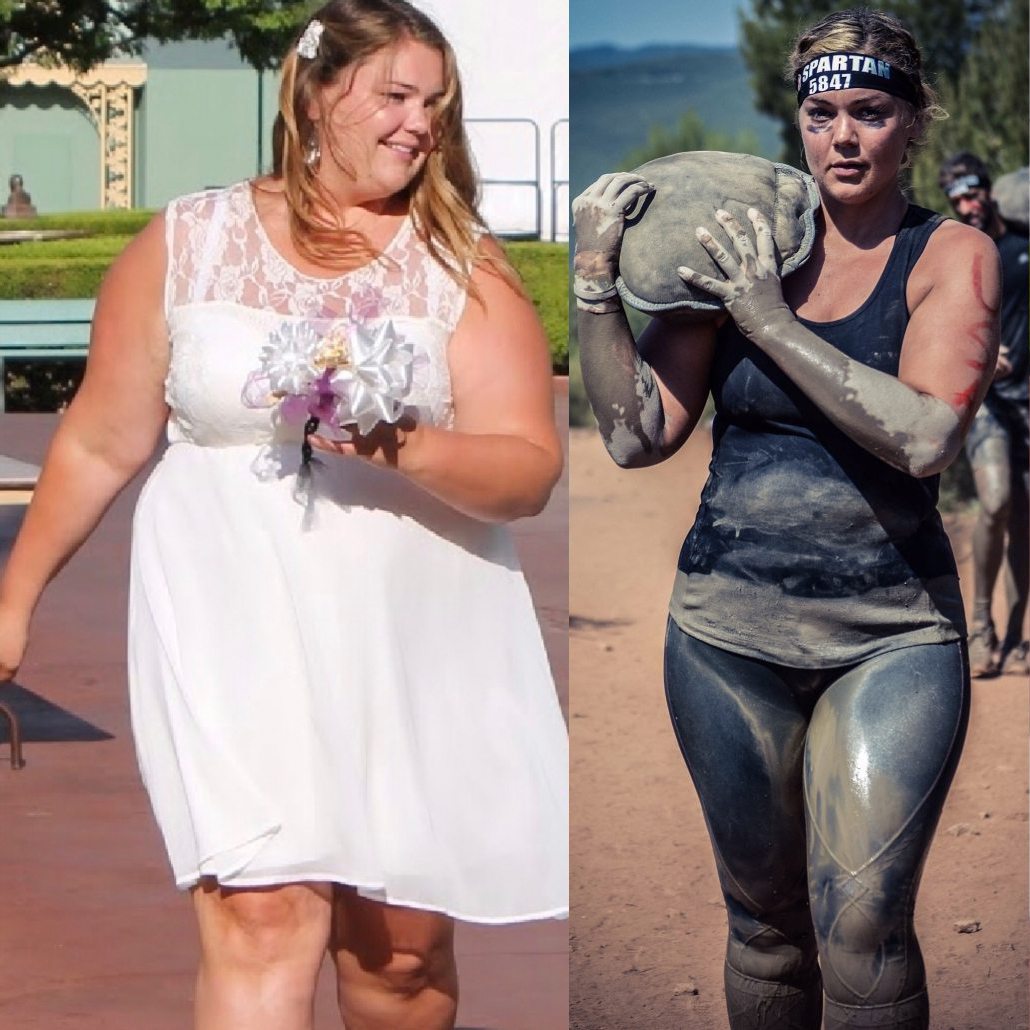 The November after they were married, McCabe's husband was diagnosed with his own depression. The two of them visited doctors constantly, and in her efforts to help, McCabe didn’t sleep for months. In February of 2015, her husband entered a 30-day rehab facility. After dropping him off, McCabe drove to the store and bought a notebook with romantic motifs on the pages. She wrote her husband a four-page love letter, thinking it would help him while they were apart. Then she drove back to the rehab facility.

McCabe pulled into the parking lot. Red and blue lights. Police cars. A black van: crime scene investigation. McCabe didn’t know the scene had anything to do with her husband until she climbed the stairs to his floor and heard someone whisper, “That’s his wife.” Her husband had taken his own life.

"The tragedy and the trauma that I went through really stole a piece of me.”

For weeks, McCabe wallowed. How could she go on after losing not one, but two of the most important people in her life? She thought back to her mom’s final year, her promise to change her life once she got better. It was a promise never fulfilled. Her mom didn’t have the chance, but McCabe did. “I have to change my life,” she thought. “I cannot continue to be identified as the victim.”

The path to recovery wasn’t obvious, but her sisters and friends started suggesting she start at the gym. If nothing else, she'd relieve some stress and get a boost of endorphins. In April, she went.

She'd never been a runner, but on her first day at the gym, 313-pound McCabe worked the low-impact elliptical machine for 45 minutes. And she kept going back. She often imagined pushing against a football sled, a huge, heavy, daunting obstacle that she had to beat. “It was kind of this mentality of pushing against life,” she says. As she fought, the pounds came off. “I’m doing it,” she told herself. “I’m going to change my life.” 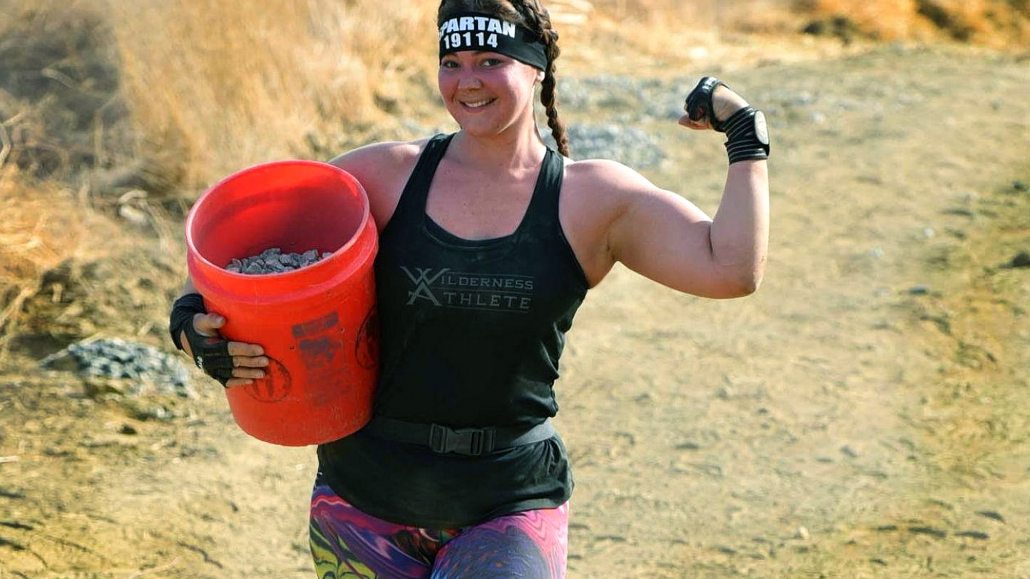 From there, McCabe accessed a cycle of self improvement. The better she felt, the more active she became—which made her feel better still. She started hiking and kayaking and eating healthier. After a year, she was down 126 pounds. And she’d found a new sense of adventure. She took a solo trip to Paris. Then she went parasailing, then skydiving. “I was doing all these really fearful things because I just wanted to feel alive again,” she says. “I felt like the tragedy and the trauma that I went through really stole a piece of me.”

Last year, she started posting on social media as a way to hold herself accountable for her next challenge: a Spartan Sprint in Los Angeles. She registered nine months in advance so she would have enough time to prepare. McCabe finished that race in December 2016 with a time of 2:10:09. And her journey didn’t go unnoticed. More than 100,000 people now follow her on Instagram. Her motto: #IChooseToLive.

"I love my body most when I’m on the course.”

To say that Spartan has become a part of her life since then would be an understatement. McCabe has traveled the world to race, snagged trifectas in Hawaii and Barcelona, and run two Beasts during the Tahoe World Championship weekend. She completed 22 races and seven trifectas in 2017 alone. “You learn so much about yourself on the mountain,” she says. “When you run these courses, you leave a little bit of yourself, a piece of you, on the course.”

In addition to the opportunity for introspection, the races have also given her some lifelong friends. “Justine is very special and she’ll surprise you every day with her strength and positive attitude about life, even when things are tough,” says Mary Gerth, McCabe’s Spartan buddy and close friend. They met after a race when McCabe asked Gerth to take a photo for her. “What amazes me is that every race I do with her, no matter how exhausted she is, she still is willing to help someone along the trail. That, I believe, gives her more joy than crossing the finish line.” 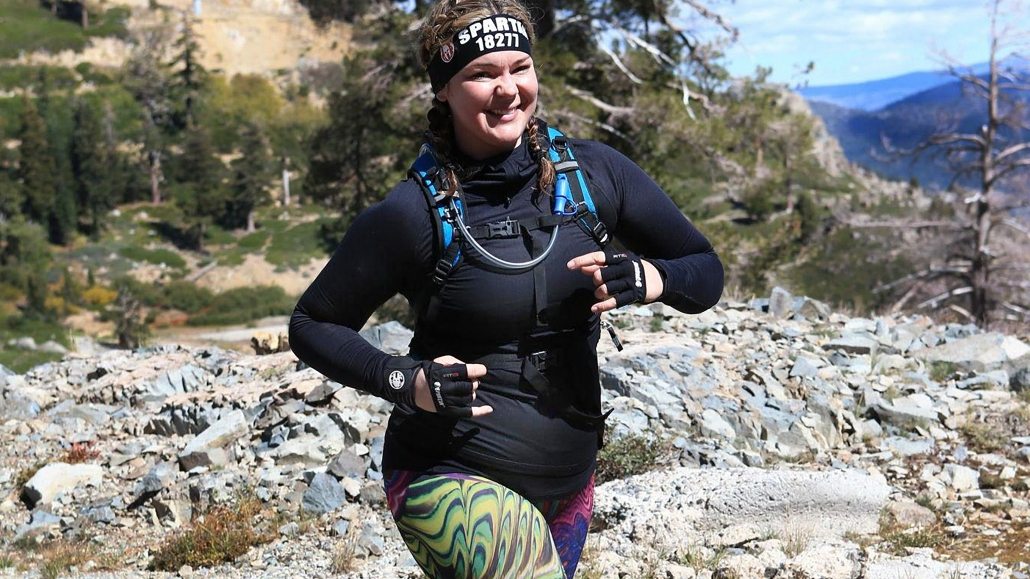 When she’s at Spartan races, McCabe is with her people. There’s no judgment and no mold that you have to fit. “You don’t have to look like an elite runner to be a Spartan athlete,” she says. “I have loose skin from losing weight and I’m still heavier than most runners, so sometimes doing those big climbs is not pleasant. But I love my body most when I’m on the course.”

McCabe’s transformation isn’t just physical. Her mind is healthier than it's ever been. “She’s come to be so caring and considerate of the reality that you can’t know what’s going on in someone’s life,” says Katy Keller, who met McCabe on their first day of cosmetology school. “Through digging herself out of the depression, after witnessing the battles of others, she’s been so much more compassionate, so much more forgiving, and so much more open to the needs of others.”

For McCabe, racing isn’t an option; it’s a necessity. “The reason why I race is because I never thought I could; I never thought I would make it out alive from these tragedies,” she says. “A 300-plus-pound Justine never dreamt of climbing mountains and chasing trifectas, but Spartan races have strengthened my mentality.” Thanks to racing, she has pushed, endured, and persevered. “It’s exhausting, but it’s exhilarating, and it’s one of the most rewarding feelings when you fail an obstacle and at your next race, you just get it,” she says. “I keep chasing those feelings.” 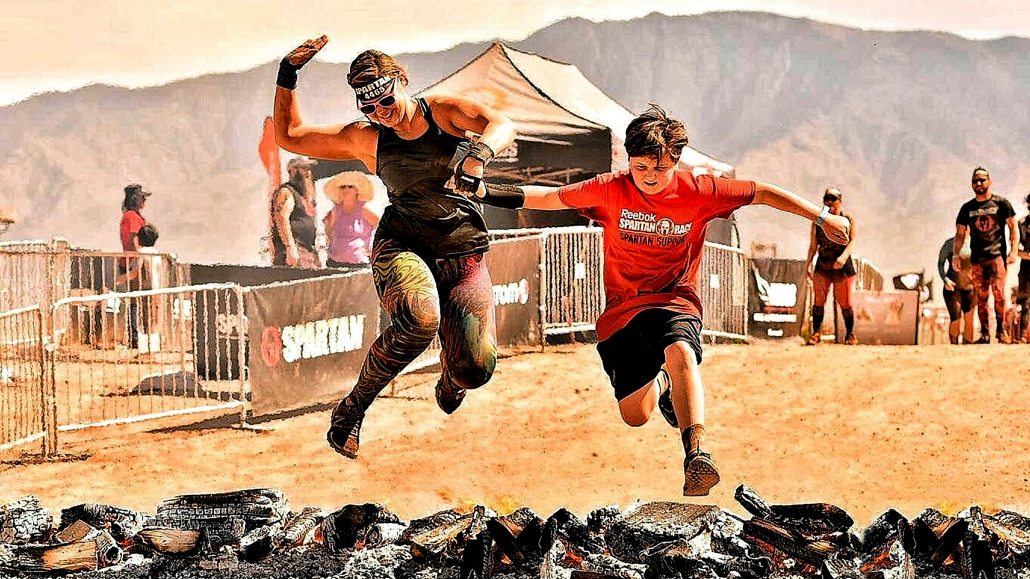