Timmie Brann is an accomplished mother, businesswoman, and Spartan Elite. She has also earned herself an audience in Spartan's LGBTQ community where she fosters OCR inspiration for all. Read on for her rise to success, both on and off the course, and how she's using her voice for good, today.

Timmie Brann knows how to be an athlete. After years spent playing sports in her youth, she became a personal trainer in 2006, and she’s been an elite finisher on the Spartan Races circuit since she competed for the first time more than two years ago.

She knows how to be a mother. She gave birth to twins nearly five years ago and periodically sprinkles images of both her daughter and her son on her Instagram account, branding images of unicorn-themed tiaras and swing sets with the #momlife or #epickid hashtags.

She knows how to run a business. In 2015 she co-founded the RUT (Rise Up Training) Camp in Long Beach, California, a hybrid OCR program that trains committed athletes to compete (and reach the podium) at Spartan races.

But Brann, 39, is still learning exactly how to be a role model. Despite her success on Spartan race days, she’s been somewhat shy to embrace her reputation as one of the race’s best, and as a frontrunner for Spartan’s LGBTQ community.

“When I told some of my friends I was doing this interview, they said, “But you’re such a bad gay!’” Brann says with a laugh. “I don’t talk about it a lot, I don’t have a rainbow flag across my apartment. I don’t put it out there that I have a girlfriend. I really just live my life. At Spartan, nobody cares who I am or what I look like, or who I’m with.”

Brann’s Spartan career has been celebrated since she debuted in November 2016. She opened the RUT camp the year before and quickly realized that as other Spartan racers flocked to her training gym, she needed to begin competing herself so she could experience first-hand what the courses demanded of the athletes at the starting line.

She took to the courses naturally and steadily rose up Spartan’s rankings. Last year, she signed on with the Spartan Pro team, an impressive collection of the sport’s hard-charging, elite racers launched in 2018.

Throughout that time, however, Brann’s sexuality was rarely a discussion topic. In fact, upon joining the Spartan community as an amateur in 2016 she was perhaps most drawn to the sport’s collection of diverse personalities and backgrounds all connected to a common goal, regardless of sexual orientation.

“It was so welcoming and loving,” Brann says. “And once I started running with the elite women, I never knew who was gay or straight. No one’s dressed up, we’re all just a bunch of women in our race gear standing at the start line. No one cares who’s gay or not, you just think of everyone as the same.” 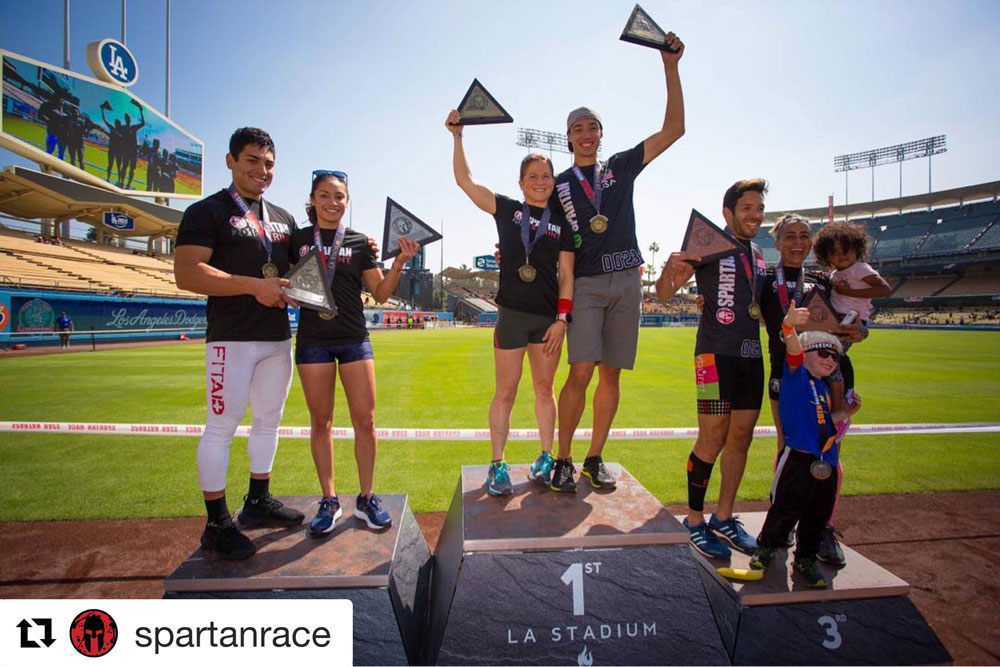 How Timmie Brann Is Embracing Her Earned Role Model Status

Brann, though, isn’t quite like all the others on the course. With a collection of eclectic and intricate tattoos, two perfectly placed nose rings, a well-coiffed haircut, and a reputation in the Los Angeles Spartan community for her unique style of training athletes — “I’m the one who has her clients doing all the weird stuff at the gym,” she says — Brann has emerged as one of OCR’s most identifiable and respected racers.

And her fanbase is growing. She connects most deeply with mothers looking to regain their physical fitness after having kids, and with young, LGBTQ women who look to Brann as something of a role model. She gets approached regularly by young women athletes, both LGBTQ and straight, on Spartan race days, and though she’s traditionally never been one to publicize her sexuality or her relationships, she’s begun to understand in recent months that she’s earned a platform that connects her to people looking for inspiration.

“I had this moment when I realized that people might be watching me,” Brann says. “And that it was important for me to be okay with putting my sexuality out there. People are looking at me, so hopefully, I can help them by putting stuff out there that shows who I am and that I’m part of this community with straight women, and we’re all doing this together.” 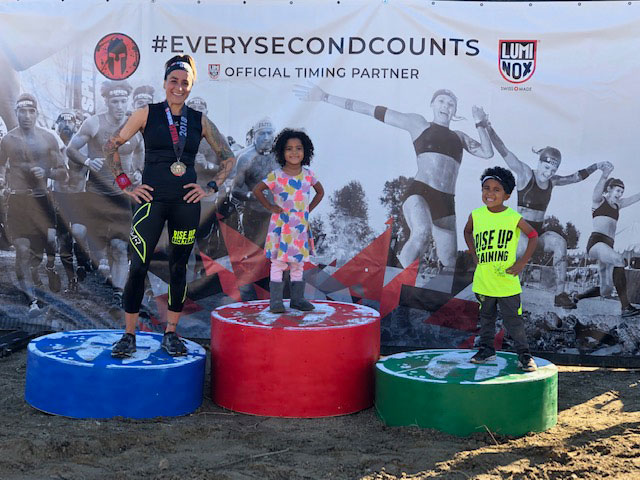 For Brann, that means forging a deeper connection with both Spartan’s LGBTQ community through her social media accounts, as well as hugs, photos, and smiles with eager onlookers on the race course. She’s more comfortable exposing aspects of her personal life as her popularity grows, and each time she does, she’s consistently reminded why she’s found a home among fellow Spartans.

“The Spartan community is a living space,” she says. "It’s very cool to see because I’ve competed in other races and events where it’s not like this. It’s achieved this cool mix of everyone, and you think of everyone as a Spartan.”