With our Spartan Spirit Awards, we celebrate the people who embody the key Spartan values: grit, determination, and perseverance. We’re honored to award Kevin Shephard with the Spirit Award because he pushed himself to the limit to raise awareness of Ehlers Danlos Syndrome (EDS).  He shares how his Spartan race helped him make meaning out of this painful and progressive condition.

“My main goal for the race was to make the invisible pain visible.”— Kevin Shephard

It took grit for Kevin Shephard to tackle his first Spartan race, a Sprint in Sacramento on Nov. 16. Shephard, the Director of the non-profit Support Real Teachers, went into the race knowing he’d be in extreme pain, and that he might sustain injuries. His doctors believe that he has the hypermobility variant of Ehlers Danlos Syndrome (EDS). People with this syndrome are more likely to dislocate bones and injure fragile skin and tissues, among other symptoms.

Once, Shephard was defined by his high level of fitness and physical activity. He was a marine in his twenties, but a shoulder injury that refused to heal forced him to accept a medical discharge before finishing his fourth year. In his mid-thirties, he was teaching self defense, playing hockey, and enrolled in a doctoral program in physical education when his health began to decline. In recent years, EDS has become debilitating and isolating for Shephard, but he resolved to make an impact anyway. He was driven to compete in Spartan in order to create visibility for people living with EDS. Celebrities including Jameela Jamil, Sia, and Lena Dunham have recently come forth about their EDS, so Shephard believes the moment is right to increase public understanding. 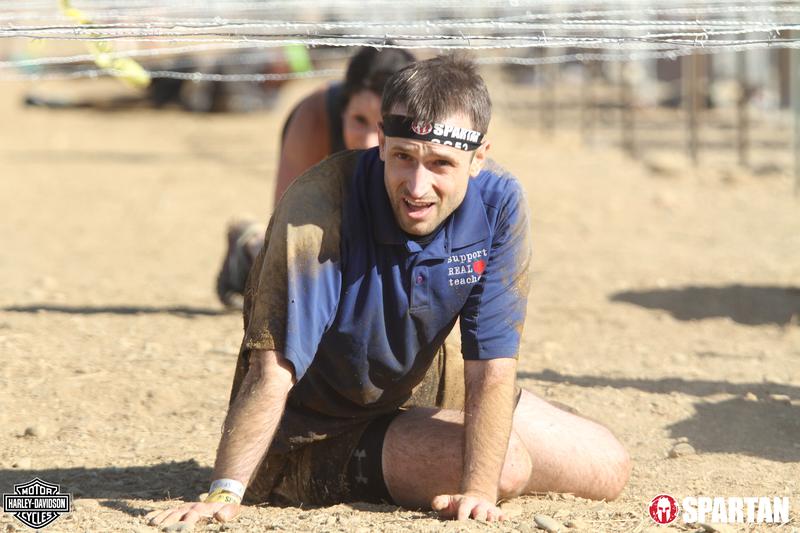 Kevin Shephard Races to Create Empathy for People with EDS

SPARTAN RACE: What is EDS?

KEVIN SHEPARD: It’s a group of genetic conditions that lead to defective collagen production and use. There are many variants with varying degrees of severity within each. It affects every system of the body—immune, digestive,  nervous, cardiovascular—not just the joints. Someone with the hypermobility variant might suffer from musculoskeletal pain and dislocations, as well as a range of other symptoms. Sara Geurts, a model and activist with the EDS variant that most affects the skin, is in her twenties yet she looks much older due to her skin’s lack of elasticity.

SR: Knowing you have EDS, why did you choose to compete in a Spartan Sprint?

KS: Unfortunately, people with EDS are often dismissed because usually the symptoms are internal. On a weekly basis, I see posts within the EDS community that say doctors aren’t listening. Doctors, family, friends, and employers often don’t believe or understand what we go through, which adds to our stress. My main goal for the race was to make the invisible pain visible. I look like a normal healthy person, but on the inside, everything is messed up. As I engage in physical activity, my pain level increases and becomes more visible. It wasn’t about personal accomplishment; it was about doing something for the EDS community.

SR: What were the early symptoms of your EDS?

KS: My early symptoms were a severe decrease in fitness and weight, joint pain, migraines, and extreme dizzy spells. There is no genetic test for the hypermobility EDS, so it’s difficult to get a diagnosis. I have two of the three formal criteria for a diagnosis. My doctors consider me “actively under consideration” for a h-EDS diagnosis due to my small joint hypermobility, associated conditions, and family history (my sister has an official diagnosis). Getting a diagnosis is a frustrating process, which is part of the reason I want to raise awareness about the syndrome. 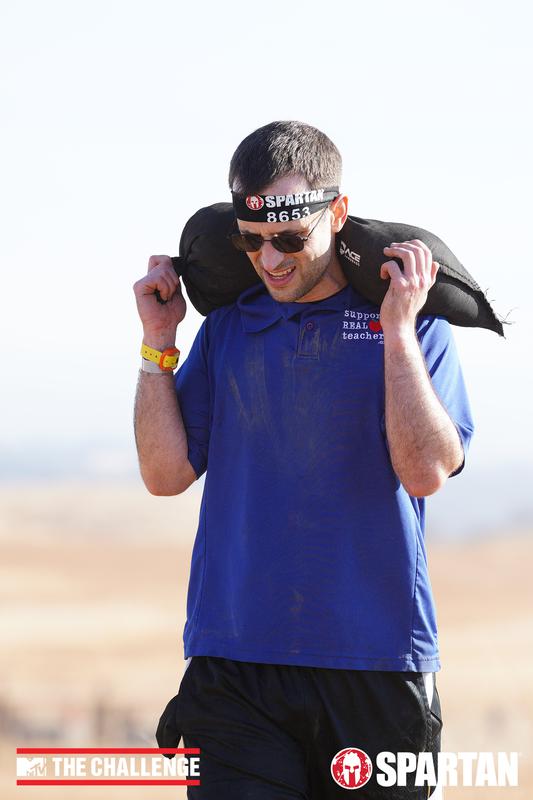 SR: How did your race go? Were you able to finish?

KS: I was surprised at how well I did considering that I have spent the majority of my days in bed for the last 2.5 years, with only 2 daily walks and occasional physical therapy. I do, however, have a high level of physical literacy because I was a physical educator. This helped me get through the obstacles by relying on technique rather than strength. For example, I climbed the A-frames without using hands by keeping my center of gravity over the narrow steps. Another example was going up and over the pull-up bars. Once I got my upper body above the bar, I let gravity somersault me over. It wasn’t until midway through the race that my legs started hurting. I used women’s weights for two of the obstacles and finished the race (in 2:08:06) with my mom racing along side of me. My muscles’ “savings account” from being physically active throughout my life helped me get through. Afterwards, I had sore hips and ribs, bruised and raw palms, bruised shoulders, multiple cuts and abrasions, and slept for much of the evening and the next day, but it was worth it.

SR: Despite your extreme pain, you’re still working. How and why?

KS: I work part-time, from home, on a non-profit website Support Real Teachers. This organization’s mission is to increase the quantity and quality of physical education children get. Our website is like an encyclopedia for physical education educators. There’s also an advocacy section that gives individuals resources to fight for adequate physical education in their communities. Working on SupportREALTeachers.org, and participating in the EDS community, keeps me connected and gives me purpose.