You don’t stink. It’s the bacteria that feed on your sweat. They pounce after a hard workout, and as they chow down, they put off body odor that can make you smell like roadkill.

But we have good news: Apparel companies have noticed the smell of body odor. And now, they’re doing something about it. New workout tees and tanks are deploying different strategies to combat stink-causing bacteria. Here are six that you need to know about. 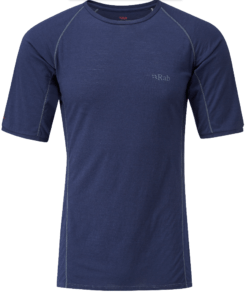 To a degree, merino wool fights bacterial growth naturally. But it also dries slowly. So to increase the drying speed, Rab treats its merino with a proprietary formula. The result is a temperature-regulating, odor-fighting tee that’s perfect for long outdoor adventures. We found it to be perfect for trail runs: The flatlock seams were comfortable against skin, and they resisted chafing even under a pack. $70, rab.equipment 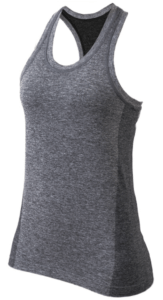 A lot of tanks—particularly women’s—are cut for style instead of performance. But RYU puts function first: The neck, arm, and shoulder cutouts are generous enough for free movement without making the tank so skimpy that you worry about what’s showing instead of what you’re doing. To control stink, the Vapor’s nylon-polyester fabric uses Polygiene, a recycled silver-based treatment. It won’t kill off your body’s good bacteria, but it will prevent stinky ones from gaining ground. During a weeklong wear-it-everyday test, the shirt developed some serious salt stains, but it didn’t reek. It’s also available in a men’s version, the Vapor Sleeveless Tank. $47, ryu.com 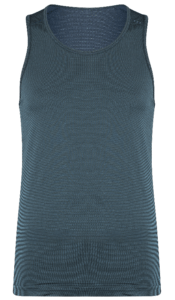 Made from Lululemon’s seamless, buttery fabric, this well ventilated tank has body-mapped zones that make it as breathable and comfortable as any we tried. It passed the sniff test for a couple of days, but its anti-stink didn’t last as long as other odor control treatments we tested. The reason? It deploys a different strategy. Instead of a chemical treatment, Lululemon uses silver-based X-static, which bonds to the surface of the shirt’s synthetic fibers to keep bacteria from breeding. So while it might not be as powerful, X-static treatment won’t wash away after multiple spin cycles. Available in men’s and women’s. $58, lululemon.com 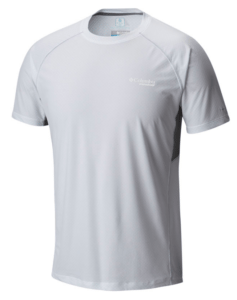 This shirt was our go-to for hot gym workouts, sweltering races, and tropical feats of athletic prowess. It’s paper thin—we soaked it through with sweat almost instantly on a humid day in the CrossFit gym. The inside is dotted with super-cooling sweat-activated donuts that absorb body moisture and suck excess body heat away from your body as they dry. Columbia doesn’t advertise the details of its chemical antimicrobial, but it did tell us that it lasts for a minimum of 20 washes. $55, Columbia.com 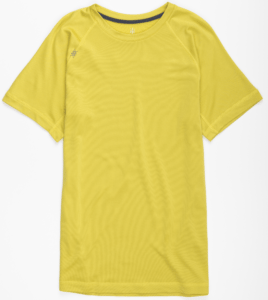 According to Rhone, the gold particles infused in its polyester-merino blend help the shirt suck sweat away from your skin with record speed while also making it softer and body odor resistant. We found the shirt to be cozy against the skin, and it stayed fresh through a four-day weekend of rock climbing and trail running. Is the gold a gimmick? Maybe—but this shirt still smelled just as sweet on day four as it did on day one. $78, rhone.com 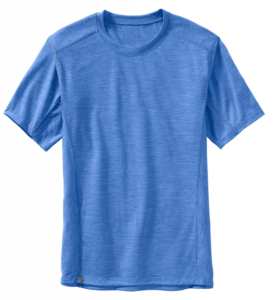 This comfortably cut tee is silky smooth despite being made entirely from odor-resistant merino wool. But if natural body odor control wasn’t enough, Qor doubled down with a treatment of Polygiene, which is unfriendly toward bacteria. If you’re looking for one tee to hike the Appalachian Trail or tackle your longest training days, this is it. $79, qorkit.com Have you ever put on a supposedly clean shirt and noticed that it somehow already smells like body odor? That’s because bacteria and body oils can penetrate and bond to synthetic fabrics, causing persistent stink that can’t be easily washed out with regular laundry detergent. Defunkify Active Wash is designed to eliminate that odor with a two step process: It removes buildup of soap scum and body oils, then bonds natural deodorizers, like baking soda, to the synthetic fibers of your performance clothing. We recommend Expedition Strength. $20, defunkify.com

Berne Broudy covers health, wellness, travel, and technology for a dozen publications in the U.S. and abroad, including *Outside*, *Men's Journal*, *Popular Science*, *Climbing*, *Bicycling*, and *Backcountry Magazine*. When she's not writing, she's usually deep in the mountains with the cell phone off.