It’s that time of year again. Yep, flu season is upon us and according to the Center for Disease Control (CDC) that means between 5-20% of the US population will be suffering with sniffles between flu season's peak months of December and February. Not to mention the coronavirus situation, spreading rapidly across the globe right now. According to the Center for Disease Control, this respiratory disease causes serious illness in 16% of cases, it's highly contagious, and a public health concern.

The good news? You can boost your virus-fighting abilities by fortifying your immune system. And the best way to do that, says holistic health practitioner and registered nurse Lydia Romero Johnson, is through a diet clean up. “A poor diet can significantly affect your ability to fight the infections that you’re more likely to pick up during the colder months of the year,” Romero Johnson says. When you eat crappy foods, and skip the nutrient-rich staples your body needs to function, you run a higher risk of getting sick. So before you resign yourself to sneezing and coughing your way to the end of the year, consider chowing down on these seven powerful foods to fight the flu, guaranteed to support your system.

Best Foods to Fight the Flu 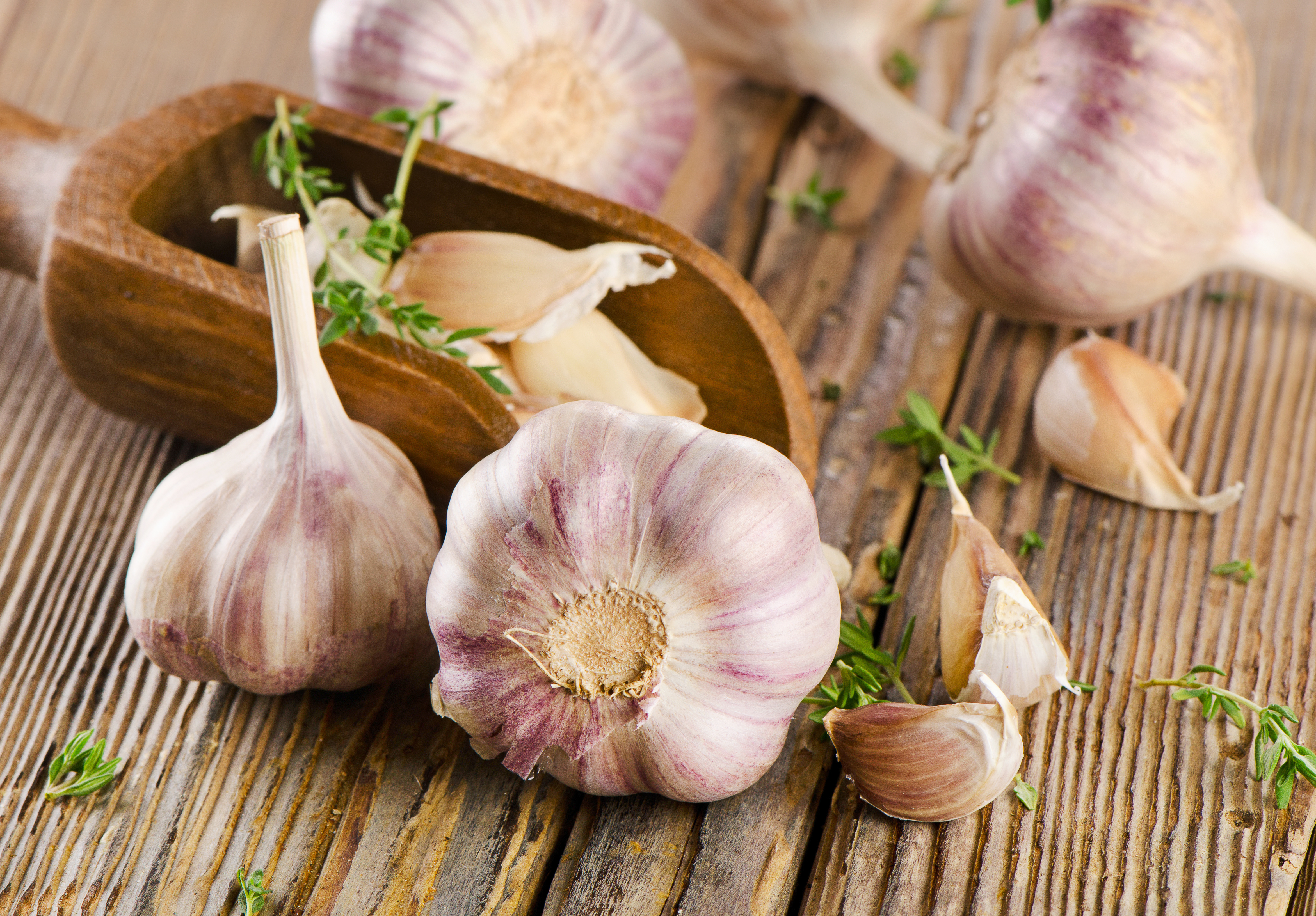 Garlic is one of the best flu-fighting foods to eat. This is because it contains the compound allicin, “Your immune system-building, cough and cold fighting winter friend,” says Romero Johnson.

“In order to activate allicin’s super-powers, you must crush or chop it first. Also, if you eat garlic raw in smoothies, salads, or salsa, it really maximises the antioxidant and anti-inflammatory benefits,” she says. 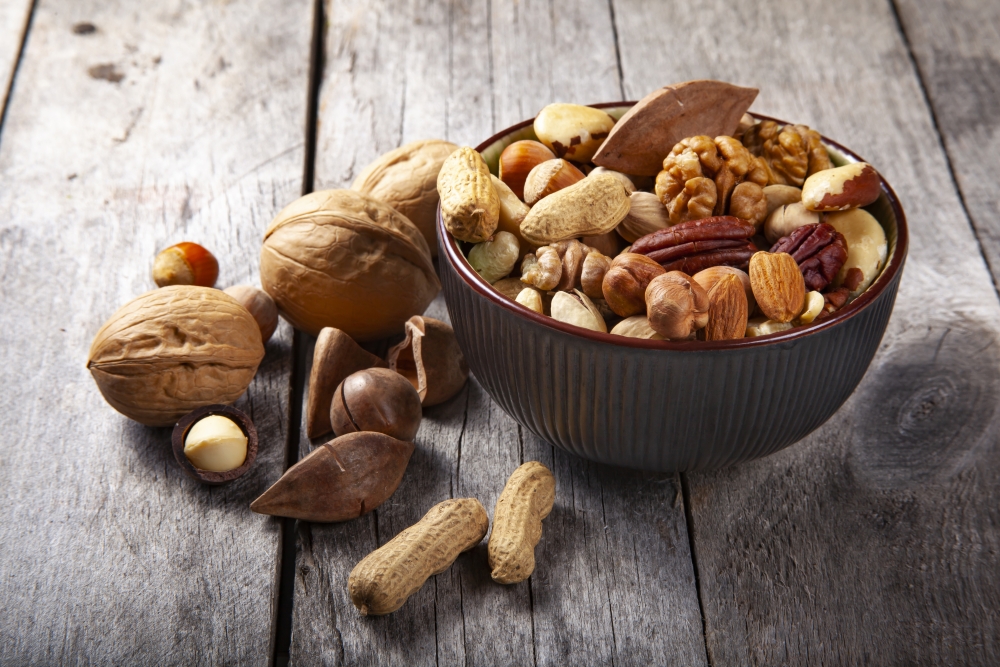 Making nuts your go-to snack during the winter season is another way to boost your body’s immunity, says Mariya Goslin, an SGX coach and nutrition consultant based in Buffalo, New York.

Not only are nuts such as walnuts, almonds, and pistachios naturally packed with bacteria-busting vitamin E, but the fact that they’re wholefoods means that they retain other beneficial phytochemicals often removed in processed foods. “This leads to decreased inflammation, but also lower blood glucose levels, more energy, and better mental clarity,” Goslin claims. In other words, so long foggy flu-brain.

Related: Why Eating Whole Grains Can Make You Feel Better Mentally and Physically 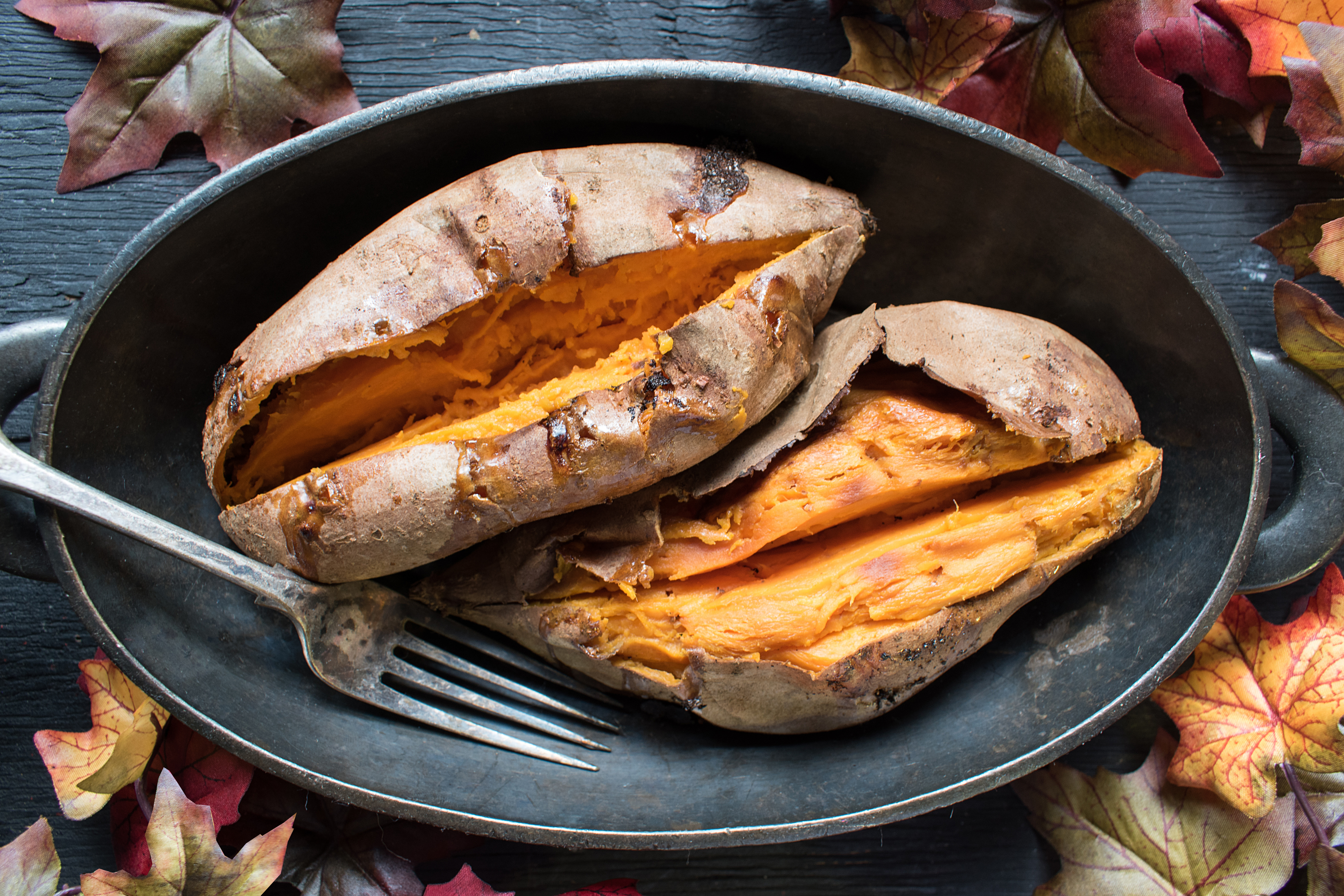 “The benefits are oh-so sweet with sweet potatoes,” says Romero Johnson. “A delicious, nutrient-dense comfort food, the sweet potato is a powerhouse of vitamin A, which is a great support for the immune system in the winter months.”

Fueling up on vitamin A is also a way to keep mucous membranes and skin healthy, which is important considering the skin is a significant physical barrier against bacteria and viruses. 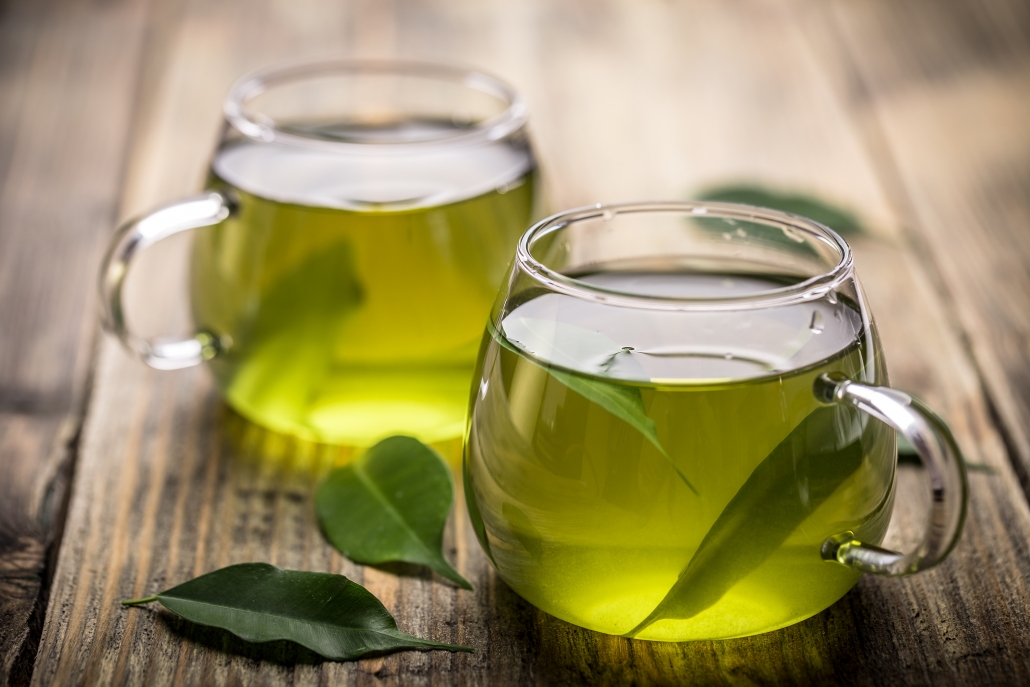 “The winter season is not my favourite,” says Romero Johnson, who was diagnosed with lupus in her 20s, and now works with a lot with patients online to help them better manage the autoimmune disease as part of their daily lives.

“It becomes a whole season of tea drinking for me! Drinking green tea is the best, as it’s not only good for our skin but it naturally reduces inflammation.” This is primarily due to the antioxidant quercetin which works to hinder a lot of the flu-like symptoms found in lupus, such as joint pain, fever, and fatigue. 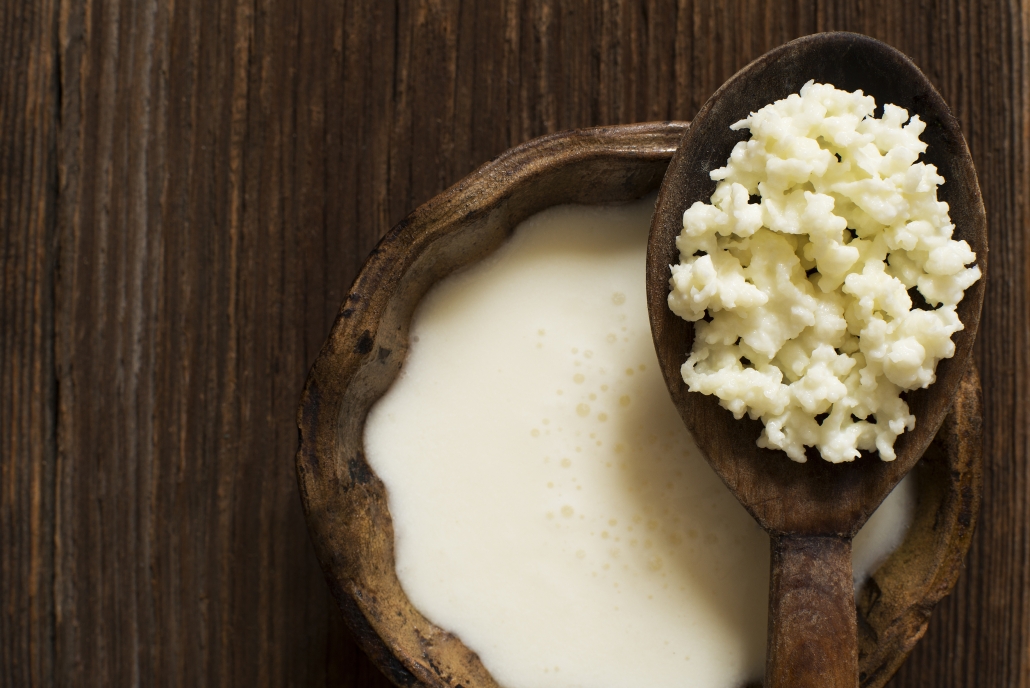 Though all probiotics are helpful in warding off flu, kefir’s power-trio of zinc, B6, and vitamin C, makes it an impressive virus-blaster. A 2015 study in the journal Frontiers in Microbiology found that kefir possessed strong antimicrobial, anti-inflammatory, and antioxidant properties, that could reduce flu symptoms and recovery time. So next time you're feeling sick, add a little kefir to your diet and rest easy knowing it's one of the best foods to fight the flu.

Related: Why Endurance Athletes Should Care about Probiotics 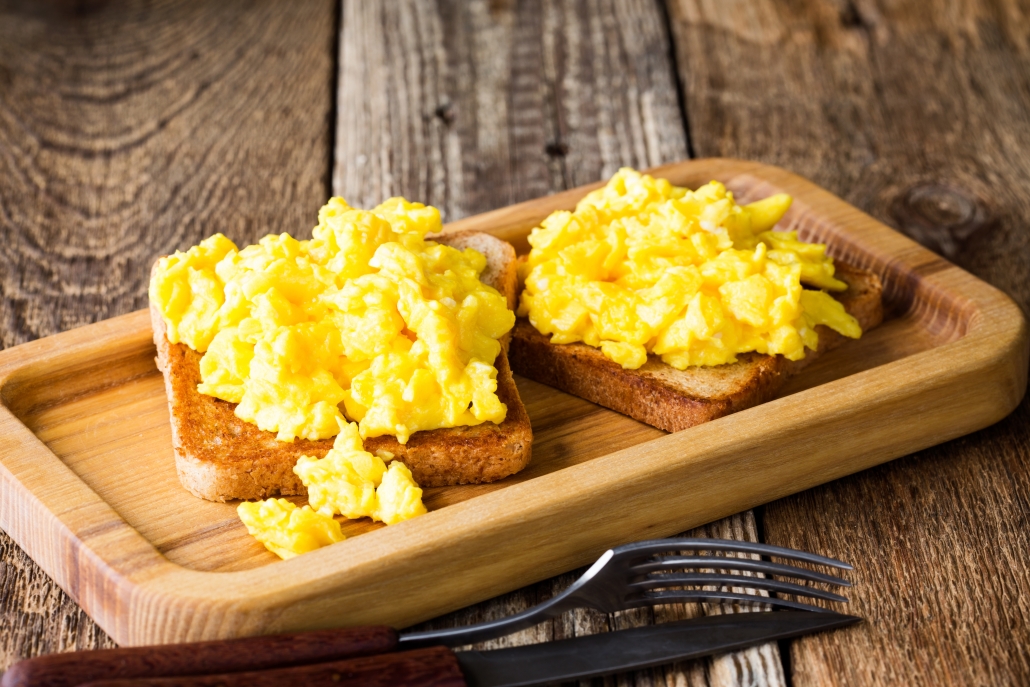 Eggs, particularly the yolks, are packed with powerful flu-flaying nutrients, vitamin D being one of the most important. Though the sun is the best source of vitamin D, according to Molly Lee, a board-certified holistic nutritionist and author of Energizing Nutrition, “In winter, when our skin is covered and more often indoors, vitamin D is particularly important as many of us can become deficient.”

Science concurs. One study found that three-quarters of US teens and adults are lacking in vitamin D, while another highlighted the high prevalence of vitamin D deficiency among elderly people as a worrying risk factor in their susceptibility to flu and other viruses. 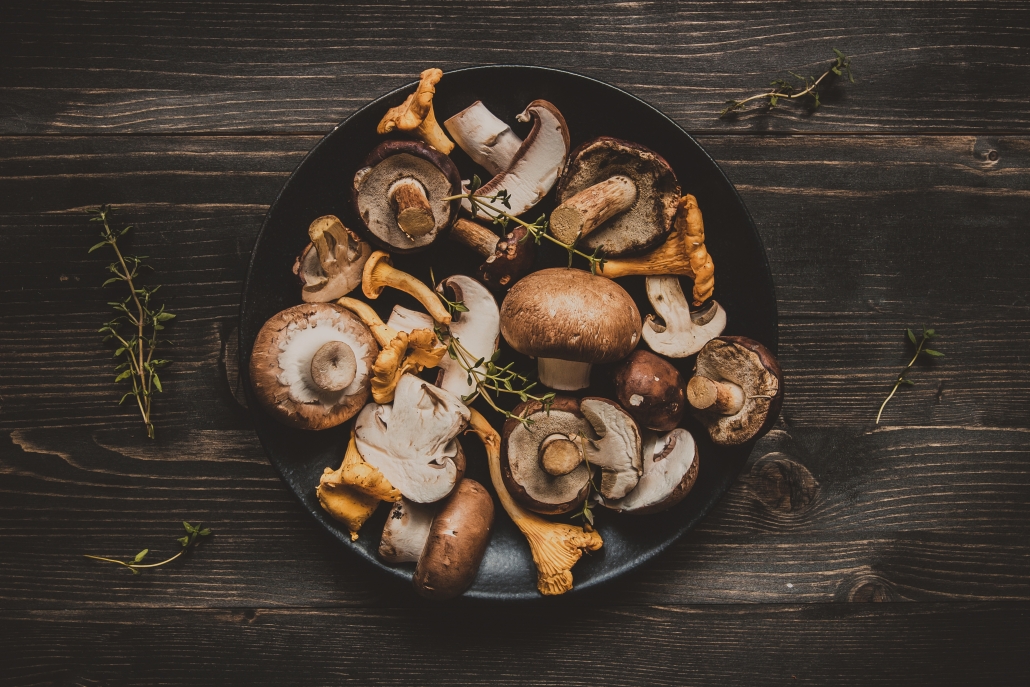 Mushrooms may not be the first thing you’d reach for when it comes to foods to fight the flu, but they’re a major source of immune-busting zinc. And according to Lee, they also contain vitamin D, which makes them a good choice for vegans who need to pump up their intake of the sunshine vitamin. That said, Lee warns that a person would need to consume a lot of mushrooms to avoid vitamin D deficiency, and might need to consider taking a supplement to fill in the gaps.