Women’s road to sports equality has often been rocky. And it’s thanks to several female ground-breaking athletes who paved the way for women to compete. To salute women who are evolving sports as we know them, and in honor of Women's History Month in March, we celebrate five female pioneers of running and OCR. Read on for how they pushed boundaries, and in doing so, widened the track for everyone. 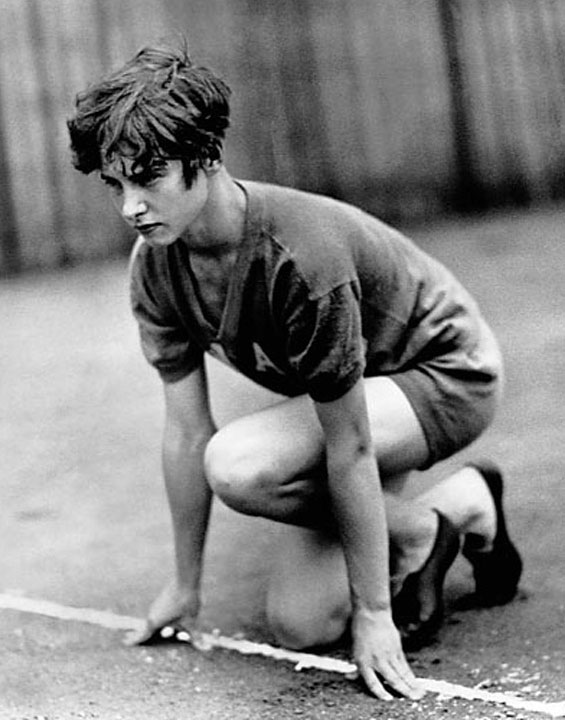 The first woman in history to win Olympic gold in the 100m sprint, Betty Robinson’s speed was first noticed by a teacher who witnessed Robinson outrunning a train she was trying to catch in her hometown of Harvey, Illinois! The teacher followed up and encouraged the then-14-year-old Robinson to start competing in track meetings. She did, and three short years later, she was lining up at the Amsterdam Summer Olympics for the Game’s first-ever Women’s 100m track event.

Seizing gold in that race and silver in the 4x100m women’s relay, Robinson not only secured her place on the podium but also in the history books.

Robinson continued to run and astonishingly, after a 1931 plane crash that left her wheelchair-bound for six months, she was back on track for the 1936 Berlin Games.

Forgoing the 100m race due to her inability to now kneel for a normal start, she still swept the US relay team to gold medal glory when she took the lead from the heavily-favored Germans.

In 1996, the then 84-year-old female pioneer of running was invited to carry the Olympic torch a few blocks as it journeyed across the United States for the Summer Games in Atlanta. 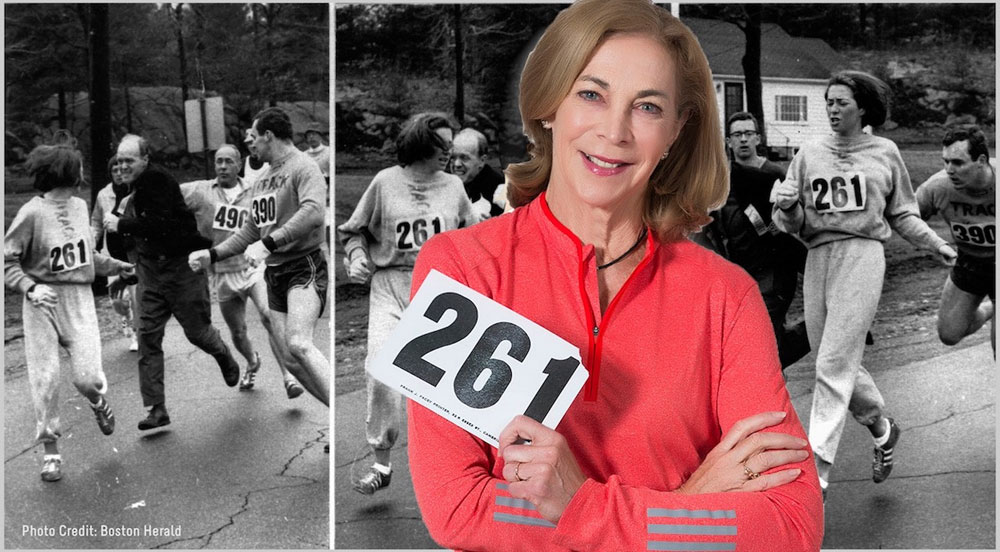 In 1967, irate race official Jock Semple tried forcibly to remove Kathrine Switzer from the then all-male Boston Marathon simply because she was a woman. Luckily for Switzer, the official was bounced out of the race instead by her boyfriend and she went on to finish.

Switzer had been given an official bib number in the world-famous Marathon as an oversight: Tired of folk misspelling her name, she had registered for the race as “K. V. Switzer”, leading administrators to presume “K.V.” was a man.

However, inspired by the incident, she became determined rather than deterred to stand up for women marathoners’ right to run.

Since then the pioneering racer has created running events for over a million women in 27 countries and led the drive to get the women’s marathon event into the Olympic Games (1984). She also created 261 Fearless, Inc. named after her infamous bib number,  a non-profit movement that empowers women around the world through running.

And yes, five years after her inspiring participation in the Boston Marathon, women were finally allowed to cross the finish line as registered racers. 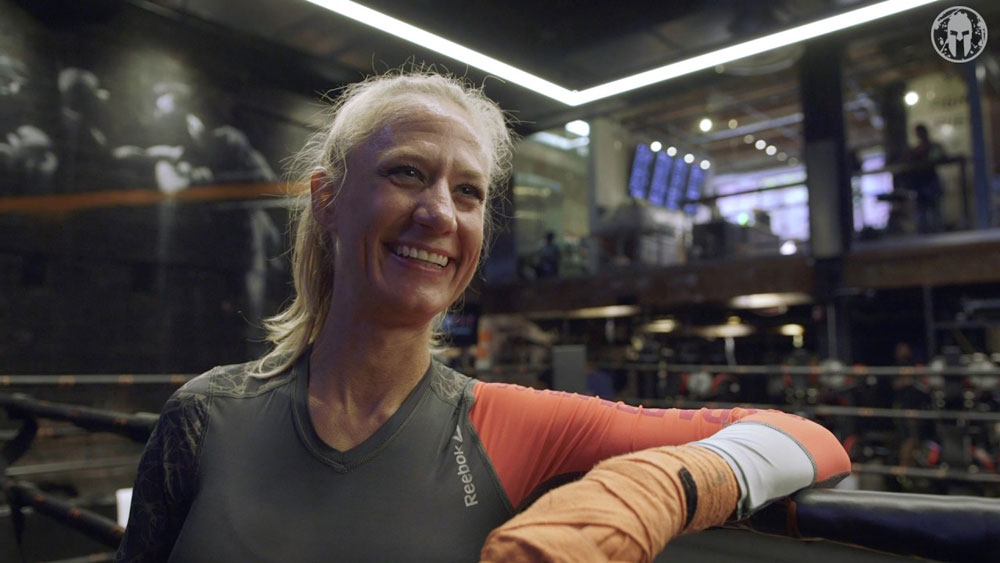 First among champions, Danielle Rieck holds the honor of being the premier Delta finisher in Spartan history. To the uninitiated, that means completing every single Spartan event of the Standard, Endurance and Training Trifectas.

While Rieck famously had to DNF at Agoge 001, due to a frostbitten toe, that didn’t hold the Boston native back for long. Devastated at the time, she says that it taught her that “failing isn’t the worst thing.”

The year following her DNF she crushed Agoge 002, 003 and 003A before proving unstoppable in the harsh 004 winter event. 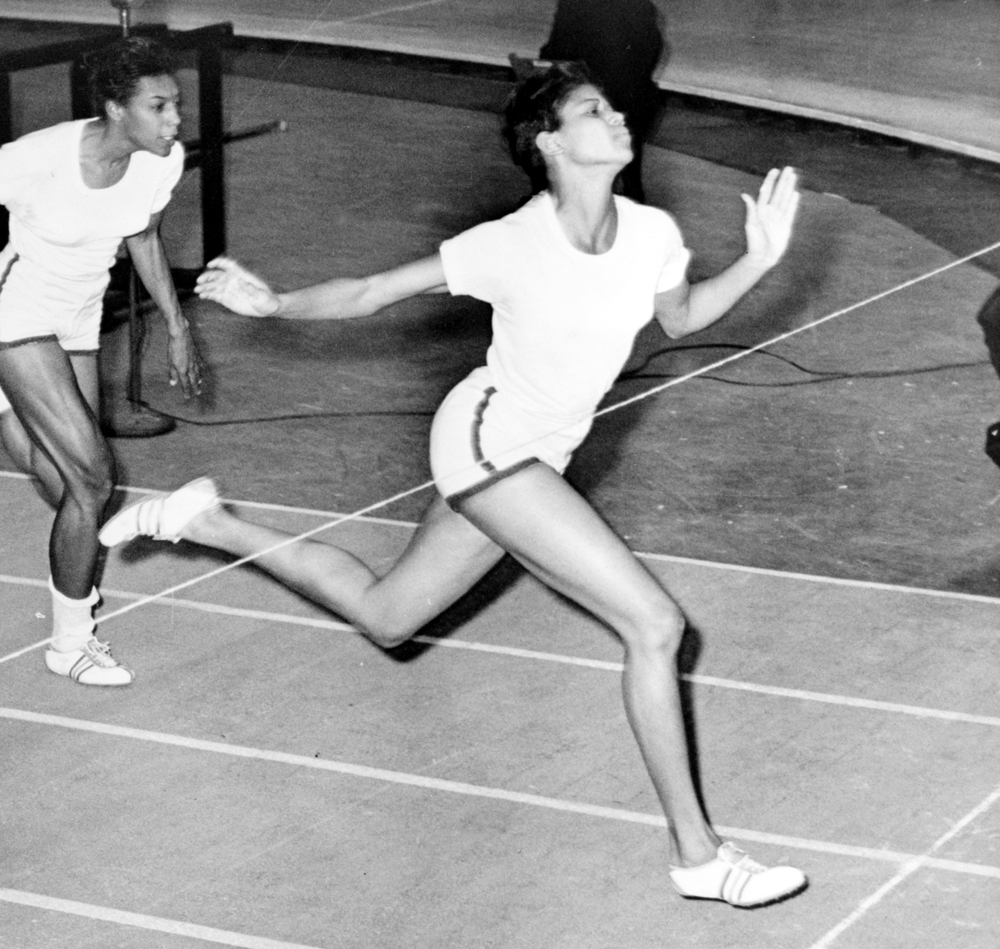 African American sprinter Wilma Rudolph was the first American woman to win three gold medals in a single Olympics, which she did at the Summer Games in Rome in 1960.

The Tennessee native who overcame polio when she was only five years old, set a world record in the 4x100m relay and an Olympic record at the 200m, and became known as “the fastest woman in the world.”

1960 was the peak of the Civil Rights Movement in America, and Rudolf made history again by refusing to attend her homecoming parade in Clarksville unless it was integrated; it was the first non-segregated event the town had ever held.

An iconic figure for black and female athletes, Rudolf continued to use her star power to bust through barriers, and even created her own nonprofit to encourage underprivileged kids in sports.

Related: Spartan Race Types: Find the Right OCR for You 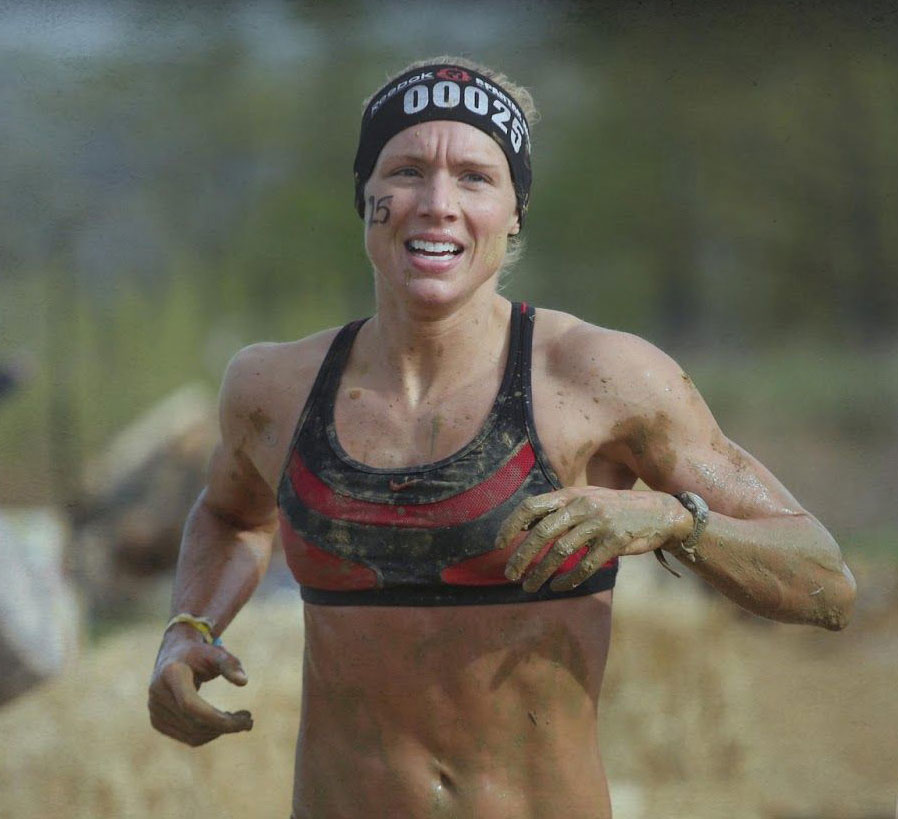 Amelia Boone’s name has been synonymous with OCR success since she first scorched onto the scene in 2011 as a 28-year-old newbie. Since then this phenomenal athlete has won four obstacle racing world championship titles, including the 2013 Spartan Race World Championship, and knocked off 50+ podium wins, all while clocking in as a corporate lawyer with tech giant, Apple Inc.

But one of Boone’s biggest wins as a racing pioneer is the work she has done to blast the gender stereotyping of the sport she loves so much. She has spoken about OCR at several high-profiled events including Fortune’s 2016 Most Powerful Women NextGen Summit in California and featured on the cover of Runner’s World.

Last year, Boone bravely opened up about her mental health and eating disorders. By sharing her struggles so publicly, this widely-admired athlete took an important step in her own recovery and a game-changing leap forward on behalf of those doing the vital work of busting the stigma surrounding mental health issues in sport.