From civil rights to sports to culture, black Americans have had an indelible impact on the American landscape. In honor of February’s African American History Month (a.k.a. Black History Month), we’re showcasing five incredible Spartan athletes making a mark of their own in OCR. Read on for their stories of how obstacle course racing helped them overcome tough life hurdles, and ultimately, changed their perspective forever.

Michael Taylor: Racing for Health Awareness in the Black Community 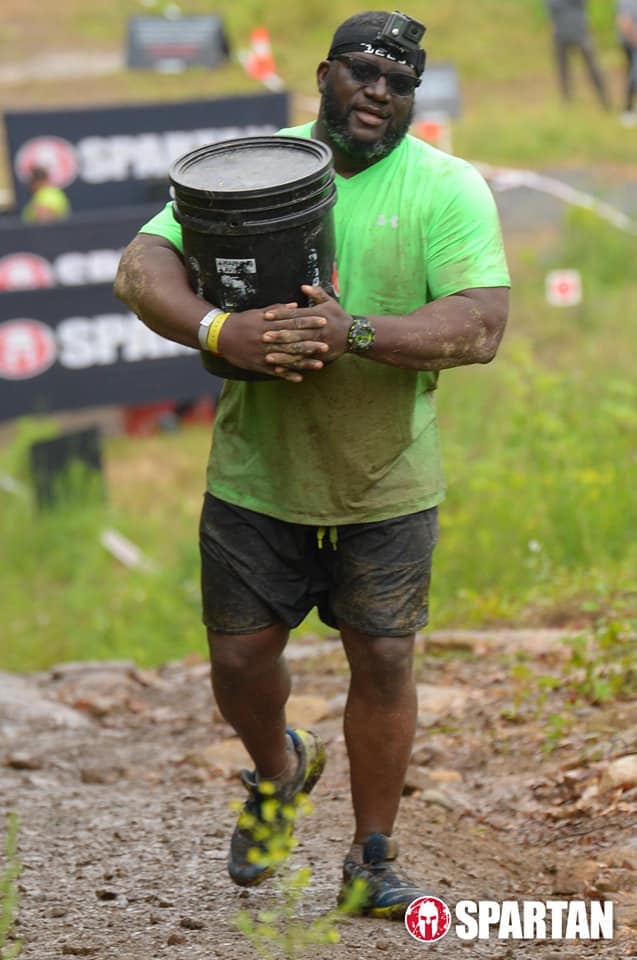 From diabetes to heart disease, the black community has been hit hard by crippling health issues. Taylor, a graphic designer by trade, has been trying to raise awareness of a healthy lifestyle to lessen the blow.

Active in his Bronx, NY, community, Taylor has encouraged others to join him in his training and has also founded a group that participates in races called the Spartan Spades.

His own health issues, namely Hashimoto’s disease, which attacks the thyroid, prompted him to explore ways to combat it. “I came across a video for Spartan, and it was a powerful-beyond-measure promo someone had put together, and it just really resonated with me,” he said. His community efforts have been a fulfilling experience, as he said he not only sees more minorities exercising with him at home, but is also witnessing more representation at the course. Getting out there is the first step—with more benefits along the way.

“Once you get to the idea of participating in the race, it helps you manage certain parts of your lifestyle,” he said.

Related: This Is the Year of Transformation, and We Want to Hear YOUR Spartan Story

Audra Ramsay: Racing for a Sense of Community (+ To Bag Trifectas) 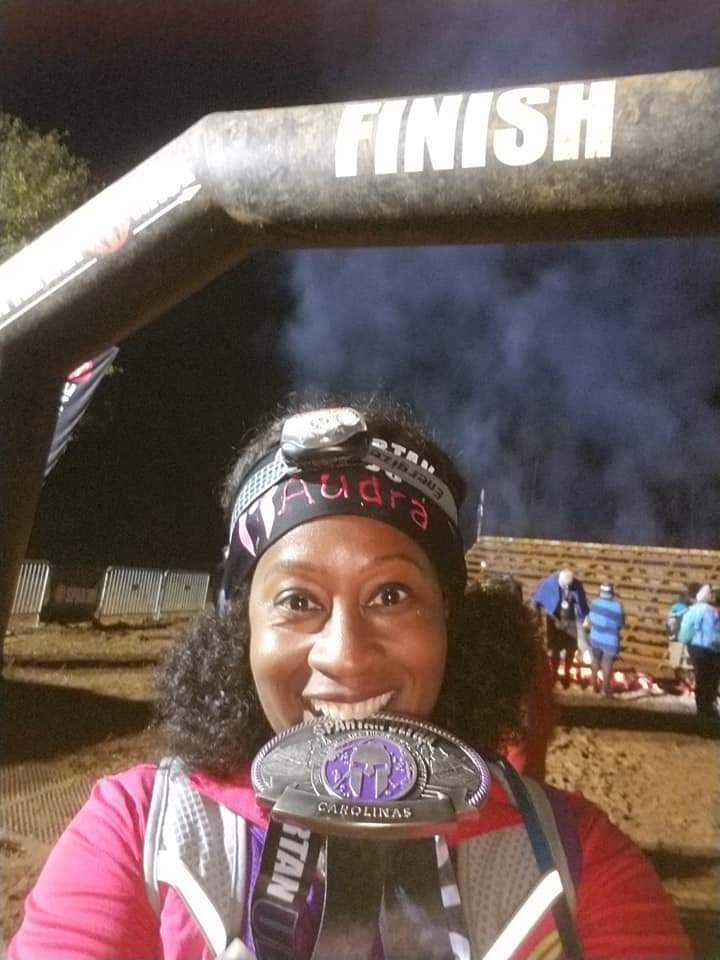 Looking for a change, Ramsay left the hustle and bustle of New York behind, trading it in for a more laid-back lifestyle in Charlotte, N.C., in the early 2010s.

A year after settling in, that willingness to explore new things helped eventually lead her to Spartan. First, Ramsay started running, competing in various road races. Then, after coming across a promotion for Spartan, she decided to embark upon that venture—with a willingness to expect the unexpected. Completing the 2014 event with one of her co-workers, Ramsay said she told herself, “WTF, the whole time” she was racing.

Hooked from there, though, she has completed multiple trifectas over the subsequent years. And aside from the challenge, the sense of community brings its own set of appeal. “Everyone helps one another out. You’re never on course alone.”

That includes seeing more representation among minorities at the races, a welcome turn of events, she said.

Olufemi Osisanya: Racing for the 58 Victims of the 2017 Las Vegas Shooting 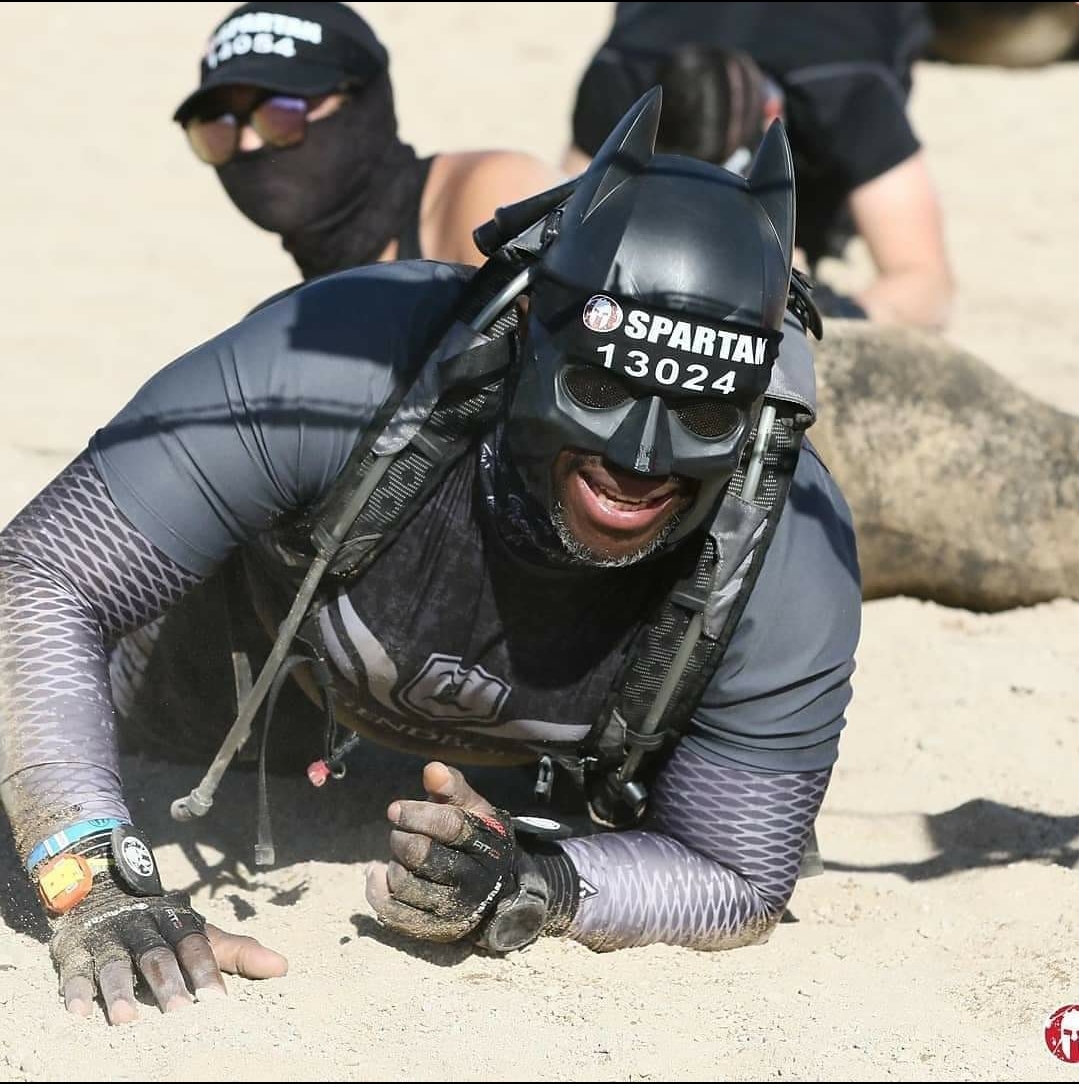 Turning tragedy into triumph is a goal that Osisansya takes with him to every race. Nearly three years ago, the Southern California resident was at the Route 91 Harvest Musical Festival in Las Vegas the night of the worst mass shooting incident in U.S. history. His brother in law was struck by the random firing and paralyzed, and 58 people lost their lives. Osisanya uses that number to honor them: Three weeks after that horror, he competed in his first Spartan race—with many more on the horizon.

“My goal is to run 58 races, one for every person who was killed that night,” he said. “In racing and training for the races, I have been able to keep my PTSD under control.”

Osisanya is distinguishable at the races for his attire—most notably, a Batman mask. A nurse by profession, he sees acts of heroism on a regular basis. “Nurses are superheroes and I worked the night shift so it was a logical choice to juxtapose my love for Batman and the fact that nurses—especially those who work at night—are superheroes,” he said. 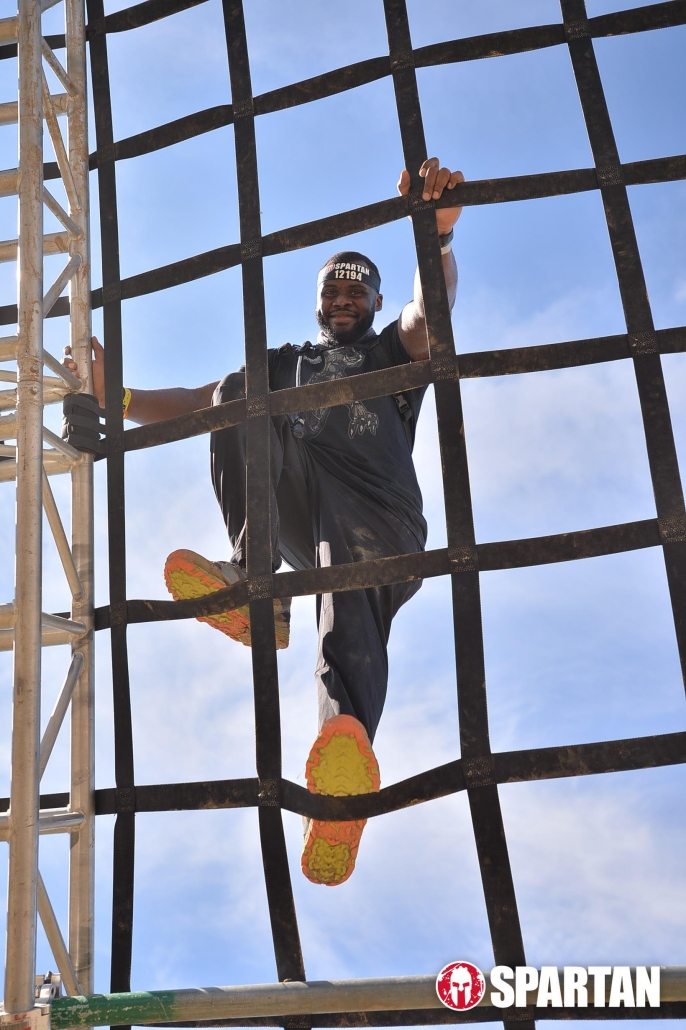 Another California resident, Calhoun has been participating in the Spartan races for years now, having conquered his first at the L.A. Sprint in 2016. The systems engineer has only gone on to achieve more from there: Last year, he completed his first marathon.

His family has played a pivotal role in his endeavors and in providing motivation, too.

“My wife had already raced and shared her experience with me,” Calhoun said. “I knew I already had the physical endurance to complete a race, but it was more for me the mental endurance I wanted to test.” His wife often races with him, but she’s not the only family member offering encouragement.

As the sport continues to grow, he would encourage more black people to participate. “I think there is a raw humanity involved with Spartan Races everyone should experience, but this is especially the case for any minority—especially in these times.” 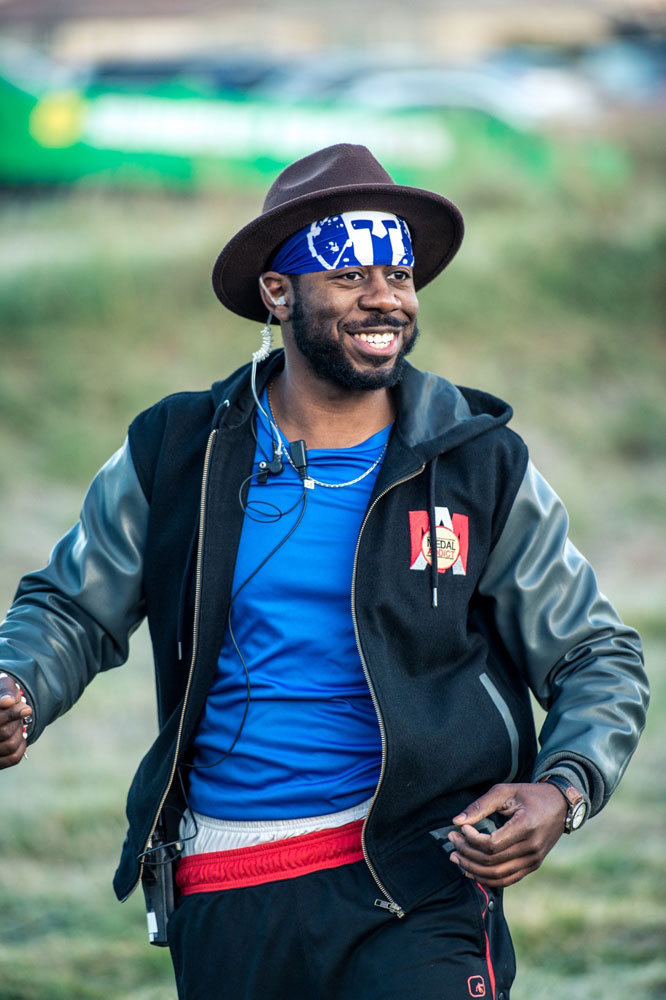 A fateful conversation with a beloved family member changed everything for Manning. Shortly after his father was diagnosed with Stage IV Cancer, the two were watching a Spartan Race on television. Manning asked his father if he thought he could do one. His father said he could do anything. Thus began Manning's OCR journey.

In 2014, Manning participated in his first event—and since then, he hasn’t looked back. A teacher during the day in his self-described “Clark Kent” role, he turns into a “Superman” at night when he’s “rocking the mic in crowds of 9,000-10,00 people” as an announcer at large-scale events like Spartan Race.

Growing the sport and further promoting the feeling of community are major goals for Manning, and he’s helped with the latter through the founding of Medal Addict, a social media venture that bonds athletes who love to medal. “What makes us different than any other social media community,” he said, “it inadvertently is not for the elite athlete. This is for the Open Wavers that like to have fun and go and learn the sport of OCR.” Another project, the Medal Club Kids book, is targeted to a young audience and looks to inspire the next generation by following the main characters as they compete in the races.

Through spreading the word about OCR and by virtue of his own presence at the start line, Manning feels that could have a positive impact on representation among people of color at the races, where he believes life lessons are learned. “The beauty of OCR is that half the training is already done because we’re human,” he said. “We’re taught to climb, to struggle, but also to persevere.”