In 2006, just before he was diagnosed with Hodgkin’s lymphoma, Evan Landry was a 185-pound 18-year-old kid who could crush it in the weight room and run 9-minute miles. Weight loss was not a concern. But cancer treatment took its toll. He went from doing a 235-pound deadlift to struggling to lift an unloaded barbell. Even running seemed laborious. “The cancer left scarring on my lungs and heart,” he says. “That made cardio difficult for me.”

In the years that followed his diagnosis, Landry gave up on fitness and gained 50 pounds. He took up video games instead. And aside from occasionally fishing and riding ATVs in the summer, he hardly got outside. It took 10 years and the birth of his son to change that.

Shortly after he and his wife had their first child, Landry found himself trying to chase a toddler around the yard. He could hardly keep up—basic parenting left him tired and winded.The desire to find a workable weight loss plan became urgent. He wanted to feel fit again, like he had in high school, but he wasn’t sure how to go about it. Then he saw the Spartan World Championship on TV.

Last February, Landry weighed 235 pounds. He decided that would be his peak, and he made a commitment to his wife to lose the weight. He wanted to be better, both for himself and for his family. He was going to run a Spartan race. “My wife called me crazy,” he says now. “I really had no idea what I was in for.” 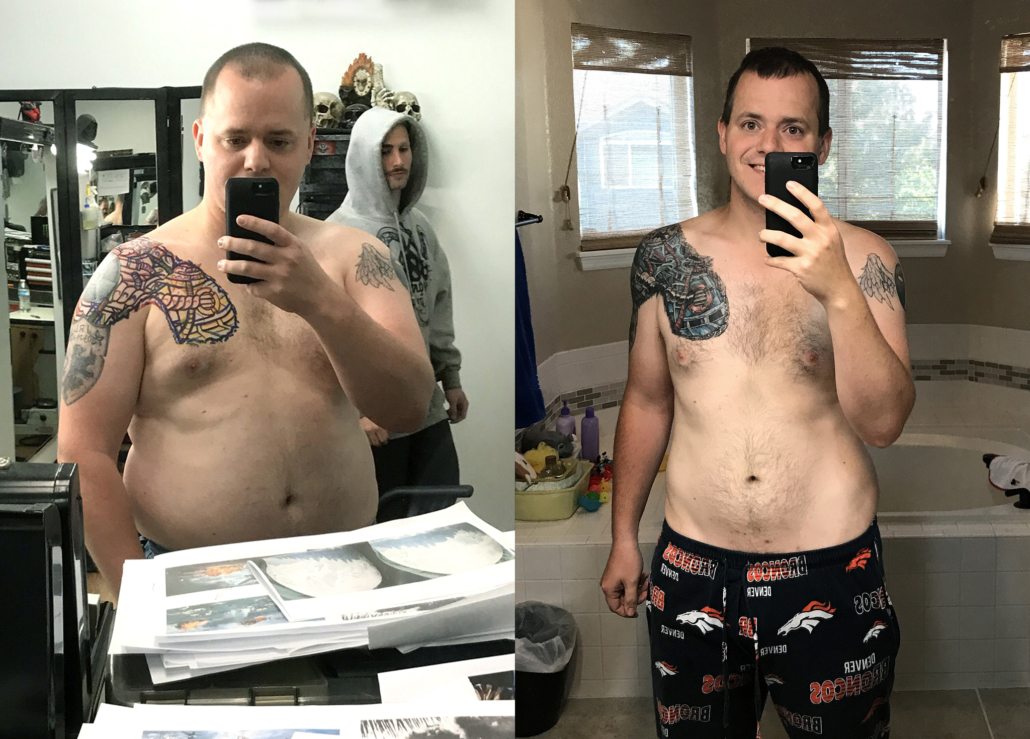 Six months later, Landry had lost 60 pounds, and on August 26, he crushed his first Spartan Beast in Breckenridge, Colorado. He calls it one of the most fulfilling experiences of his life. “I’m just starting to reach my potential,” he says. “I worked for six months and I finished a Beast. Just imagine what I could do if I worked a year or two—or even more?”

Today, at 29, Landry is back to lifting heavy weights, and he can proudly run a sub 8-minute mile. He’s in the best shape of his life, he says, and he’s a better father because of it. “We still chase our little guy around, but now it’s usually us starting playtime and wearing him out instead of the other way around,” he says. The Xbox is packed away, and Landry spends more time outdoors. “Within less than a year’s time, life looks dramatically different.”

Here, Landry shares the four rules he followed during the weight-loss journey that led to his first Spartan race.

Rule #1: Make a Realistic Workout Schedule, and Stick to It

When training for the Beast, Landry made a commitment to himself to go to the gym at least three times every week. No excuses. “I’d start with 35 minutes on the elliptical, then move onto a circuit training station for another 15 to 30 minutes,” he says. By showing up consistently, the new routine turned into a habit, and then it became natural. Not sure where to start? Try our Get Back in Shape training plan.

Even if you don’t stick with it long-term, tracking your diet for a few weeks can change the way you eat forever and do wonders for weight loss. Landry used the app MyFitnessPal to log his meals and weight-loss progress. “I had no idea the garbage I had been eating or that my portion sizes were just bonkers before I sat down and really took a look,” he says. “Using the app, I saw what I was doing wrong. From there, I cut out caffeine, fried foods, and fast food, and I dramatically reduced my sugars.”

Rule #3: With Weight Loss, Get in Over Your Head

Having a lofty goal kept Landry on track—even on the days where all he wanted was a cheat meal. “Spartan scared the bejeezus out of me,” he says. “I didn’t want to make a clown out of myself. I know the obstacle community is super supportive and helpful, but that didn’t mean I wanted to look like the newbie who was in way over his head when I ran.” The August race date ultimately motivated him to stick to a healthy diet, maintain his workout schedule, and push himself harder each day.

Having cancer as a teenager and later suffering from a collarbone injury, Landry found no shortage of reasons to avoid fitness. “I just got to this point where I couldn’t use my medical history as an excuse anymore,” he says. “For so long, I would think to myself, ‘Well, this is just the best I can do now,’ and I’d stop pushing.” But those were hollow excuses. As soon as he decided to push his limitations, he discovered they weren’t really there to begin with. Now he can lift without pain, and cardio—rather than making him suffer—makes him feel alive.