With the year in full swing, we know you are as motivated as ever to find your next Spartan Race this summer...and our 2020 lineup is bigger, badder, and better than ever before. To celebrate (and inspire you!), we’ve compiled a list of epic Spartan Race facts, history, and special insights about each event—in addition to pulling out the stops for venues that are brand new, as well as some that are Spartan mainstays. No matter if you’re an OCR veteran or new to Spartan, there is an event for everyone. Read on for one badass fact about our next set of races of the year (and stay tuned for our final installment in this series!) to get stoked and amp up your training.

Click here to check out PART 1 in this series

Spartan Races 2020: Cool Things to Know About Every Event 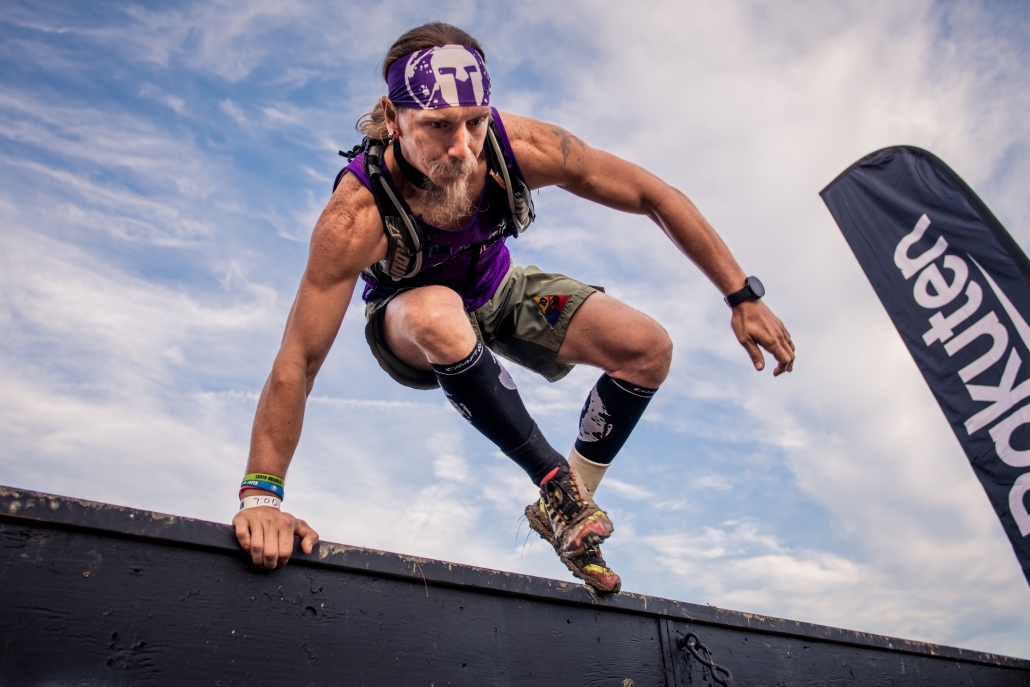 WHEN: May 30-31 WHERE: Southington Off-Road Park, Garrettsville, OH

The Southington Off-Road Park is one of the largest in the state, with 1,500 acres of off-road glory and situated between Cleveland, Youngstown, Pittsburgh, and Akron. Spartans can expect to use all features in their pursuit of a title, with Southington claiming the terrain ranges from “mild to wild”. What that means for Spartans is that this is the perfect venue to expect the unexpected! 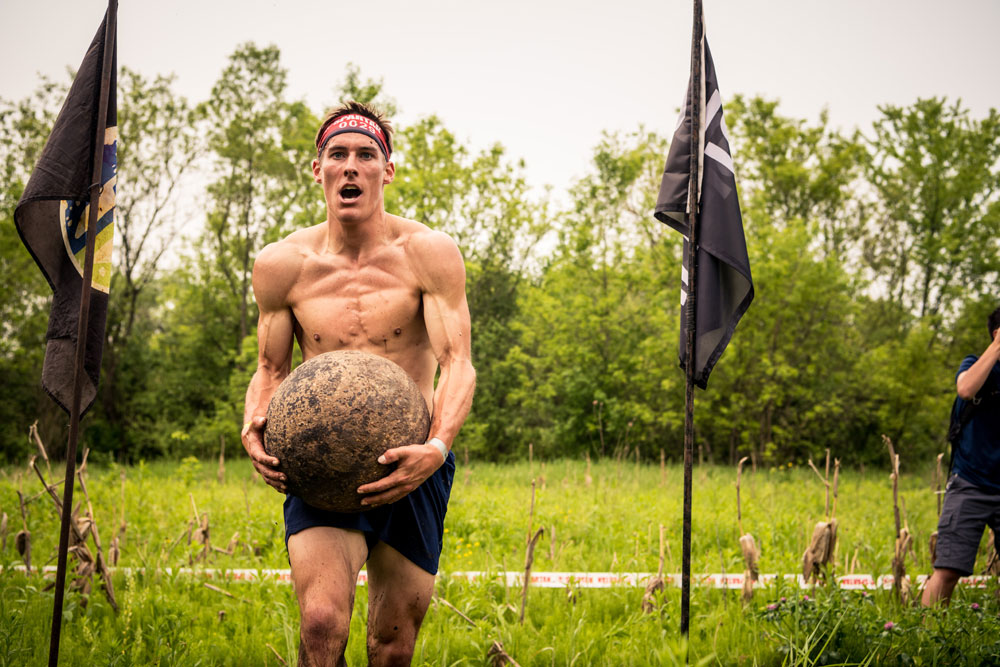 In prior years, Chicago Spartans have been treated to rolling country in Richmond, with a revised badass Sprint course in the works for 2020. The least predictable feature could be the weather: the end of May in the Midwest could bring rain, hail, sunshine, or even snow. 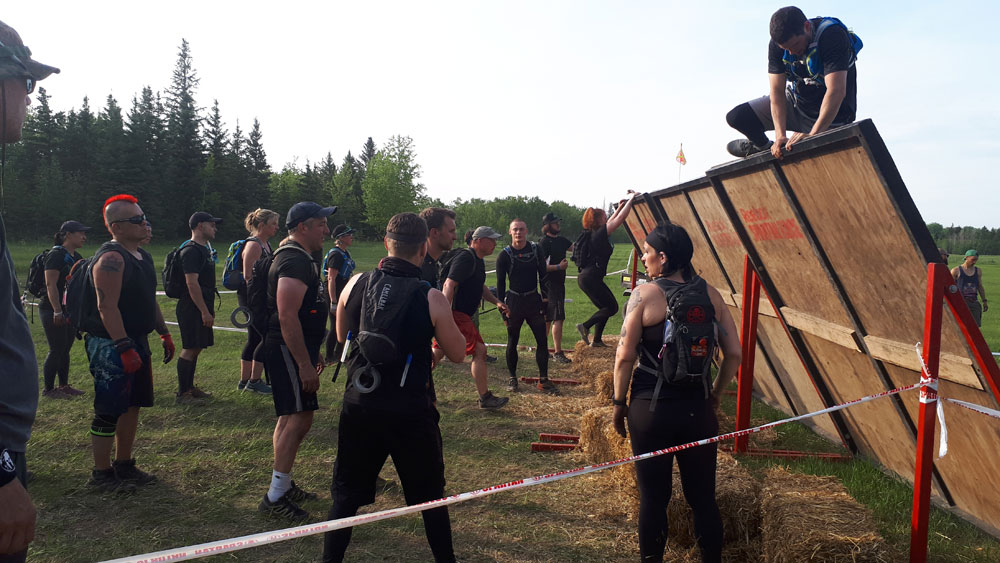 Known as the “Jewel of Red Deer”, this sprawling park lies on the banks of the Red Deer River in Alberta, Canada, and offers a variety of terrain (with stable, rolling elevation). Racers should have some of the best scenic views; tough, grueling terrain; and will be faced with a hard choice between two awesome courses—one 5K and one 13K–but can determine to do one each day of the weekend… or both! 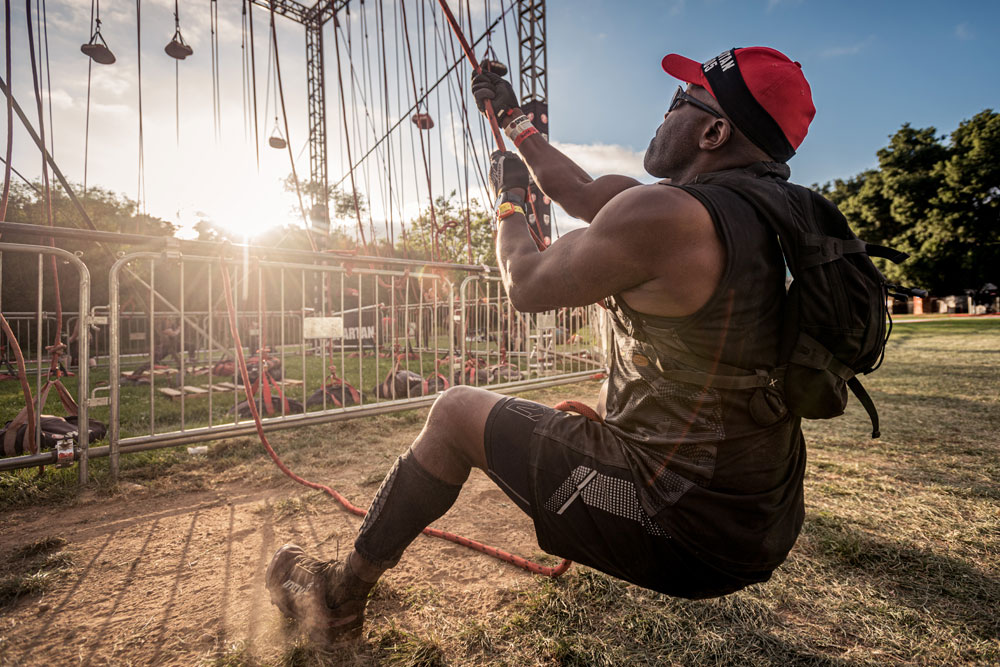 Toro Park in Salinas offers epic hills and rolling parkland, which is challenging in itself for runners and hikers year-round native to the Bay Area. Laguna Seca Raceway is also close—Spartans can expect a fast-paced, challenging event Saturday—but Sunday, trail runners will get their first shot at hitting the 50K trail distance, half-marathon trail distance, or 10K trail distance. 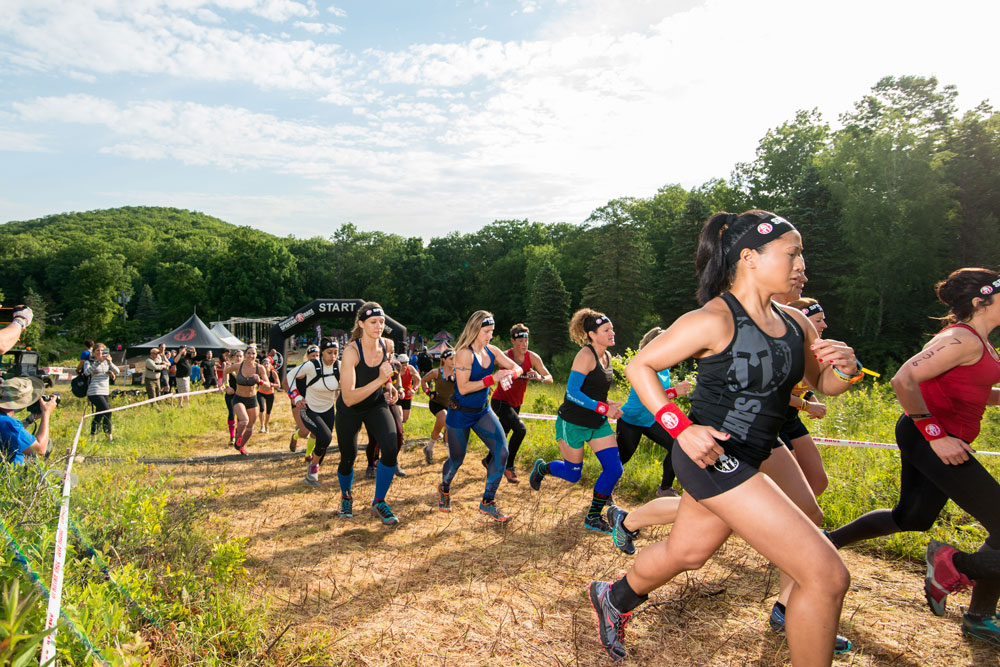 Tiger Mountain at Tuxedo Ridge will be hosting Spartans this weekend for the 10th year in a row. Racers can find plenty to challenge them on the mountain itself, the nearby landing strip, or at a local renaissance fair. Over 11,000 Spartans attended this race in 2019. 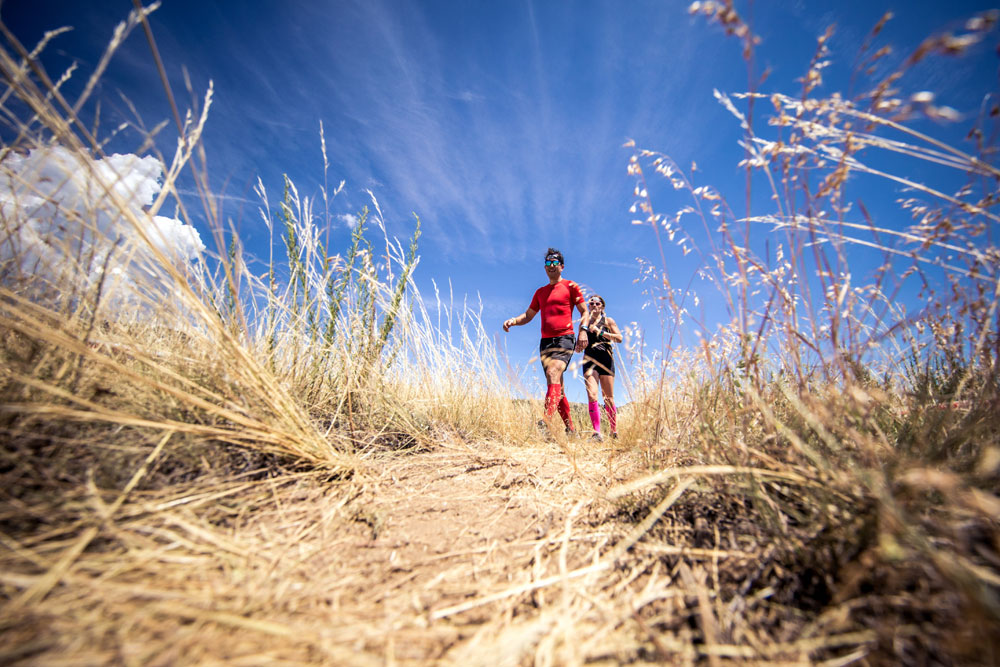 WHEN: Jun. 13-14 WHERE: Fort Carson Army Base, Colorado Springs, CO

The first Spartan Race to be held inside the gates at a military installation, this Colorado course will be adjacent to historic Pikes Peak. Racers can expect military-grade terrain and some of the most beautiful (and unforgiving) mountain ambiance. 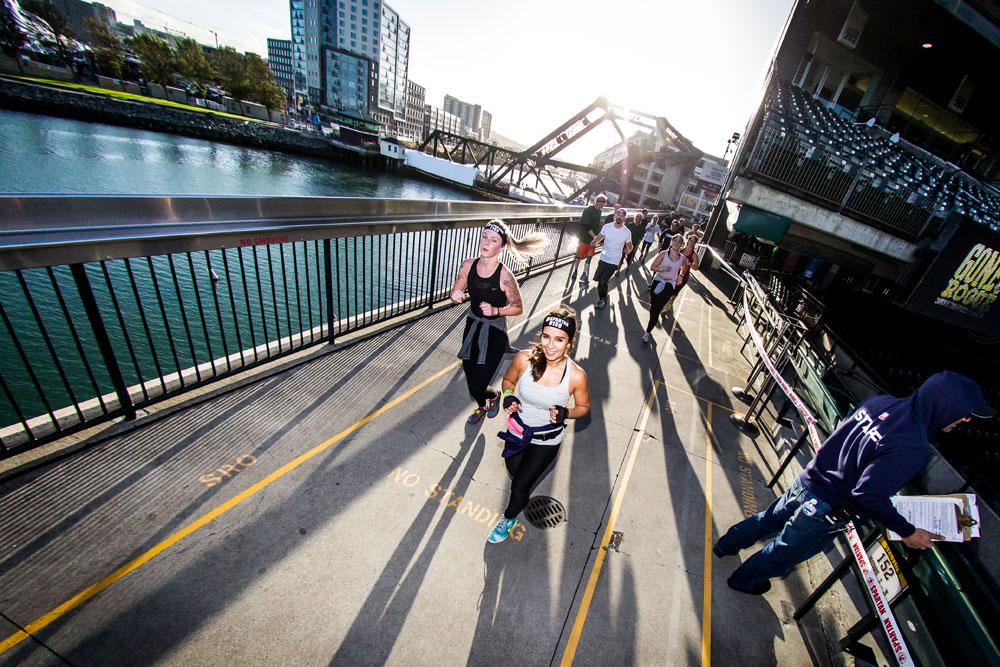 Indoors, climate controlled, and the largest stadium on the Spartan Stadion schedule. What more could you want from a venue that hosts America’s Team every weekend in the NFL? 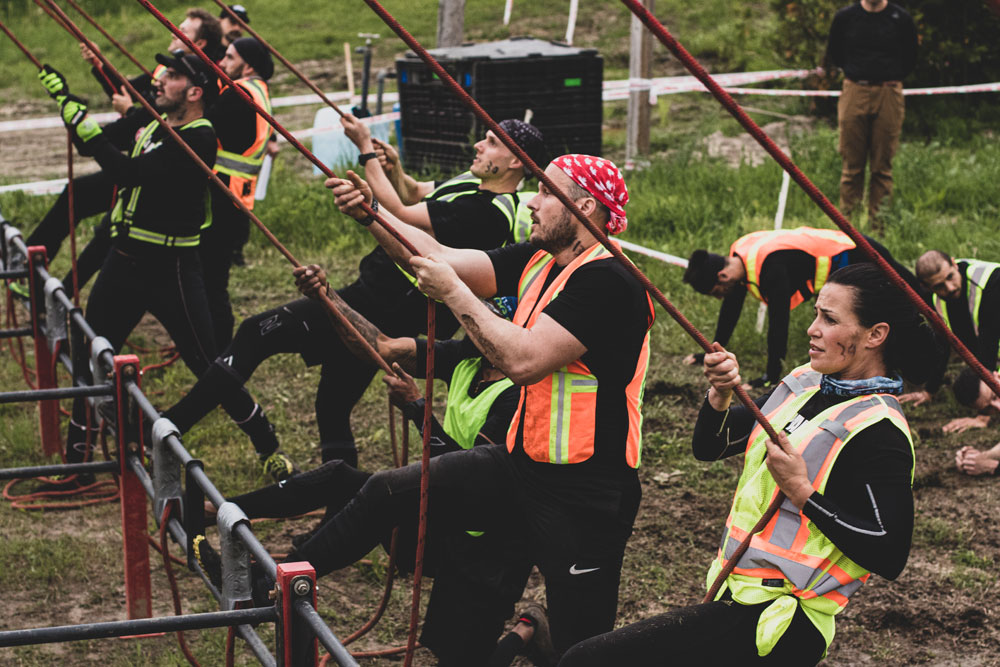 Ski Brimacombe is the venue here, which will challenge Spartans by pushing them up more than 90 meters in vertical ascent (300 feet up). It’s also in close proximity to Lake Ontario and downtown Toronto, which means there will be plenty to do beyond the race, with natural getaways available and a booming nightlife scene. 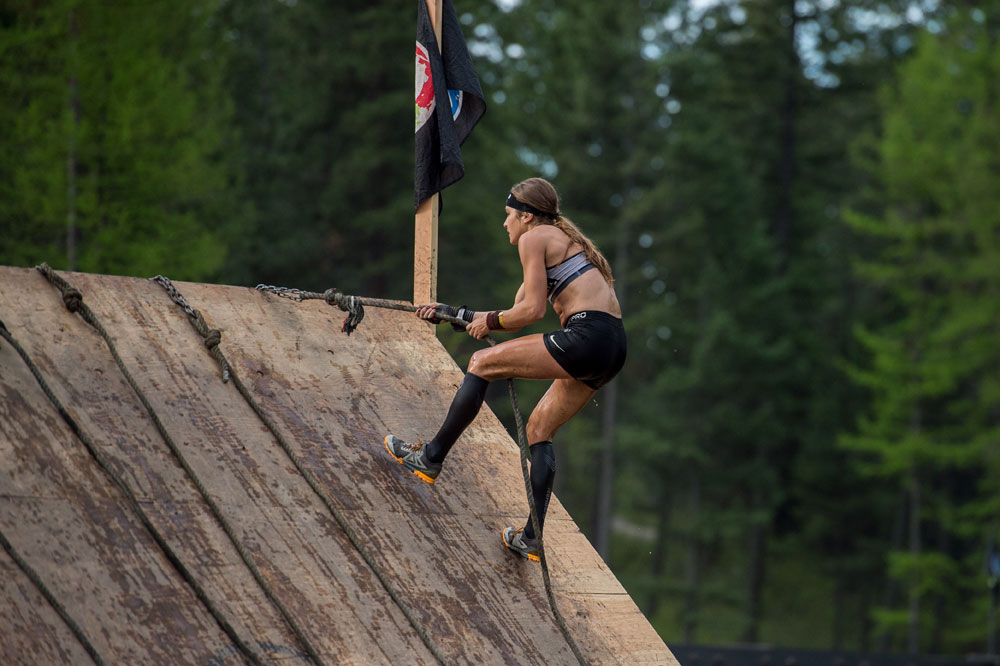 The McCormick Farms site will play host to the first-ever Beast race at this venue. Racers can expect plenty of challenges on the 1,000+ acres that have everything—from dense forest, to rolling hills and steep riverbank sections. 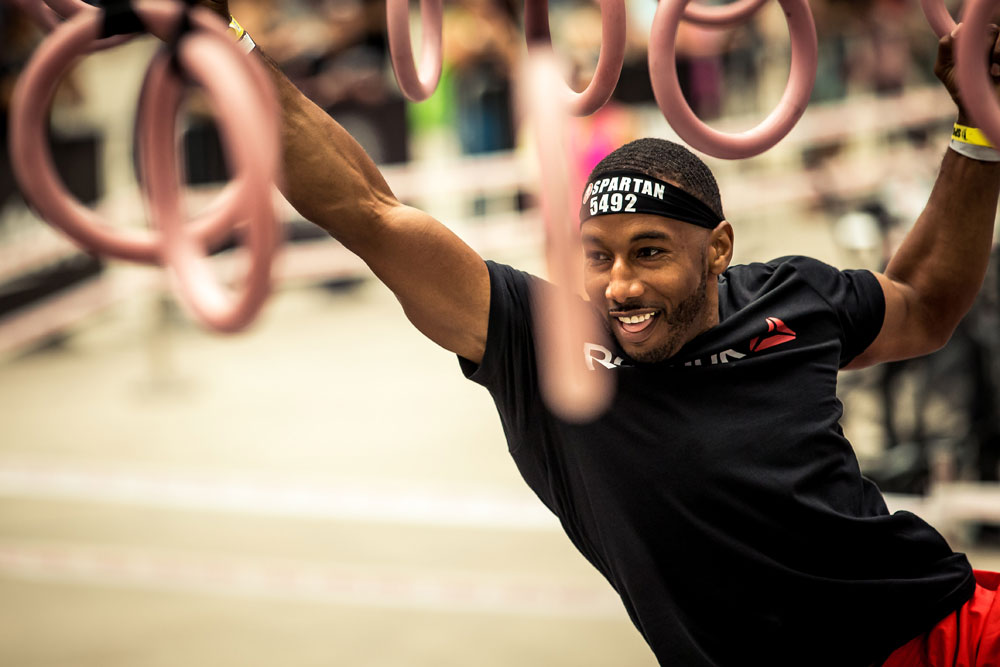 This 73,000 capacity stadium is one of the most innovative and advanced sports facilities in the world, with a retractable roof and retractable grass field. Spartans should prepare to use every inch of this venue, which was named 'Event Site of the Year' in 2007 by Event Solutions Magazine. 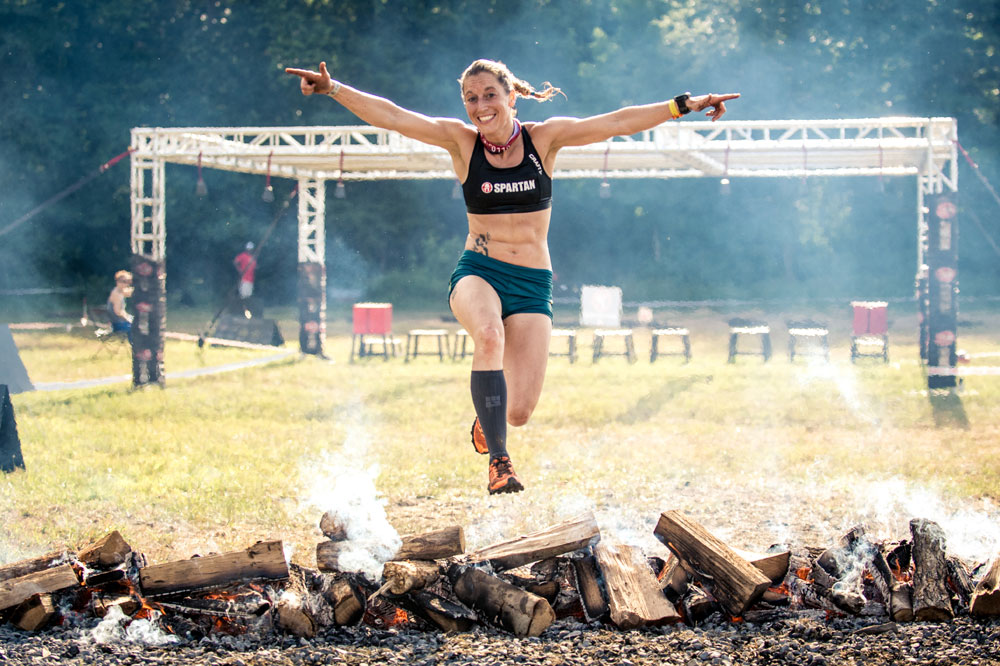 Hills, mud, and the only Spartan Race to feature at a dragstrip venue. This 3+ mile challenge at Maryland International Raceway is set in Amish country, but don’t be fooled, it’ll be a modern mission to get to the finish. 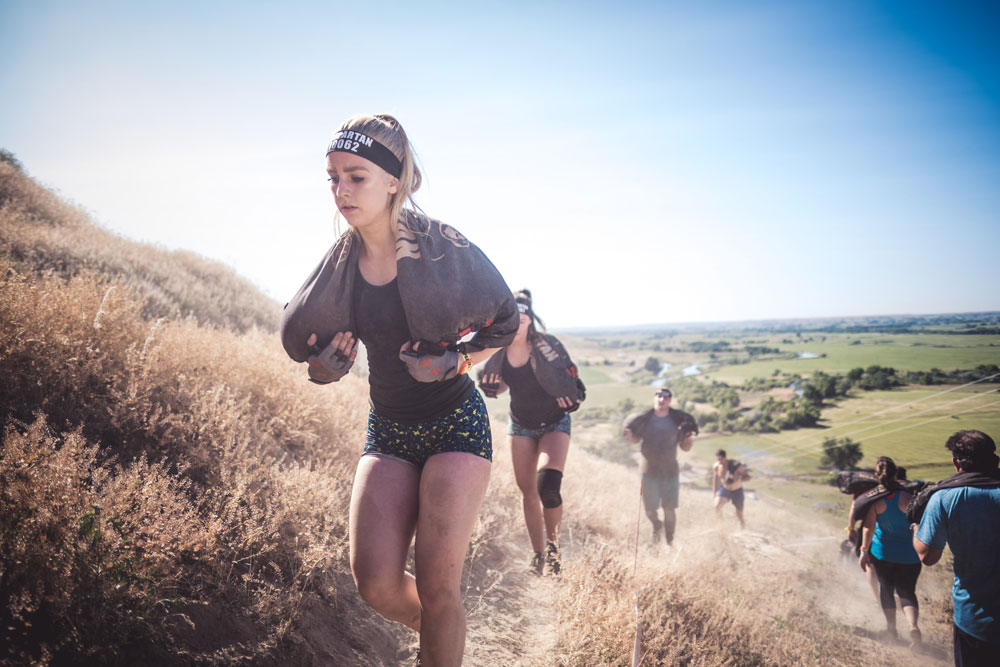 Unforgiving terrain will make this a tough Spartan Sprint, but if alternative extreme sports are in your interest, white water rafting is right next door. Spartans who plan for more than just the race can often make a vacation out of the weekend! 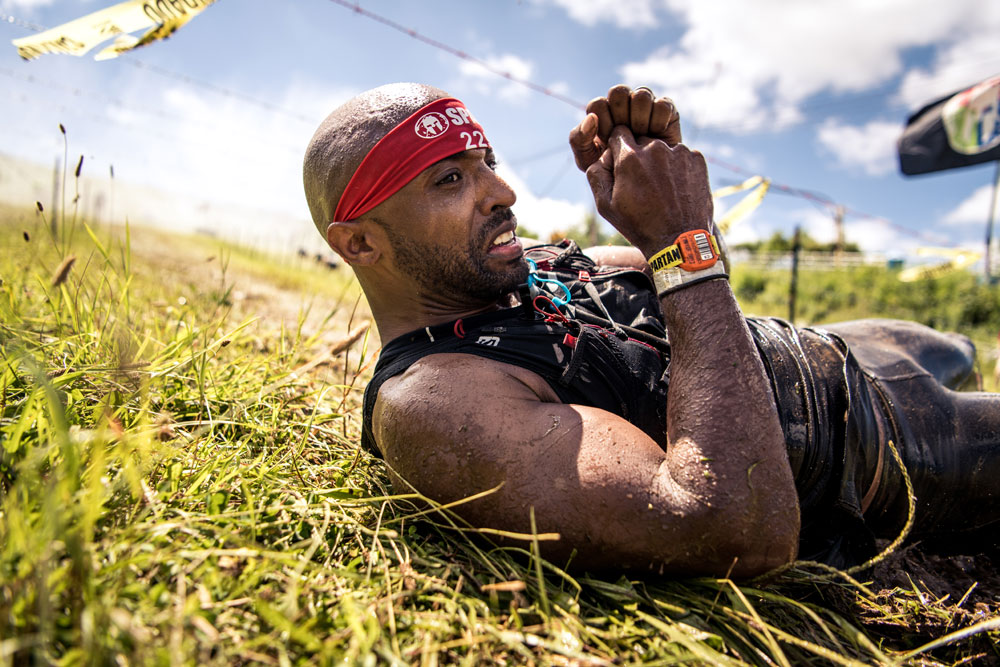 A double sandbag carry means twice as much pain (but twice as much reward) when Spartans complete the vertical course at Blue Mountain Ski Resort in Eastern Pennsylvania. Do not neglect the searing elevation changes... 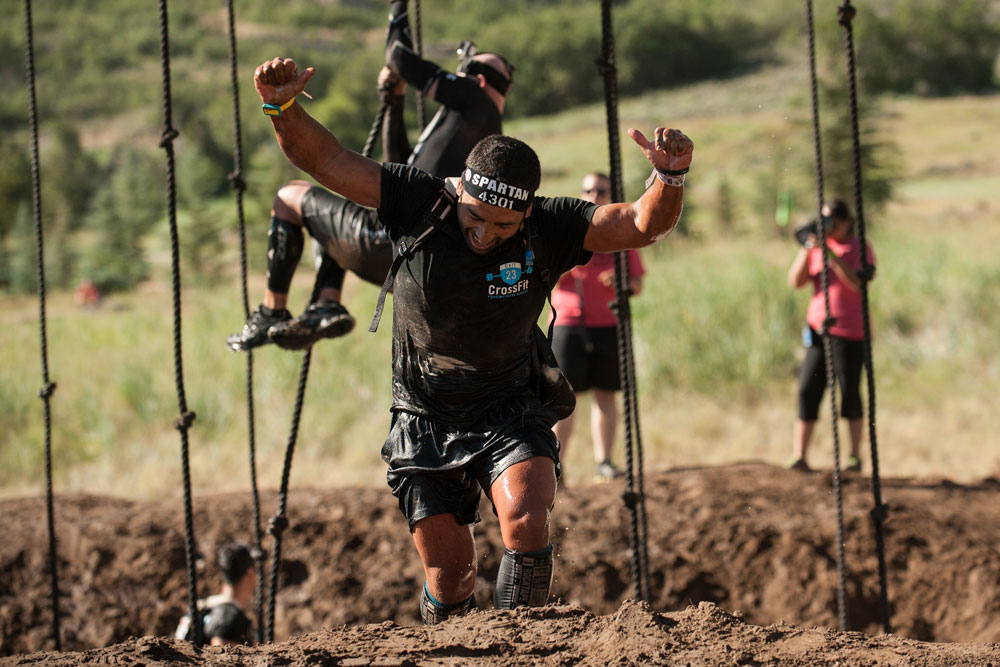 Look for this event to be contested at Mount Ogden for the first time—a 3,000 foot climb awaits! Plenty to do locally, with the event coinciding nicely with the nearby Blues, Brews, and BBQ concert. 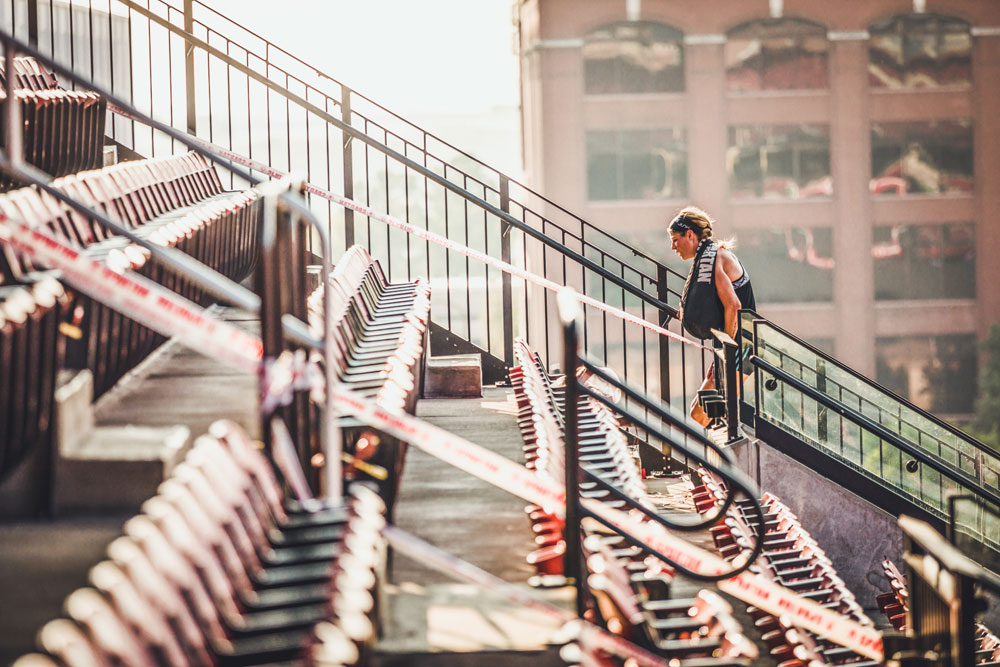 WHEN: Jul. 18 WHERE: Angel Stadium of Anaheim, Anaheim, CA

Disneyland and Knott’s Berry Farm are both a 15 minute drive away from Angel Stadium, so after you go all-out on the three mile course, you can unwind by taking on some of the best entertainment in the world. 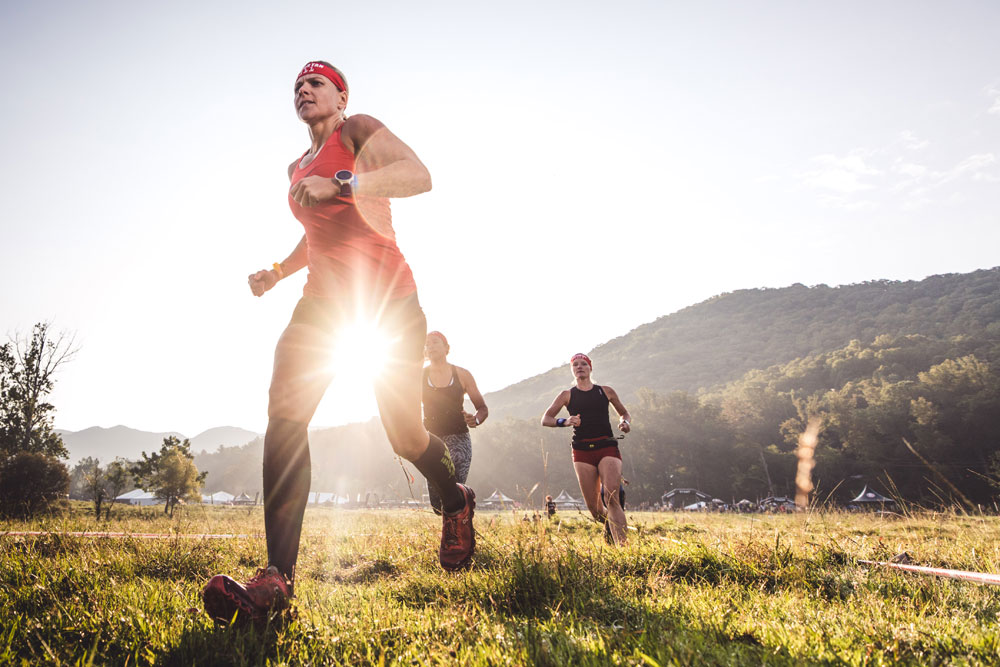 The Grove Stone and Sand course is not only one of the toughest (nestled next to an active rock quarry) it’s also famous for being backdrop to films like the Hunger Games. For Spartans who want a challenge and some celebrity photo ops should seek out this course, among others. 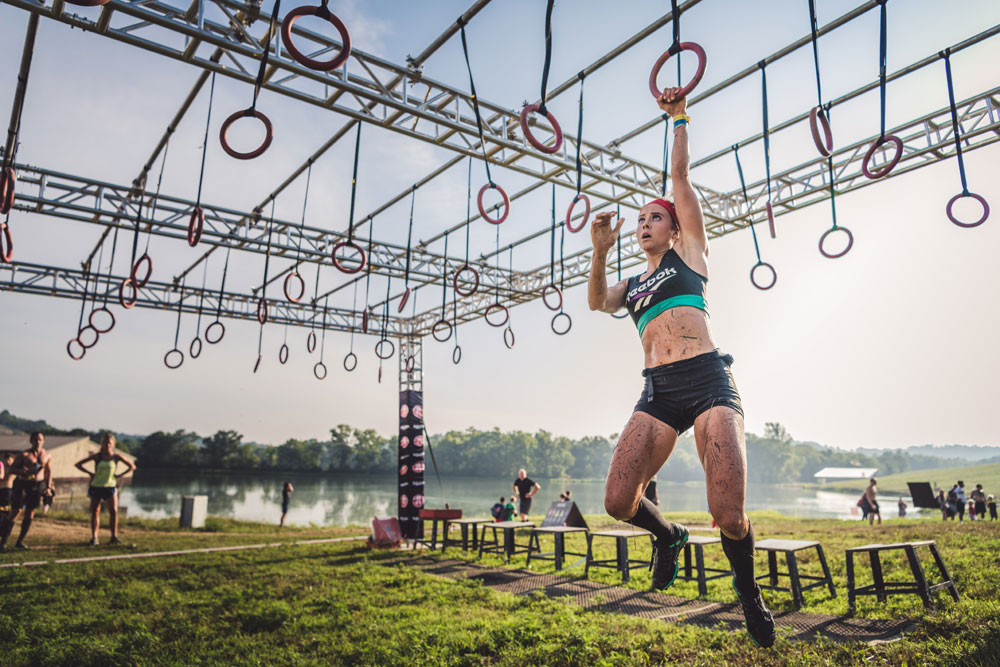 WHEN: Jul. 25 WHERE: Perfect North Slopes, Lawrenceburg, IN

30 minutes from Cincinnati, the course at the Perfect North Slopes will include some extreme vertical, but also a unique water tunnel obstacle. 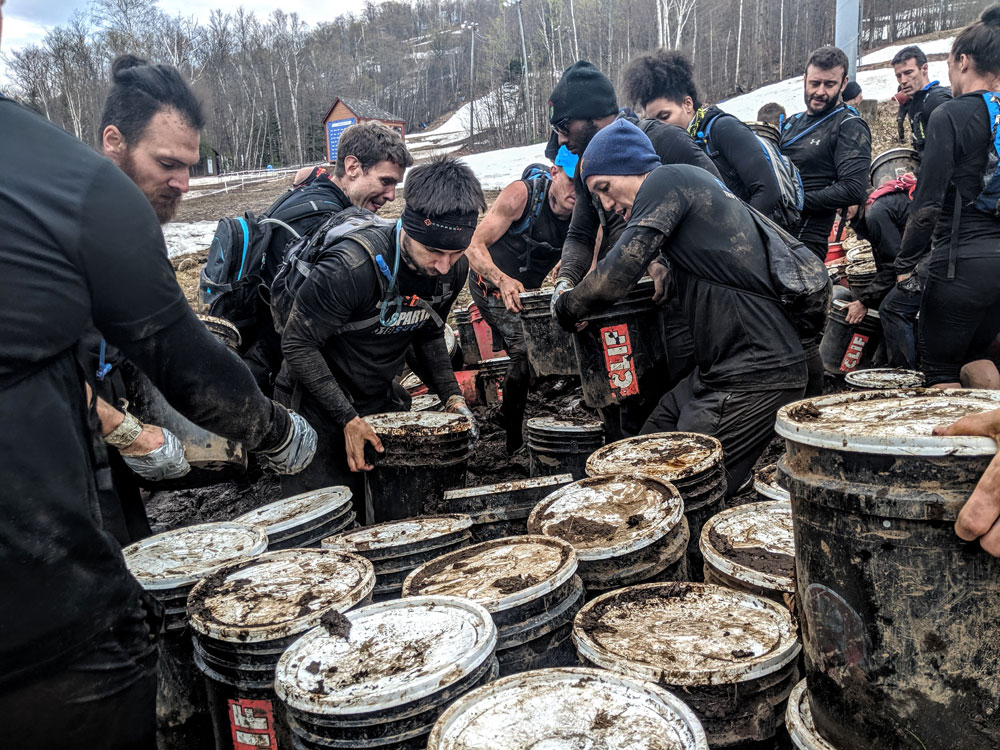 A venue featuring 24 ski runs and dozens of hiking trails (with waterfront views) ought to be tough by itself, but when you factor in the obstacles at the tallest ski resort in Ottawa Valley, expect it to get crazy. 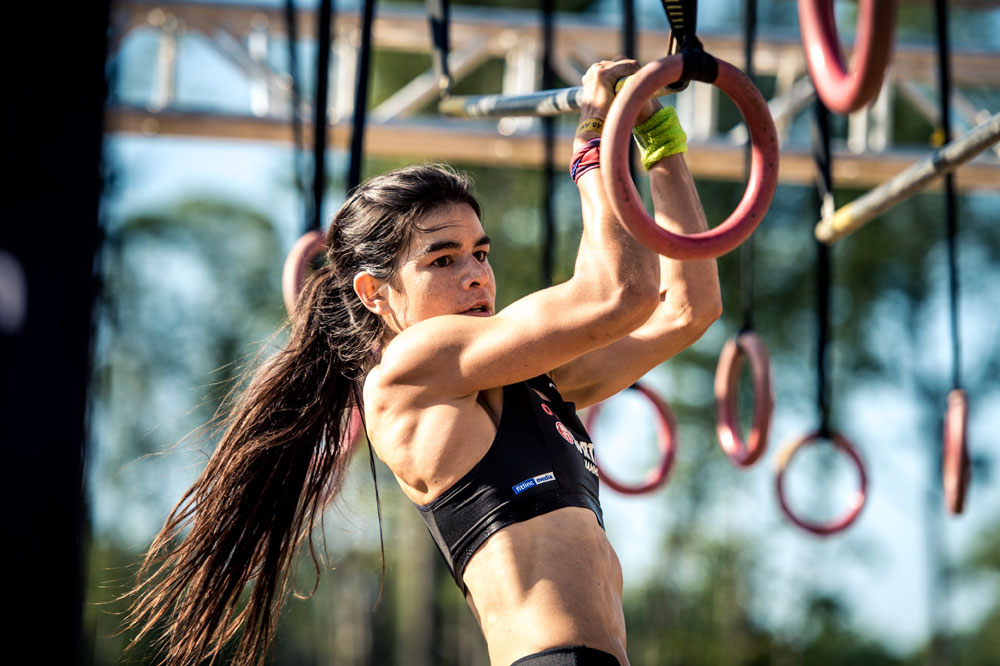 Back to 508 International, one of the wettest, most extreme courses on the calendar, along with being Spartan’s “home” course. You know it’s going to be tough, gritty, and awesome. 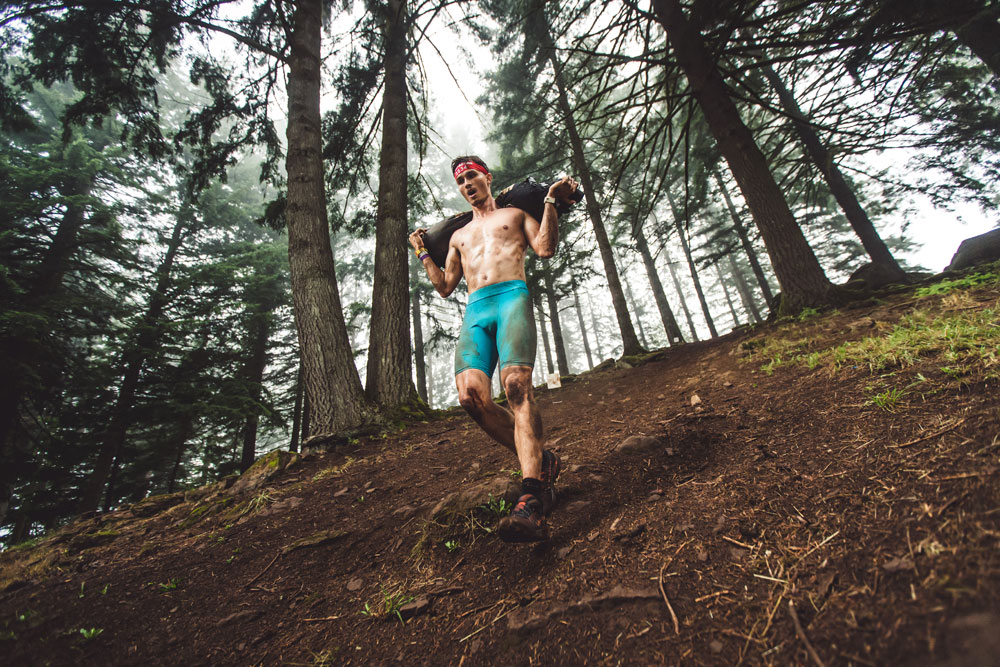 Now in its 8th year at Washougal MX Park, the terrain and scenery are unmatched. The park has the perfect combination of wooded trails and motocross tracks, which make for an incredible, obstacle-dense spectator area. It’s also home to a “Slip N Slide” Festival under the right conditions. 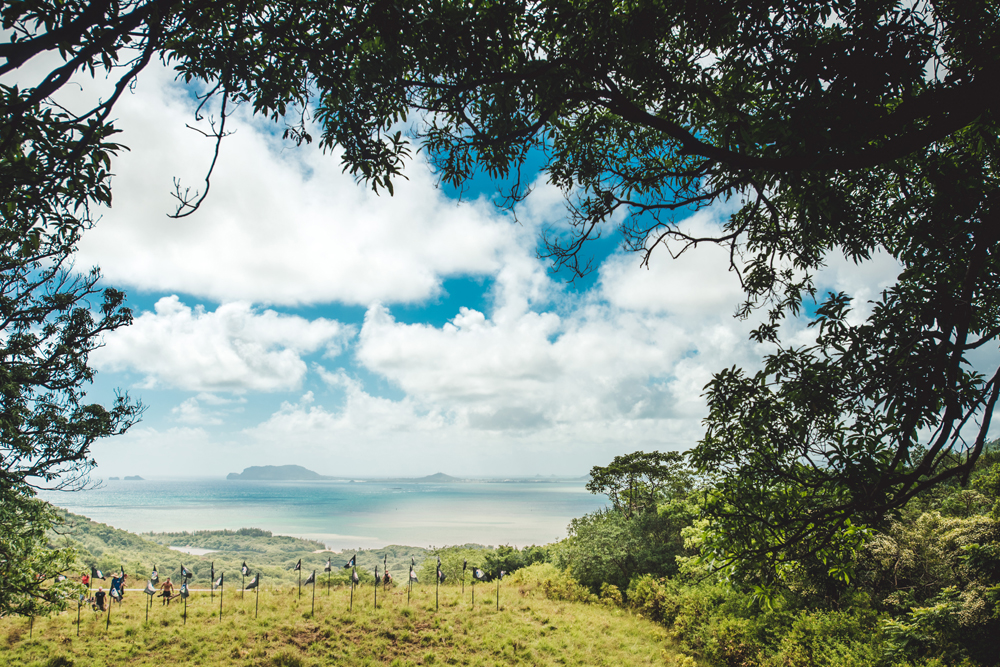 Who can deny that having the opportunity to race four different events in the same weekend (Sprint, Super, Beast and Ultra are all available) with three of them: Sprint + Super + Beast, counting toward a Trifecta medal—with active volcanoes, tropical jungle, and movie set ambiance all available—is worth it. Spartan in Hawaii will be more than just a vacation in 2020. 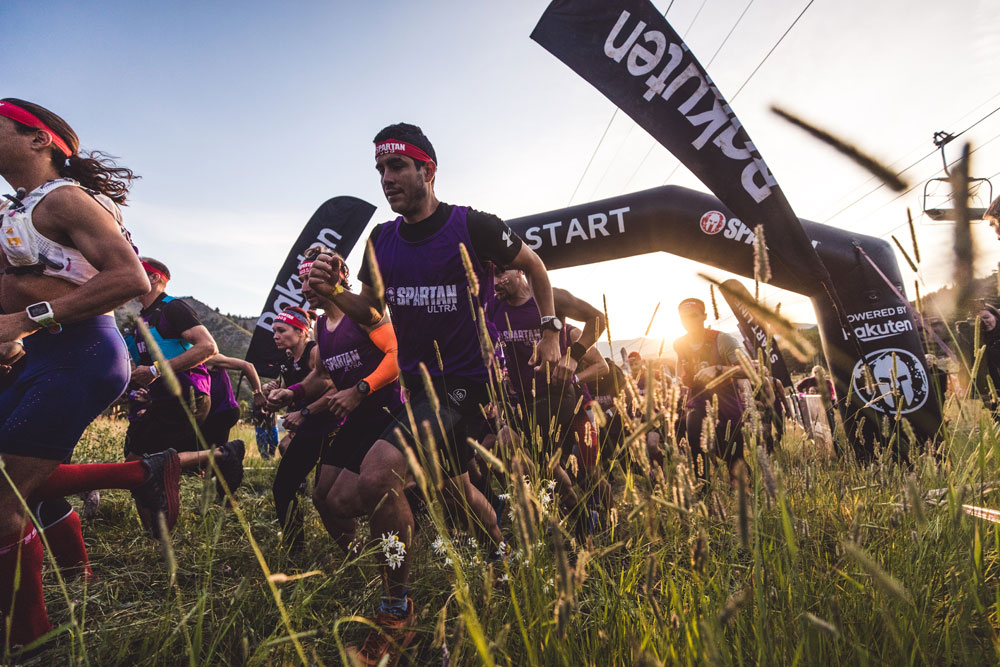 WHEN: Aug. 15-16 WHERE: Kicking Horse Mountain Resort, Golden, BC

Held on the border of Alberta and British Columbia is the Kicking Horse Mountain Resort, which features not only some of the hardest mountainous ascents and descents (4,133 feet) but also some of the most beautiful countryside in the world. It’ll be the first time this mountain has hosted an OCR. 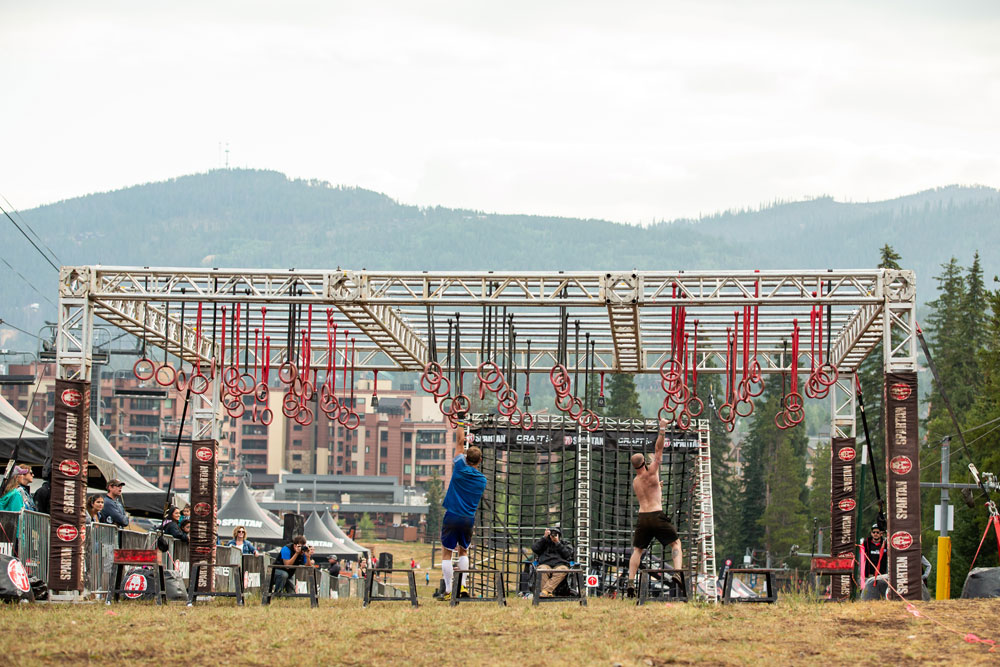 Another first-time OCR venue will be the Colorado Renaissance Festival in Larkspur (near Denver). This race promises the extreme terrain Spartans have become accustomed to, in addition to the beautiful views of the mountains as well. Plus, while there will be nothing Medieval-themed at the event itself, the obstacles will require the mettle required from warriors of yore. 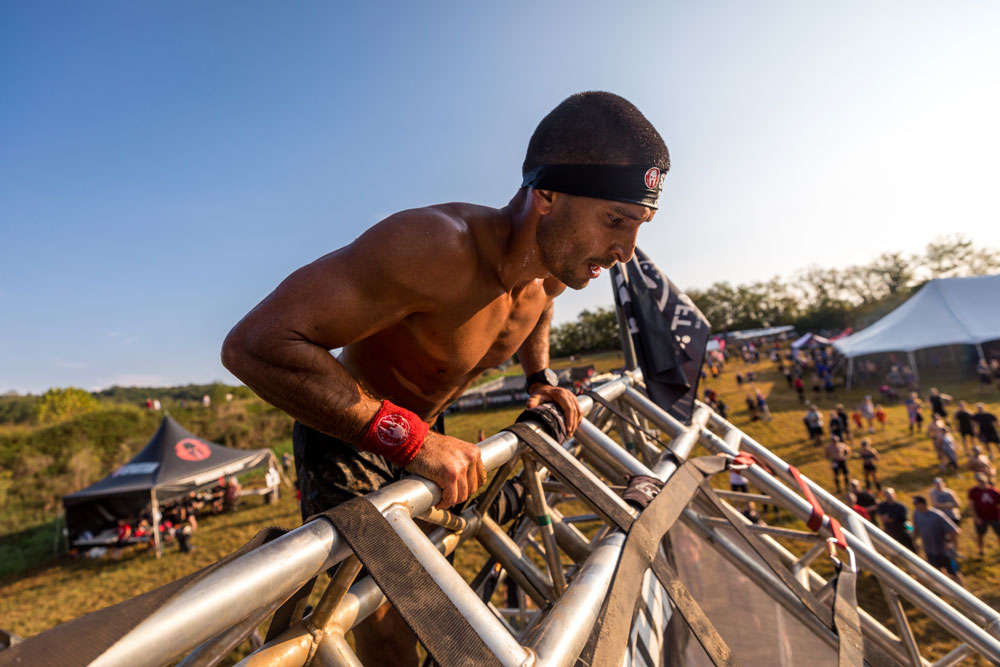 This venue not only has badass military history and a plethora of outdoor-inspired terrain, it is the only site that spans two U.S. states while Spartans participate. 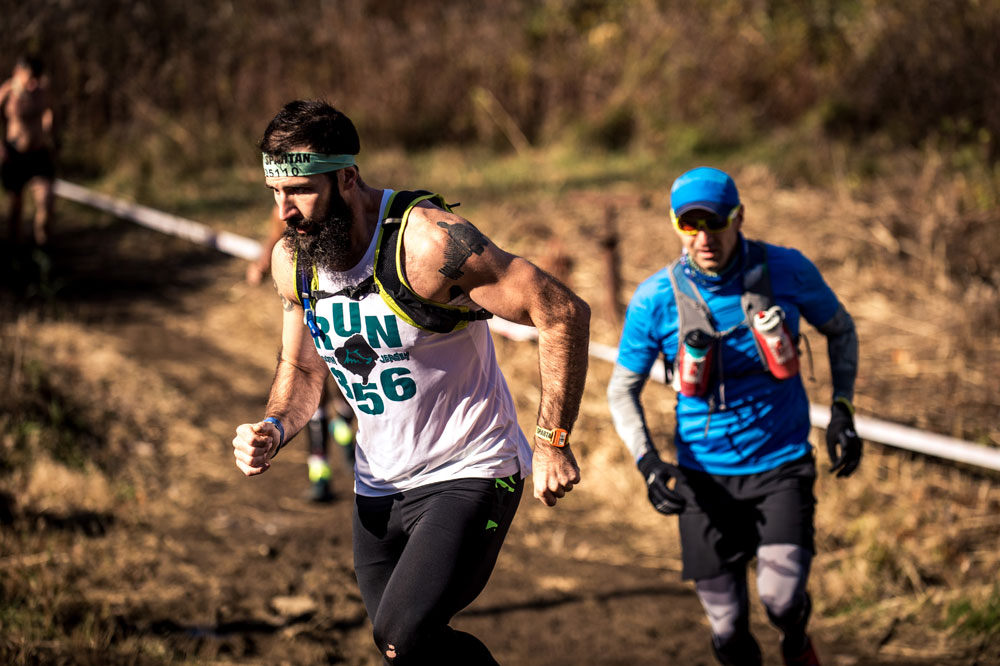 WHEN: Aug. 22 WHERE: Bethel Woods Center for the Arts, Bethel, NY

This is the event where Spartans will get their first opportunity to race at the scene of the original Woodstock music festival. History-minded racers will get the chance to supplant the hills and valleys of the countryside where the famed Woodstock festival occurred more than 50 years ago. 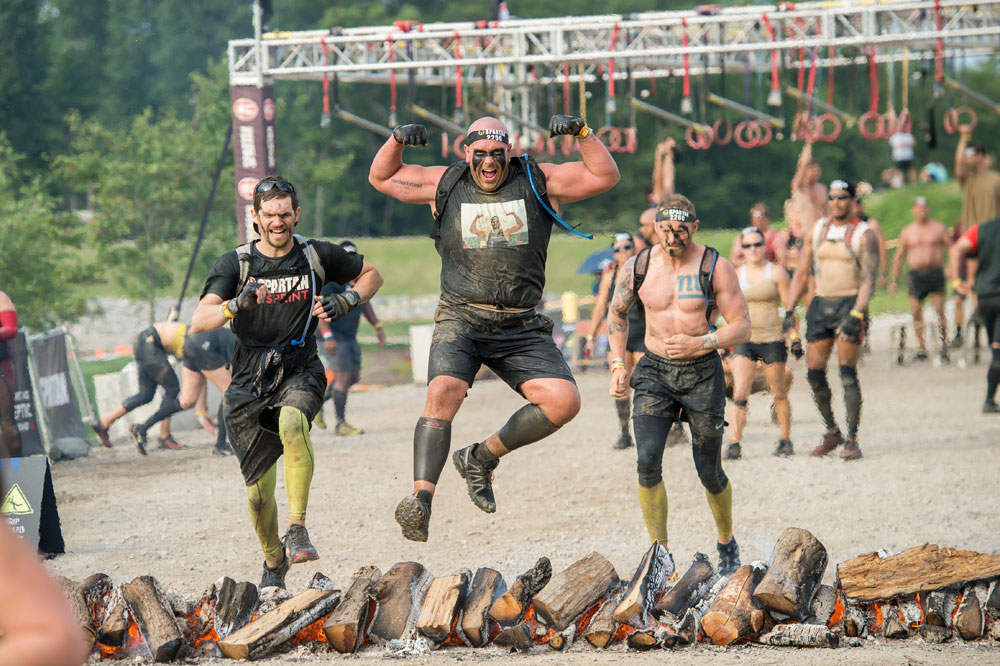 This venue is a hotbed for Boy Scout projects, including a sustainable treehouse and a suspension bridge. It’s also a venue in the heart of the Appalachian Mountains, which makes earning a Trifecta medal here even sweeter, because it won’t be a walk in the park.