(Editor's Note: To Watch the live feed of the Locked and Loaded 24-Hour Run (LL24H) and to donate to the cause, visit their website.)

Concentration is crucial when running long distances. A fundamental component of this is the ability to ignore distractions, both external and internal. Focusing instead on the task at hand can move you toward the state of flow often responsible for athletes reaching the finish line without feeling pain or time passing.

But what if all stimuli were KO’d from the moment you started to run? What if instead of trying to tune out the beautiful vistas in your peripheral vision, or the guy on the treadmill next to you yapping into his cell phone, you began your run in complete isolation, surrounded by nothing but darkness and deprived of all sensory stimulation?

This is what Canadian John Witzing, the co-creator of Locked and Loaded 24 Hours (LL24H) is aiming to find out on the eve of the Spartan World Championship in Tahoe. For 24 hours on Friday, September 28, John and fellow endurance racers Josh Chessman and Brian Chontosh will be locked inside their own 10-foot shipping container, pounding a TrueForm treadmill in utter darkness in a race to run the most miles.

There will be no artificial light. No sound. No biofeedback of any kind. The only accompaniment each man will have is the thump-thump of his feet, the rise and fall of his breath, and the vast terrain that is every  person’s own thoughts.

“The inner conversation will be the hardest,” says John. “I already know from training for any endurance events that there’s an inner dialogue that happens. This includes the lies that we tell ourselves and the control we have to exert to just try to be present.” And though part of his training for the challenge has involved regular meditative yoga as well as running in a sensory deprived state, he says, “It’s going to be easy for our minds to take us places that we might not want to go.” 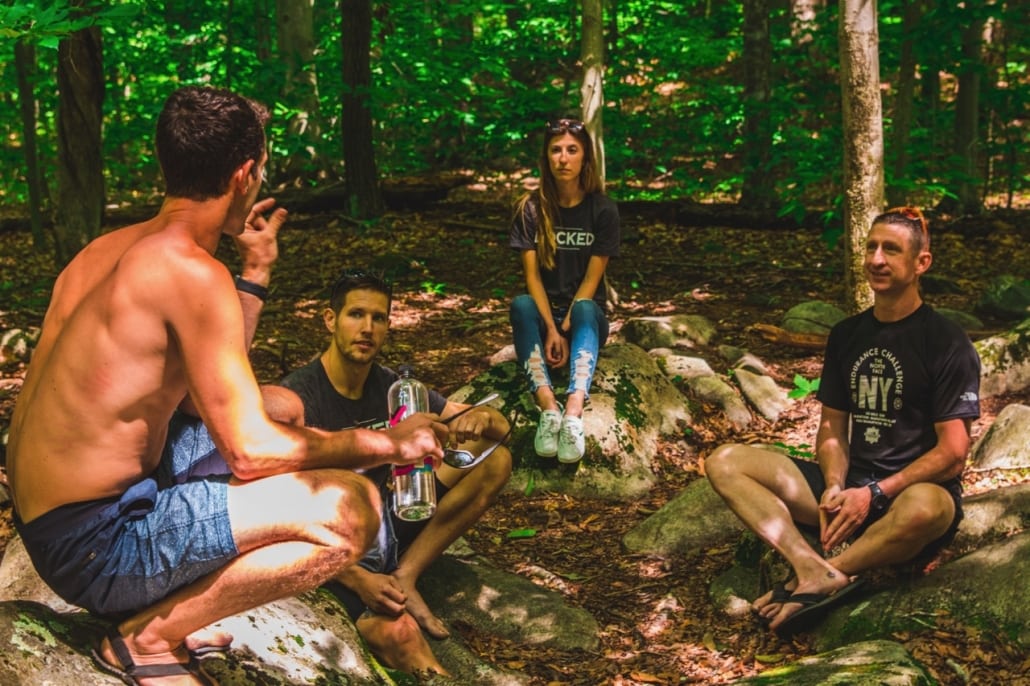 But shockingly, for John, that’s the point. The three competitors are undertaking this never-before-staged endurance activity in support of mental health, veterans, and first responders. In his day job, John works as a police officer in Ontario. In recent months, he has lost three colleagues to suicide. He’s not alone in being personally touched by this kind of tragedy: both Brian, a retired US Marine, and Josh know people who have struggled with mental health issues. “We see our challenge as symbolic of what  someone living with depression, anxiety, or something bigger, is potentially going through,” says John. “Suffering in silence, not being able to see the end of the road, and maybe feeling that with every step, this darkness and isolation is all there is.”

“Similarly, there’s a type of suffering in pushing yourself physically. To me, endurance sport has always been a symbolic statement of how we deal with the world head-on,” he reveals. “And I’ve always been interested in tapping into what insights we can pull away from that, what lessons we can learn, particularly when applied to life, and our mental health in particular.”

For John, one of the biggest takeaways he’d like people to have from the LL24H challenge is that no matter the pain and mental anguish, it’s always worth it to fight. “That might sound naive,” he says. “And, as a police officer who often deals with these issues as an outcome of my job, I know it’s a much more complex issue. That said, though, really what we want from doing this challenge, is for those dealing with mental health and life hardships to know that, despite what the struggle is, there are people and resources to reach out to.”

With so much thought and planning behind it, it’s remarkable to learn that the idea for LL24H only started to take shape in May of this year. John and Josh, an elite-level personal trainer, were driving to a mountain ultra race when the conversation inevitably turned to ways to set more high-stake challenges for themselves.

Both men are long-time endurance racers, with John embracing his own love of tough athletic tests as a cross-country runner in high school, and a triathlete and three-time Ironman finisher. As friends, the duo regularly train together, always pushing themselves to explore the limits of their physical and mental potential as human beings.

They began to talk about creating a completely new kind of endurance running event involving total sensory deprivation and realized that they were just the kind of guys to do it. “I guess that’s what happens when two training partners spend nine hours in a car together!” says John, laughing.

From that initial conversation, everything started to move fast. Knowing they would need a non-motorized treadmill led them to the fantastic team at TrueForm and  introduced them to their third competitor, extreme endurance athlete Brain Chontosh. Though John and Josh had originally planned to put two containers in a downtown area of the small Canadian town they live in, when a third person came on board and opened up the possibility of getting their important mental health message out to a wider audience, they began to look around for a larger venue. 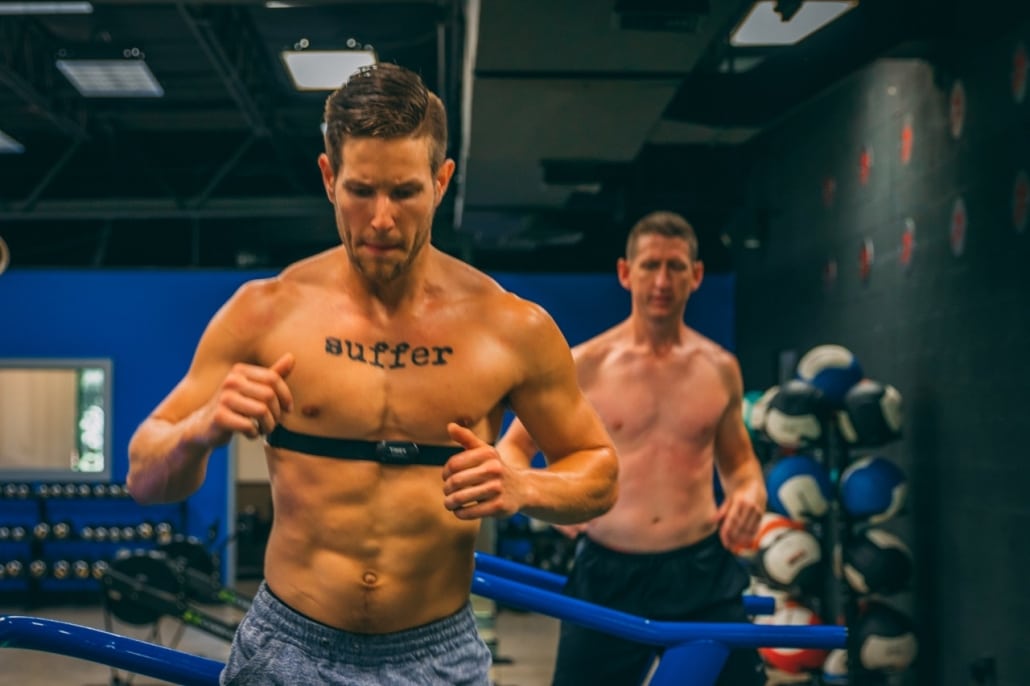 Following a conversation with Brian, Spartan Race founder and CEO Joe de Sena offered the Spartan World Championship at Tahoe as a venue. “We couldn’t be more grateful to Joe for jumping on board to support us,” says John. “That means a lot. And being aligned with Spartan is super huge. It’s a global brand that really helps people develop that winning mind-set in life, and this challenge is about that too, so it feels like there’s a total fit with Spartan.”

Now the day is nearly upon them, and the trio are eager to see how they will deal with the reality of the event. “In many ways it’s an experiment, not just for us but everyone involved,” says John. “Nobody in the world has ever attempted this before, so it will be interesting to see if everything works out the way we think it will from the staging of the challenge to the actual completion.”

Of course one of the biggest tests the competitors will face during LL24H is the lack of biometric information and sense of time that all endurance runners rely on. “It’s really important for endurance athletes to know how far they’ve run, how much time they’ve left, when to eat, when to take in hydration—all of this is important to overall athletic performance,” explains John. “But we’re not going to know any of this. The only thing that we will know for sure is that there’s only 24 hours. But,” he adds. “A lot can happen between the first minute and hour 24!”

Supporters of LL24H can follow John, Josh, and Brian on a live cast as they run what will undoubtedly be one of the most difficult races of their lives.

People are also invited to donate to the athletes’ chosen charities, Wounded Warriors Canada and the Reveille Project, here.