Listening to Louis Yuhasz talk through his struggles, it’s hard not to see his passion, determination, and commitment. But these virtues have been tested. Yuhasz, 54, is a Spartan and the founder of Louie’s Kids, the organization he founded in 2001 to help fight childhood obesity. But before that he was an overweight teenager and an alcoholic. To help others, he had to first learn to help himself.

Yuhasz built a life on the discipline he modeled after his father, Louie, who held the same job for 46 years and almost never missed a day of work. Weighing 550 pounds when he died at age 66, Louie also showed incredible feats of strength. “There was never much to complain about physically, growing up with a dad like mine and watching him literally crawl up the four or five steps to get into the back door of the house,” Yuhasz says. In many ways, the father set a good example, but he also passed on the idea that weight was beyond control. So it’s no surprise that the younger Yuhasz was overweight at a young age. “He was my rock, but also my enabler,” he says.

The summer before entering ninth grade, Yuhasz decided he wasn’t going to start high school fat. He committed completely: He ran the high school football track almost every day and ate a paleo diet before the world even knew what a paleo diet was. He’d fill up on eggs, salad, and tuna, and by the time he hit the halls, he felt like a new kid. “I started ninth grade 35 pounds lighter,” he says. It was a victory with repercussions: Suddenly Yuhasz was popular with the kids who were drinking and using drugs. His desire to be part of the in-crowd pushed him to get physically fit, but it also marked the beginning of his road to substance abuse.

For the next 10 years, Yuhasz lived hard. He was running and swimming to stay lean, and he even became an aerobics instructor. “But I also partied like a rockstar,” he says. At 26, he landed in a jail cell with a DWI. His best friend picked him up and told him it was becoming increasingly difficult to watch the train wreck. Shortly after, with no help from the programs designed to help addicts and alcoholics get clean, Yuhasz gave up drinking.

The years that followed were some of his best. He met his partner, Fred Wszolek; made some money; and bought his first house. It was also during sobriety that he founded his nonprofit, Louie’s Kids, which he named after his father, to inspire kids to fall in love with fitness and learn to control their weight. 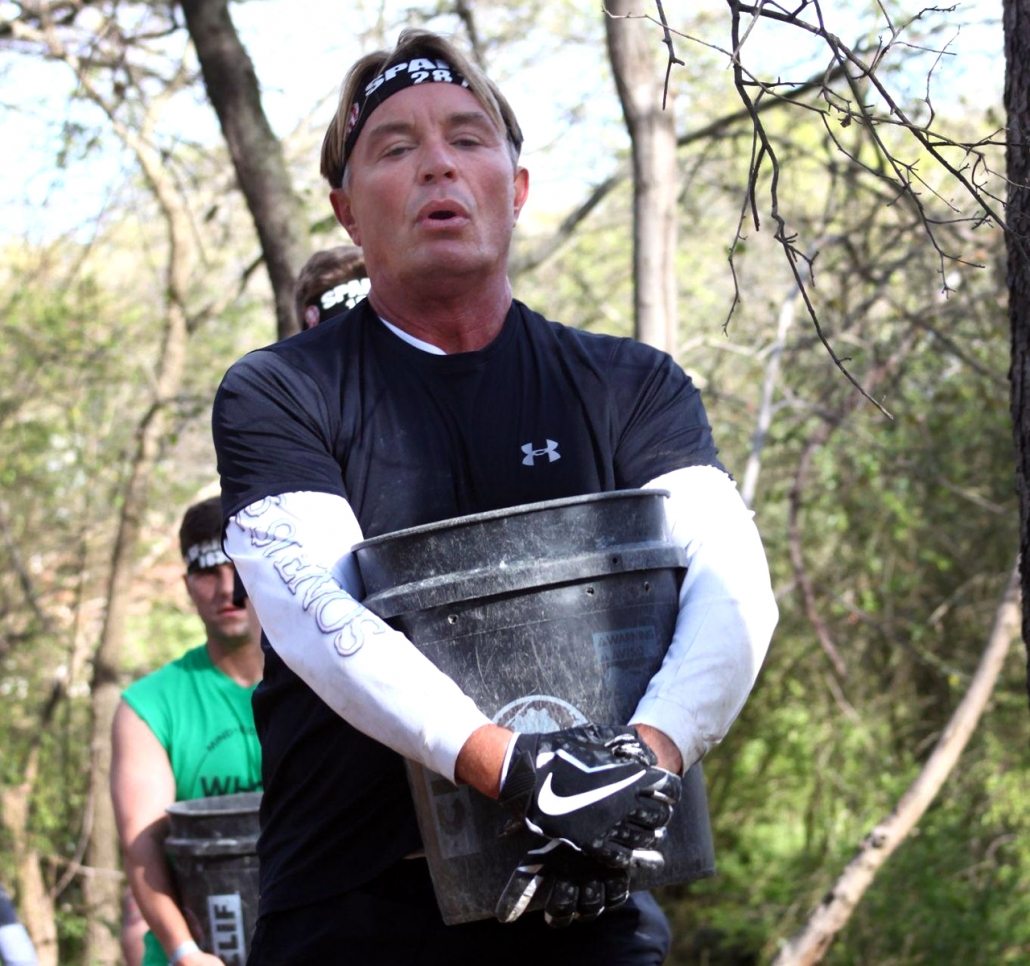 His solo recovery plan worked, until it didn’t. For 16 years, Yuhsdz managed to ignore his addiction, but he’d never properly faced it head on with treatment or counseling.

When he was 42, Yuhasz was vacationing in Italy with two friends. He decided to have a drink at dinner, and just like that, he was once again the 20-year-old with no control over his own appetites. “The alcoholic’s brain is not wired like others’,” he says. “The crazy side of my brain reared itself loudly.” Nine painful, destructive years followed.

During his relapse, Yuhasz managed to keep Louie’s kids going. But his sense of purpose was muddy. “I was hollow inside,” he says. “All this time I’m running races, I’m inspiring families and kids, I’m trying to save the world, but internally I'm destroying myself,” he says. In 2015, after almost a decade of drinking, Yuhasz got a reality check: A close friend, recently out of rehab, relapsed after moving home. The friend’s wife threw him out of the house. It was the third marriage Yuhasz had seen fall apart because of addiction. “Is this enough? Have I seen enough?” Yuhasz remembers thinking.

The next day, he went to an Alcoholics Anonymous meeting. He found a sponsor, saw a therapist, and started talking through his addiction. He was done pretending he didn’t have a problem.

Yuhasz received his white chip in the recovery program, and once again sober, he started channeling all his energy into pushing himself physically.

“Like most people in recovery, Louis found that when you put down the wine glass and step away from the bar stool, you have a whole lot of time on your hands and a crazy amount of energy,” says Wszolek, his partner. “He put that time and energy into trail runs and kettlebell swings and pull-ups.”

Yuhasz knew about Spartan from watching Spartan: Ultimate Team Challenge on television, and listening to Joe de Sena’s *Spartan Up! *podcast. Now that he was taking his fitness to the next level, he decided to set his sites on an obstacle race. He signed up for a Sprint in Charlotte, North Carolina, in May. He was worried—could he get through all five miles and 22 obstacles without burning out?—but he reminded himself of the challenges he’d already overcome. “More importantly, I thought of my kids from Louie’s Kids, the years and years I’d spent telling [them] to push through no matter what,” he says.

Yuhasz crossed the finish line in 1:43:12. Wszolek—who wanted to race that day but was sidelined by an injury—was waiting for him at the finish line. “Louis has always been an amazingly strong-minded person,” he says. “It’s awesome to now see him channel that mental toughness into something like this.”

In July Yuhasz ran his second Spartan race, a Super in Asheville. During the bucket carry, he found himself next to a young woman who started doubting herself out loud. “You can so do this!” he shouted. “This is so in your head!” He was speaking to her, but also to himself. “There were some big, burly guys who were putting the bucket down for a second of rest, and I was like, no way am I f---ing putting this bucket down.” he says now. (Needless to say, he did not put the bucket down.)

Yuhasz felt victorious again after completing the Herc Hoist without dropping the weight. He had to calm down, use his head, and think it through: “I now have the ability to pause and think,” he says. “I used both my mind and my body in unison, and guess what? I was ringing that bell and moving on.” 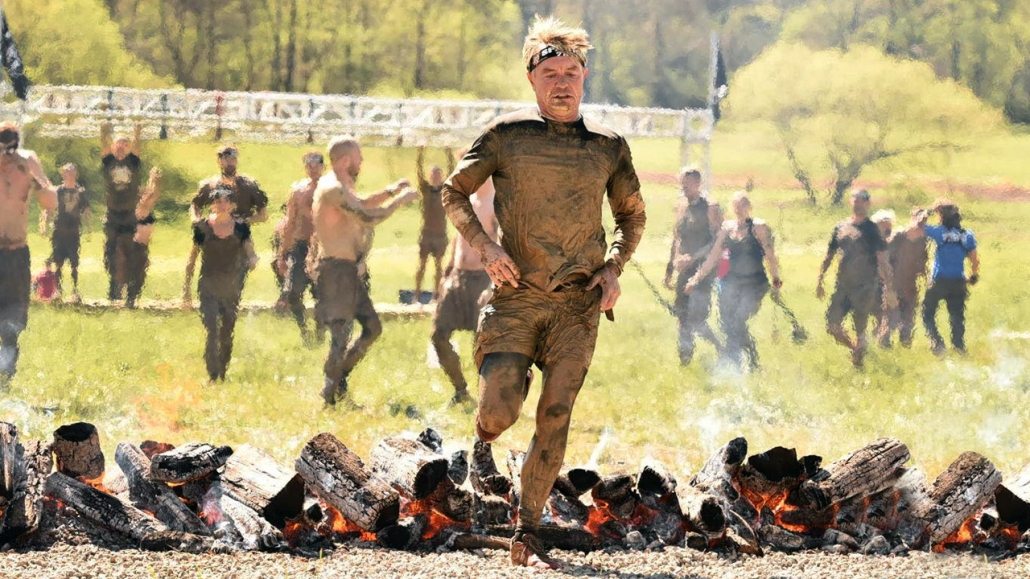 With drinking behind him, Yuhasz finally feels that he’s the role model he’s always wanted to be for Louie’s Kids. He also feels grateful for the part Spartan has played in keeping him sober. Race training is like a high-energy companion to his AA meetings. “I think the whole premise of pushing yourself harder, faster, stronger, longer, is designed for the recovering alcoholic or drug addict,” he says. “It's perfect for the person in recovery to find out who they are.”

In November, Yuhasz completed the Trifecta with a Beast in Spartanburg, South Carolina. Wszolek ran with him.

Yuhasz has pushed himself through many challenges in his life, and now he’s reaping the benefits. “I wasn’t supposed to be this athlete, but I am, and my life is better because I chose to be one—a sober, conscious, and aware athlete,” he says. “It’s never too late.”