As 2019 winds down and we gear up for 2020, we're taking some time to reflect on what a memorable year it was at Spartan. There were so many highlights, many of which were captured brilliantly by our superstar photo team. We combed through the archives for our favorite photos of 2019 and narrowed it down to these 10, which we can't take our eyes off of. They're truly spectacular. We've also added captions for context. Do you have Spartan photos that you want to share with us? Please do on our Instagram, Twitter, and Facebook pages. 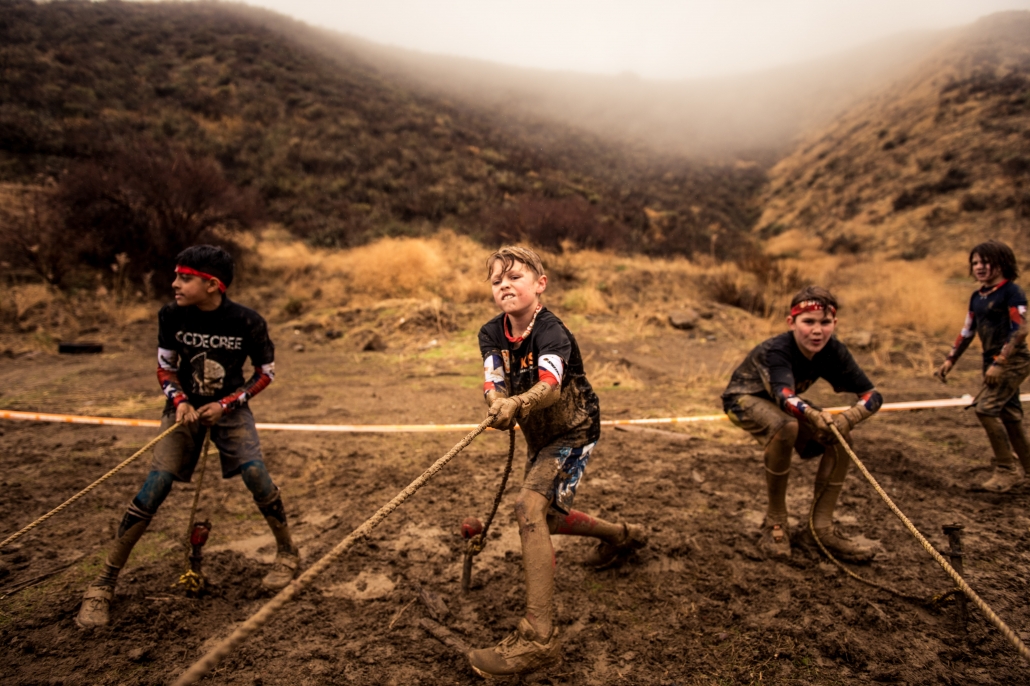 Three Spartan Kids pull sleds at the Kids World Championship event in Castaic Lake, Calif. Throughout the season, kids have the opportunity to qualify for the championship by placing in the top three at any competitive two-mile course throughout the world. 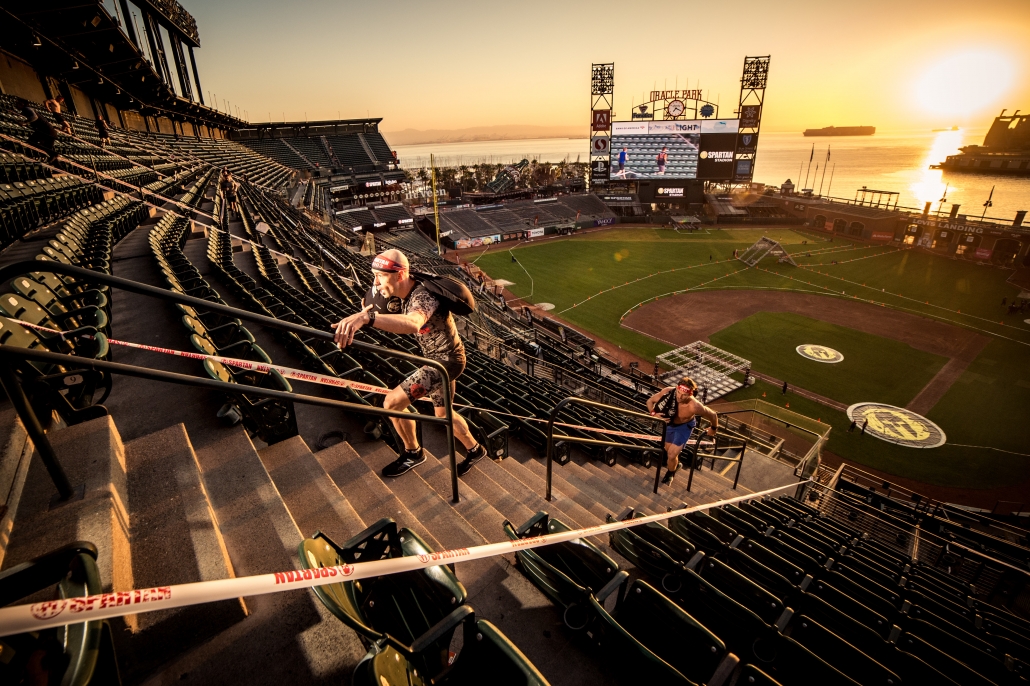 Robert Killian climbs the stairs of Oracle Park during the Spartan Stadion sandbag carry. The Stadion events allow racers to test their skills and speed against fitness-based obstacles without mud, while enjoying iconic sports stadiums across the world. 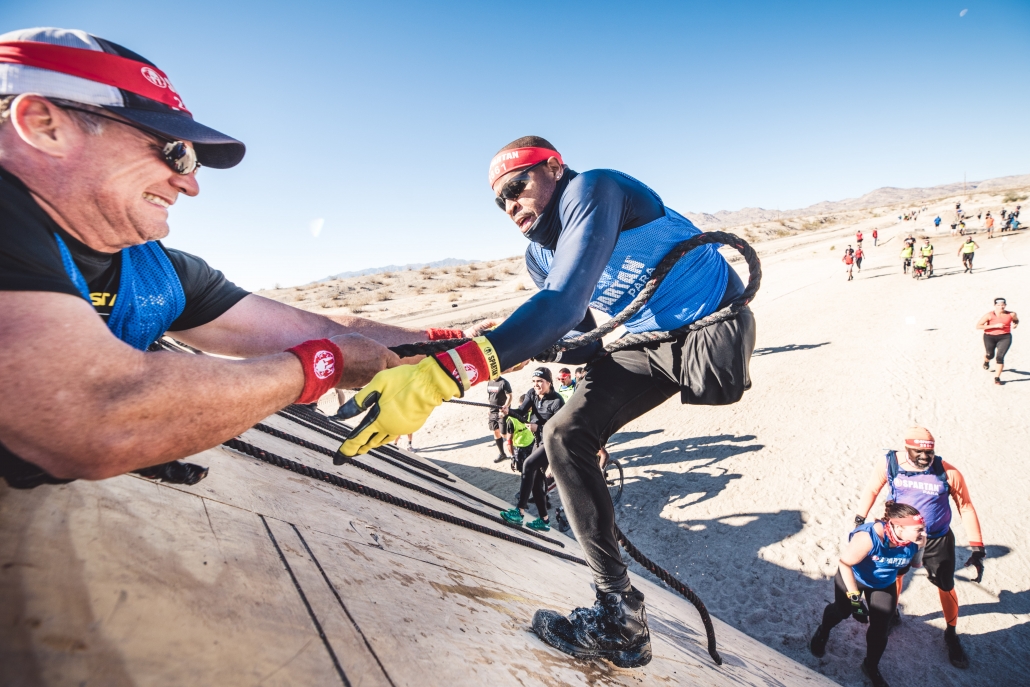 Spartan Para team "Beasts and a Babe" cooperates to conquer the slip wall. The Para event at the Laughlin, Nevada race features adaptive athletes competing on the Spartan course. It's one of the most inspirational events of the season. 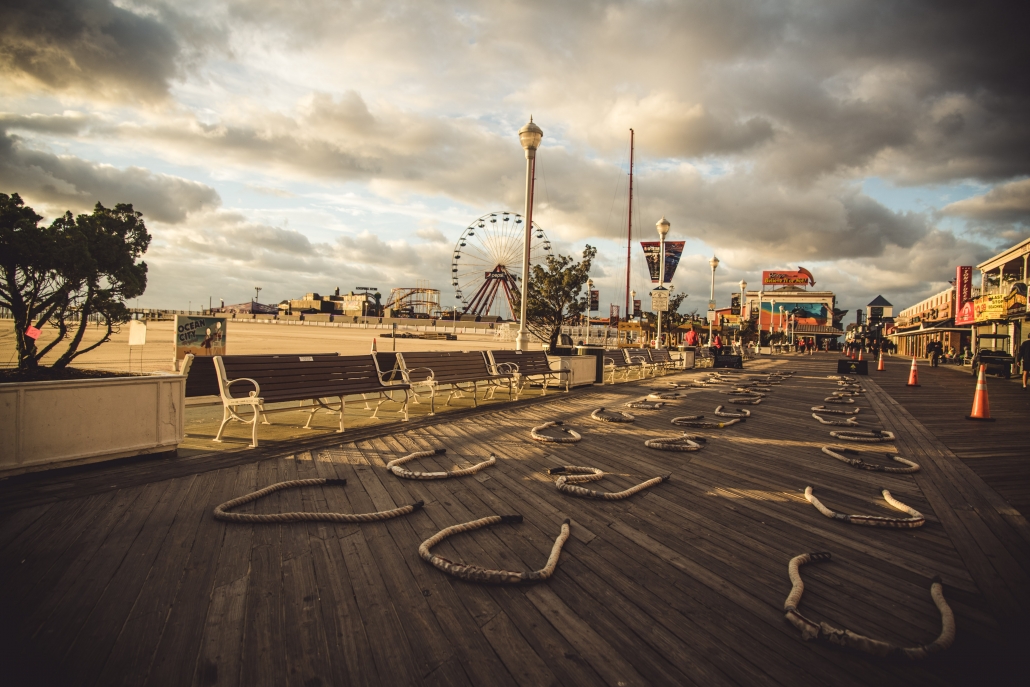 Jump ropes await their jumpers at the beginning of the Spartan City Sprint in Ocean City, Maryland. A new race type for 2019, the City Sprint combines many of the obstacles seen at Stadion events with an outdoor venue for a fast-paced dash through mostly paved terrain. 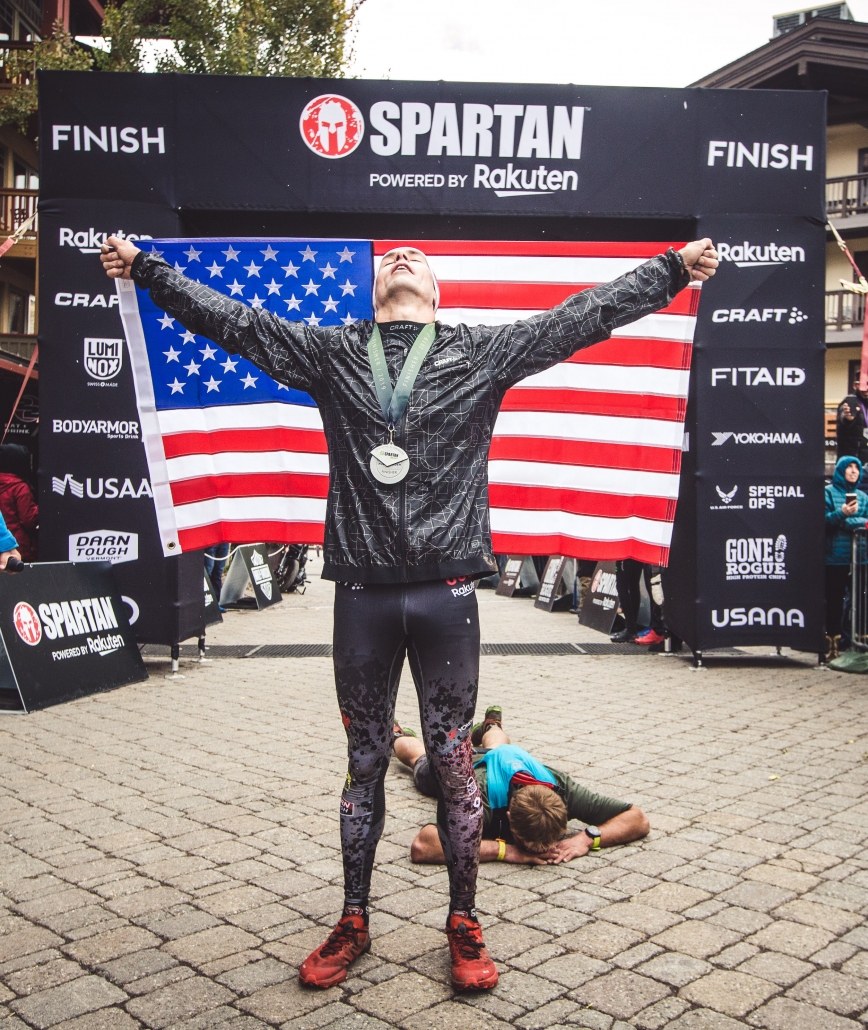 Robert Killian celebrates his win at the Spartan World Championships in North Lake Tahoe, Calif. Ryan Atkins, the runner-up, lies on the ground behind him, completely out of breath. The cold temperatures and snowy landscape made for a challenging day, and multiple elites held the lead at different times throughout the race. Killian took the lead halfway through and refused to relinquish it.

Yeah, You're Gonna Get Wet 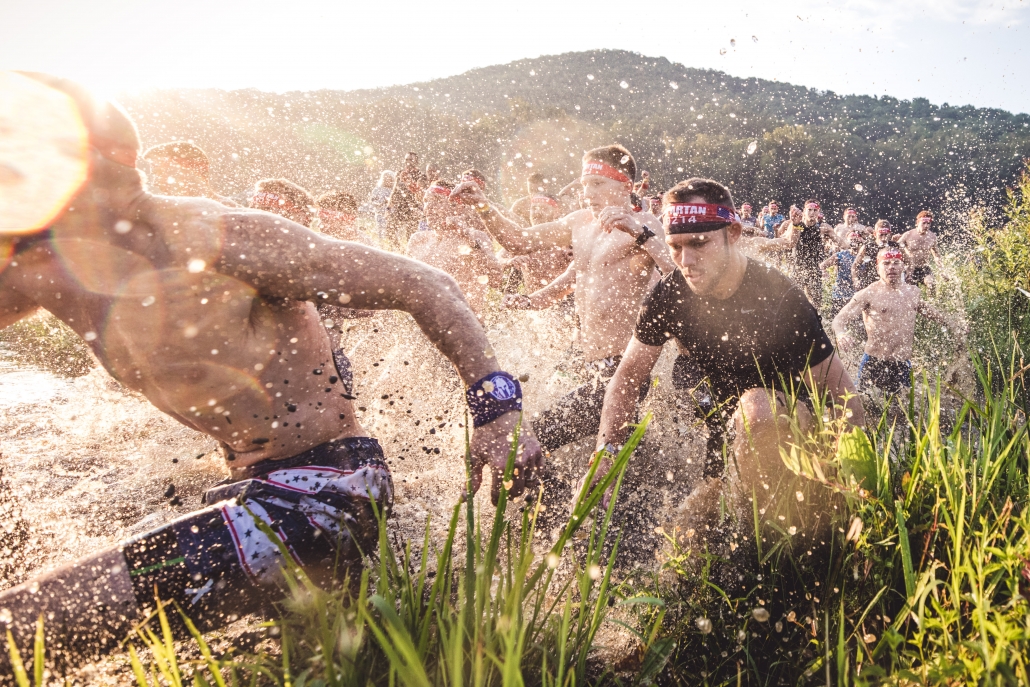 Elite racers battle through the water at the start of the Asheville, North Carolina Spartan Super. The Asheville course offered a multitude of beautiful views and fast-paced water obstacles, making for an exciting spectator experience.

We Could Look at This Photo All Day 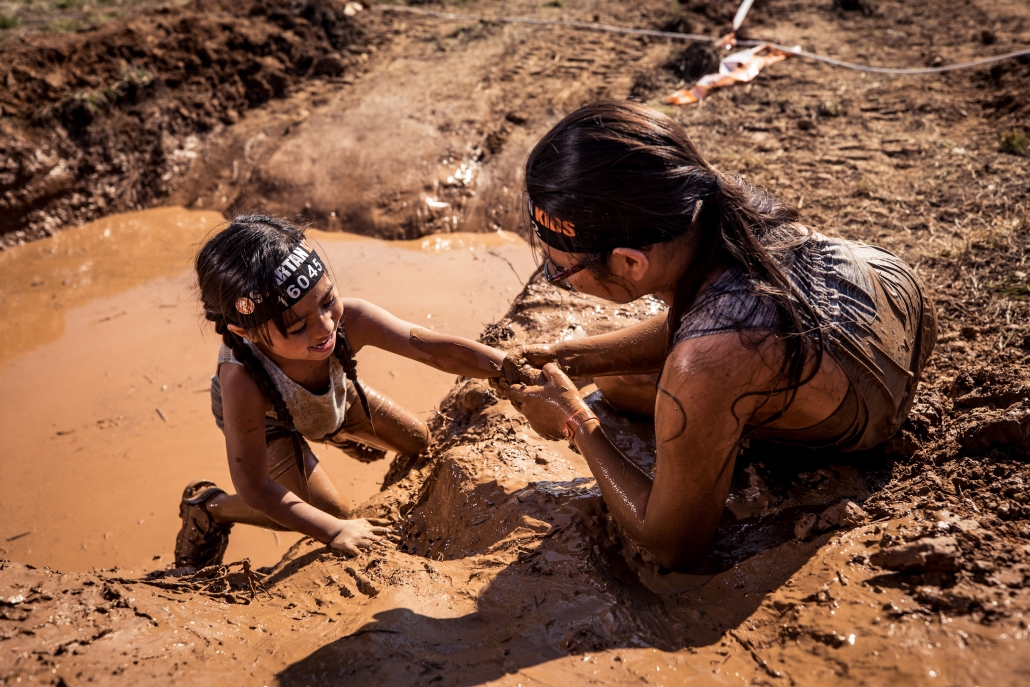 Two Spartan Kids cooperate to get through the mud pits at the Spartan race in Fort Campbell, Tennessee. Kids races take place at the same time as adult races. Kids take on smaller versions of the same obstacles that adults face and earn medals after completing a challenging course. Spartan offers three different race distances for different age groups: 1/2 mile for ages 4-6, 1 mile for ages 7-9, and 2 miles for ages 10-13, including a competitive heat for kids seeking a heightened level of racing. 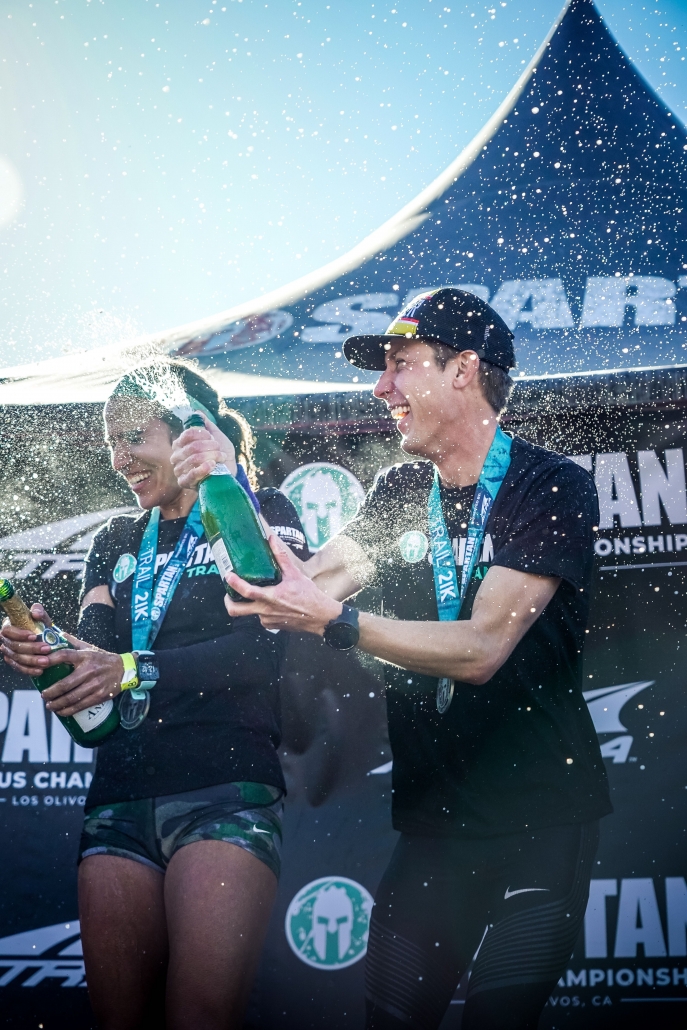 Regina Lopez and Andy Wacker, the winners of the Spartan Trail 21K Championship, pop some bubbly in celebration. Spartan premiered the trail series on a national level in 2019, culminating in the $50K purse championship event in Los Olivos, Calif. 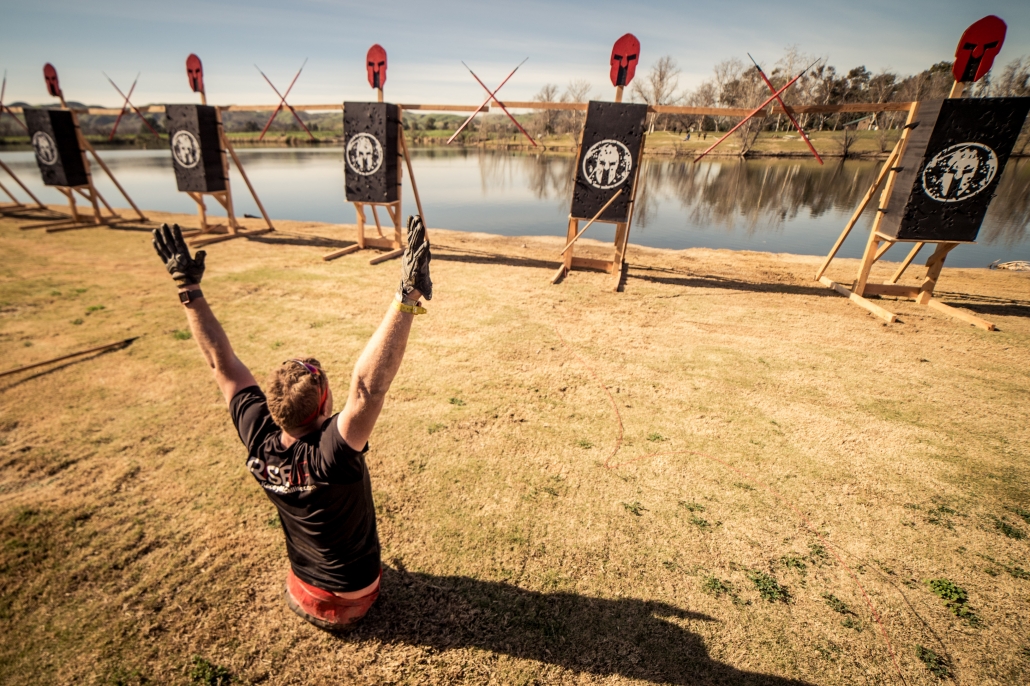 Kacey McCallister celebrates after hitting his spear throw at the SoCal Spartan. McCallister lost both of his legs when, at 6 years old, he was tragically hit by an 18 wheeler. After the accident, the doctors told McCallister's mom not to treat him like a handicapped person, and to let him figure out how to do things himself. He thrived through competing in sports and racing during his childhood, learning how to do things previously thought unimaginable. McCallister has now completed dozens of Spartan races, finishing entire courses on his hands, and has inspired countless people along the way. Learn more about his remarkable story here. 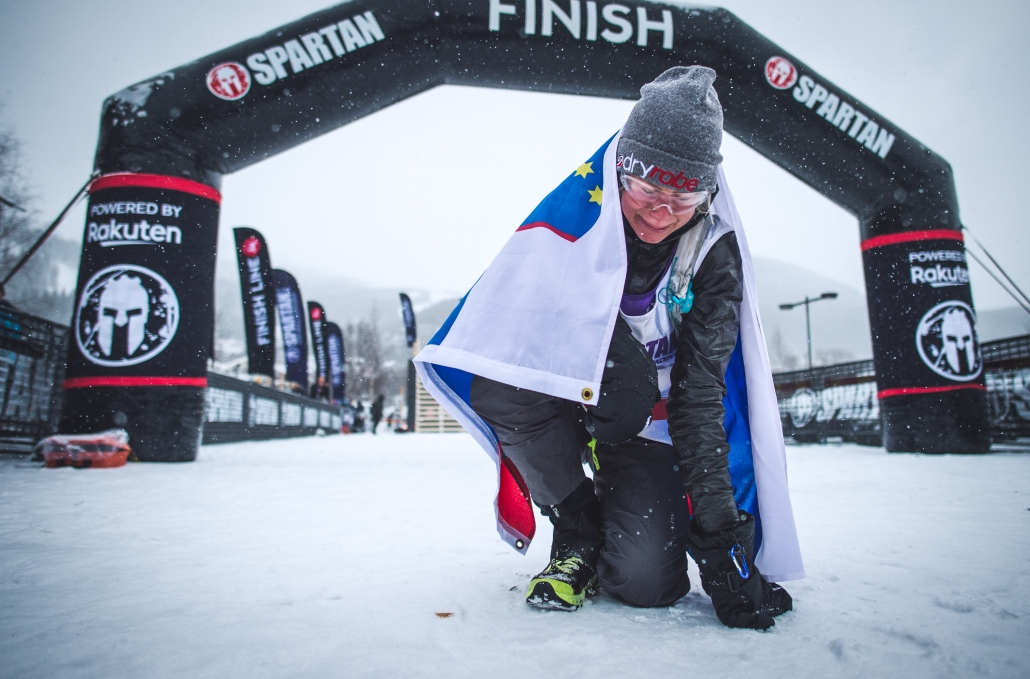 Spartan Pro Rea Kolbl cries at the finish line of the Spartan Ultra World Championship in Sweden, as all of the emotions of the 24-hour event catch up with her. Battling subzero windchills and continuous snowfall for the entire event, Kolbl came into the transition area after her second to last lap with a commanding lead that she was unlikely to lose. She decided to head out for one more lap anyway, completing an unbelievable 70 miles in 24 hours and 10 minutes. When asked why she went out for one more lap instead of kicking back, relaxing, and enjoying the victory, she said, "Last year at a 24-hour race I finished in that way, and I was mad at myself for about a week. One of my goals this year was to give it all I have, and I feel that finishing with four hours to spare isn't that." 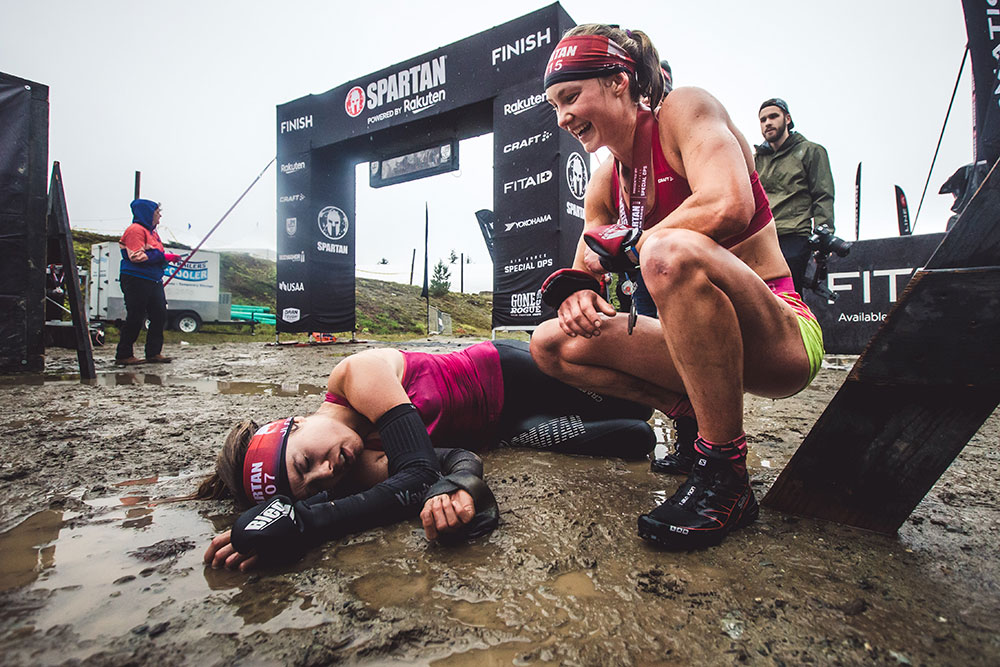 Two Spartans, one of which is so exhausted that she clearly will lie down anywhere, take a minute to catch their breath and revel in the accomplishment after completing the Whistler Trail 10K in British Columbia, Canada. We love the candid look on her face as she peers down at her friend with amusement.