In 2013, Rea Kolbl took on her first Spartan race with a bunch of friends after seeing it as a deal on Groupon. Immediately she was hooked. Fast-forward to 2016, and the Stanford PhD student was crushing the competition as an elite. In her first full year of racing at that level, she accomplished a laundry list of achievements, including winning the last race of the Spartan US Championship Series in West Virginia, cementing the second place in the US Championship Series overall. We caught up with the Colorado native about how she gets her mind right for competition, what she eats to fuel her best performances, and her tips for obstacle course newbies. 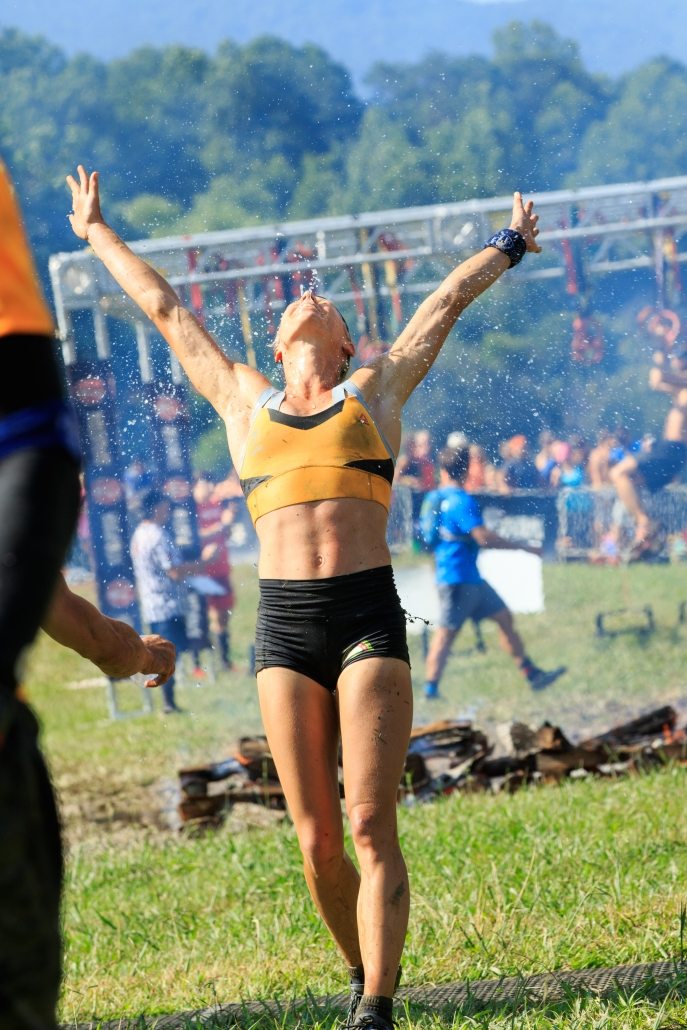 Has fitness always been a big part of your life?

Yes, for the most part. I started gymnastics when I was six years old, and I grew up with the sport. I ended my career at 17 after several years of being a member of the Slovenian National Team. After quitting gymnastics, I had trouble staying active, and I think I tried to make up for all the teenage years of sticking to a strict diet and sports discipline. I gained a lot of weight and got really out of shape. When I moved to the states for college, I picked up running, mainly to return to a healthy lifestyle and lose weight. But I fell in love with the trails, and short runs led to longer ones, which led to trail races and eventually ultrarunning. Those unhealthy years were the hardest of my life—much harder than the discipline needed for gymnastics—and I promised myself to never go down that road ever again.

OK, so you love trail running and ultramarathoning. So it makes sense that you’d dig Spartan racing. When did you sign up for your first one?

In 2013, some friends and I found a Groupon for a Spartan race in Monterey. That was when Monterey was still a Spartan Beast. We decided to sign up for it and do it as a team. I suggested we also run the race as a team, but the three guys said they actually wanted to race and not wait for me at the obstacles. Since I was outnumbered in this opinion we went our separate ways. I ended up finishing 30 minutes before the first of the guys on my team.

I liked the race and I think I won the open heat, but it took me three more years to really pick up the sport. I signed up for my first elite race in 2016—also in Monterey—and knew I was a pretty fast trail runner. I had some obstacle skills from my gymnastics years, but I had no idea where I ranked in the sport of obstacle course racing.

The thing is, I’m one of those runners that take a few miles to warm up. I fell behind most of the female field leading the charge out of the gate. I thought to myself, “It’s OK, these ladies are all very strong and fast and I’m just going to go for a run.” I thought that this was a nice experiment, but maybe I should really just stick to trail running. Then the uphills started, and I slowly started passing the women (and some men too!), one by one. Being new to the sport, I didn’t know any of the OCR stars, which means I didn’t recognize Rose Wetzel, Faye Stenning, or Lindsay Webster as I caught up. Since I also didn’t know exactly how many women were ahead of me, I didn’t realize that I had made it to the final gauntlet of obstacles in third place. Due to the lack of (non-existence of) grip training, I fell off the final rig before I was even properly on it. This allowed Rose Wetzel to pass me, and I finished fourth. That was going to be my one and only Spartan race for 2016, but then they gave me this coin at the ceremonies and told me that I just qualified for the world championships in Lake Tahoe.

When someone else told me that Tahoe had insane elevation gain (my favorite thing), I figured I might as well give it a try. To train for Tahoe, I decided to do another couple of races nearby, and what started out as a single race suddenly turned into a sport I love. 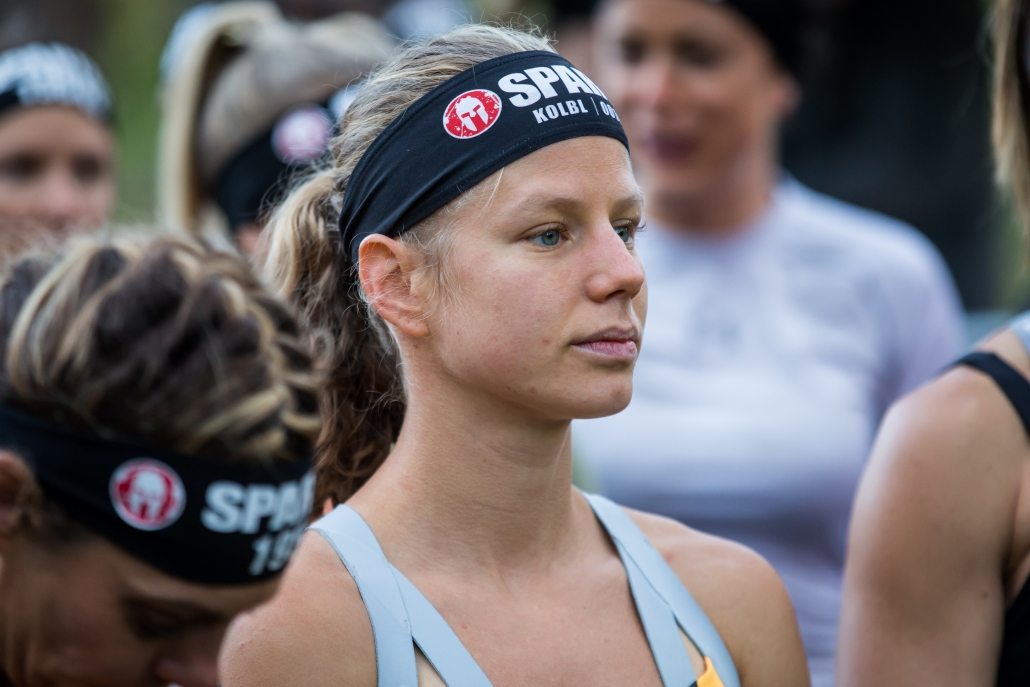 What did it feel like when you got second place in the US Championships?

It was amazing, and I never expected it when the series started in Seattle. I’m more of a mountain runner, not as fast on the flat terrain, and wet obstacles are my nemesis. So I didn’t do nearly as well as I expected in Seattle, missing the chance of placing in the top three at the series. As the races progressed, I started placing better and better—probably because the venues got hillier and longer, playing to my trail running strengths. Over the year, I also gained confidence in my grip and failed fewer obstacles.

By the time West Virginia rolled around, the results were so close that I knew I was in contention for second place—something I would have never imagined in April. I really gave it my all there, with hills and the distance helping my efforts. It was probably one of the best races I’ve ever run, and the best-case scenario. Winning that race was so amazing; placing second in the series was really just a cherry on the top.

That’s so inspiring. Can you recall a time during training that felt like a failure but actually taught you a major lesson?

I had one such moment last year during an OCR race. It was one of those mandatory obstacle completion races, and it was pouring rain, making the obstacles slippery. I tried to cross the monkey bars, but fell off the second or third bar. I kept trying and trying, unable to make it to the other end. I was stuck there for 30 minutes, and most of the rest of the field either gave up or passed me like it was not even hard, while the obstacle seemed impossible to me. I was thinking of quitting, and just going for a run instead—but the crowd was cheering, and I couldn’t let myself just walk away from it. After 20 or so tries, I finally made it.

It took me three hours to finish that race, but it was still one of my favorite races I’ve ever done. It taught me that you are never done with work. You can always be stronger, and there are weaknesses you need to work on no matter how good you are. It was that race that motivated me to work on my grip strength much harder in the off-season than I would otherwise have done, and perhaps it was those soaked monkey bars I now have to thank for finally being strong enough to cross the rigs at Spartan races—even in rain.

Wow. Monkey bars, not exactly the easiest obstacle when wet. What other workouts do you love to do or absolutely despise?

Unsure if I can count running as a “workout,” but trail running is still my favorite. I love being on trails, out in nature and just tuning out the rest of the world—which is why I do best at venues that include a lot of running, preferably up and down mountains. I don’t think I have a workout I don’t like, but there are some that are more intimidating than others. Speed work, like intervals, sprints, strides, scare me the most, but I wouldn’t say I necessarily dislike them. I guess I’m lucky I get to do what I love daily. 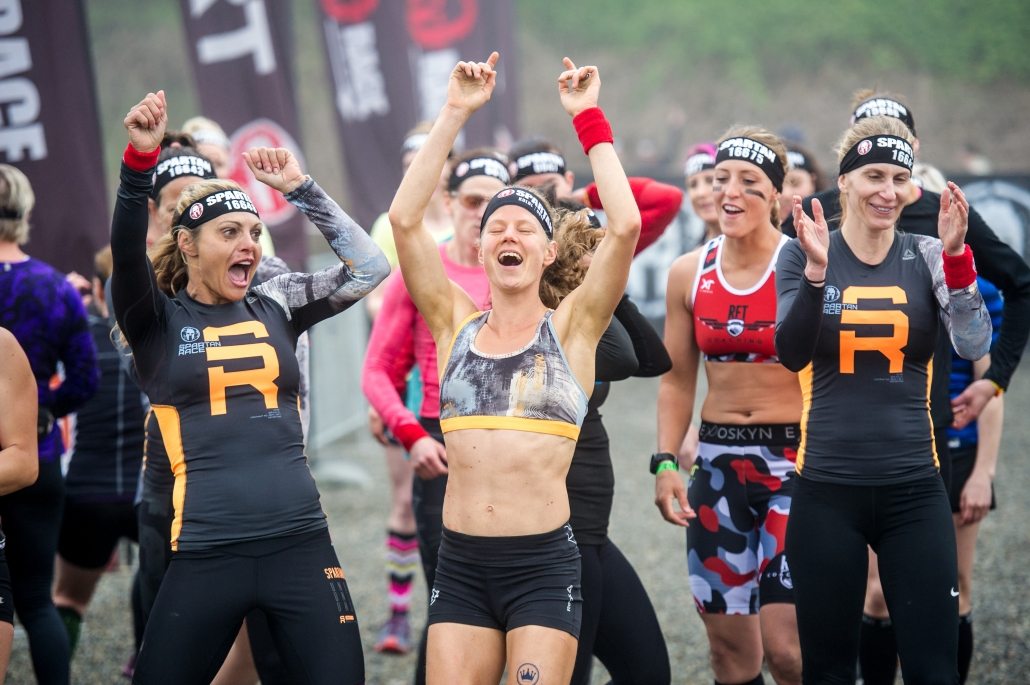 Talk to me a little about what you eat. Do you count your macros? What does a typical day of meals look like?

I don’t count macros. Since I’m running 90 miles a week and then doing another workout every afternoon (while being active throughout the day) I really think I could eat anything and it wouldn’t matter. But that being said, I still eat healthy, because I like how it makes me feel. My husband also enjoys cooking (and is amazing at it!), so all of our dinners are cooked from scratch, using fresh ingredients. They always involve some kind of starch, lots of veggies, and meat.

I found out I was iron deficient last year, so this year we’re trying to incorporate more red meat and other food rich in iron. Starting the day, I only have my EndurElite pre-workout supplement and perhaps a banana before I run. I only have breakfast when the run is over, which tends to be around noon or so. I always have cereal with milk for breakfast, but I tried to avoid overly sugary brands and stick to the ones made with whole grain. During the day I mostly snack on fruit and nuts, and I’m really never hungry until dinner. I don’t avoid any particular food group other than desserts, so after dinner I eat a lot of fruit until I feel full (which can sometimes be a whole watermelon if it was a long day). The only thing I supplement is protein: I have a scoop of Ascent after each run in the morning and before bed to help with muscle recovery while I sleep. 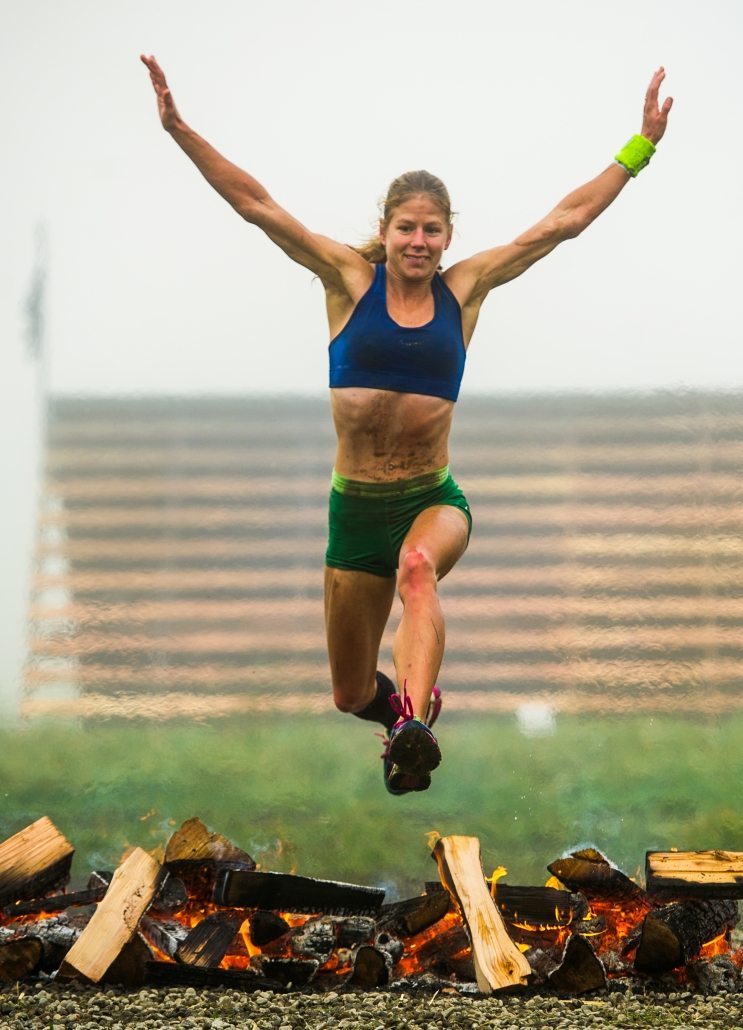 What is one piece of advice you’d offer to someone trying to get in shape?

Just take it one day at a time. When I started running eight years ago, I couldn’t run a mile. Last year, I ran over a 100 miles in 24 hours. Making grand goals and long-term plans can be overwhelming, which could lead you to abandon the mission altogether. So rather focus on one step at a time, like running 30 minutes today, or going for a hike, or just doing one thing more you did the day before. It takes time to get in shape. There are no shortcuts or secret formulas, but at the end, it’s always worth it.

What is one piece of advice you’d offer to a new Spartan racer?

Don’t worry about training specifically for Spartan before the first race. Instead, just sign up for it and do it. If you’re reasonably in shape, can run, do a few burpees (or 30), and hang on a bar, you’re probably ready! The best way to learn what to work on is to run a race and see where your weaknesses are. And it’s likely that your weakness will be what you like training the least, and that’s OK. Focus on what you’re good at and like to do, and get great at that. Then work on your weaknesses on the side, and get just good enough to make it in a race. And always remember to have fun, especially when it gets hard.

OCR Insider, June 2022: What to Know About Every Spartan Race This Month