Having placed No. 1 in both the 2018 Spartan World Championship Powered by Rakuten, which took place in September in North Lake Tahoe, California, USA and this past weekend’s 2018 Trifecta Word Championship, Jon Albon is eligible to win $1 Million USD alive as part of Spartan’s $1 Million Trifecta – the largest prize in OCR history. The final piece of the puzzle will see Albon facing 100 miles of unforgiving terrain during the final event of the challenge, the 24-hour Ultra World Championship outside of Reykjavik, Iceland December 8-9. If Albon wins, he will hold the largest prize in OCR history. Spartan Life contributor Brian Metzler talked to Albon before the race for the following interview:

To train for obstacle course races and mountain running races, he focuses on overall fitness, incorporating a mix of running, skiing, rock climbing, and weight training out of his home base in Bergen, Norway. We caught up with Albon before the Spartan Trifecta World Championship to get his outlook on training, overall fitness, obstacle course racing, and more. Here’s what he told us.

I’ll take on any challenge. Obstacle racing is where I make the most money right now, but I do skyrunning races because it’s really cool being in nature and the big mountains. But I like to take on new challenges, too, and so I’ll compete in just about anything. I recently did a two-day orienteering championship where you have to carry all of your gear and food and you camp overnight. I’ve done one swim-run event, but swimming is really my weakest aspect. I think what makes obstacle course racing so unique is that it’s always different, and it’s always hard. You have to have all types of fitness to be able to do well at it. 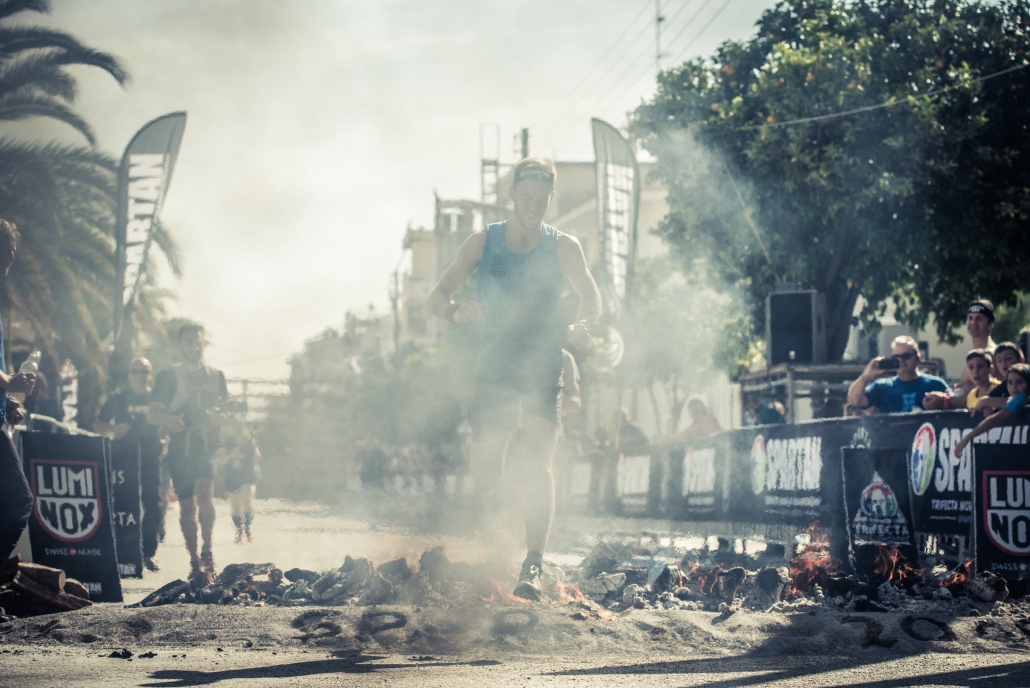 Jon Albon Has Run A 2:26 Marathon on a Hilly Course in Norway

There are a lot of trail runners and marathoners who say, “Obstacle course racing is just about rolling around in the mud” and, “They’re not real athletes.” So it’s been kind of nice for me to go over to their sports and beat them at their sports. It would be nice to see what I could do in a marathon if I really trained for one, but I find running a road marathon incredibly boring. I’d have to get a marathon coach and train specifically for a marathon for 20 weeks, and that’s not really something I want to do. But the thing about marathons is that everyone is always worried about their personal best and they’re not happy if they miss it by 20 seconds, even if it was a windy day or a hilly course. With obstacle course racing, there are no PBs. You just go and you run and the course is always different and you push as hard as you can and you’re be happy afterward because of the effort gave and the fun you had. And you always learn something.

Believe It or Not, Jon Albon Doesn’t Really Train for Races

I don’t really train for the races so much; I just train for what I like doing. I do a lot of running because obstacle course racing is a running-based sport, and having a good amount of running fitness pays off. I do some strength training, as any runner should do, to keep away injuries and balance out my body. I like to run and cycle and climb and ski, and I try to do all of those things to make me an overall athlete. I have never really had races I’m trying for. I just try to make myself as fit and as strong overall as possible and then just go to a race and see what happens.

Jon Albon Doesn’t Practice Carries or Obstacles: Instead, He Believes in Short Bursts of Training Specificity

If you have a high level of fitness, then three weeks before a specific race, you can re-tune yourself for a particular race. For example, if I have a marathon coming up, then three weeks before, I can just run half-marathon speed in different sessions, and three weeks later my body will be accustomed to running at that speed for that distance. And if I was going to run a 5K or 3K, I would train a bit faster and shorter. If I’m going to do an obstacle course race or a skyrunning race on swampy, muddy terrain, then I’ll go and do a bit of training in swamps and mud a few weeks before, and I’ll be ready for that race. The hardest thing to adapt to is altitude. If you don’t live at altitude, you’ve got to go somewhere and spend two or three weeks trying to adapt to it. That’s why I think they should move the Spartan World Championships out of Lake Tahoe because it’s only really fair for people who live at altitude.

I don’t have a coach, I just do my own $#%& most of the time. I’m not sure what a coach would make of me. I know there are obstacle course racing coaches out there, but do they even know what obstacle course racing is? It’s such a young sport, who really knows? There’s no single formula. All we can really do is have a training philosophy and work within that. All you can really do is compare yourself to how other athletes train, like a swimmer, a runner, or a cyclist, and train with all different types of athletes, take all of their tips and knowledge, and try to mesh them into one training plan to make you a better athlete than the rest of them.

When it comes to the most fit athletes, it’s probably a toss-up between obstacle course racing and CrossFit. It really depends what you think cave people were like. Were they able to pick up a house, or were they able to run all day? If you go for the run all day version, that’s an obstacle racer. If you go for the option of picking up a house, that’s a CrossFit athlete.

I’m not the sort of person who is going to say that they’re the fittest person on earth. For some reason I can run and jump over stuff and crawl under things better compared to the other people who try to do those things, but that doesn’t make me one of the fittest people on earth. It will be interesting to see over 20 years’ time to see how good obstacle racers are because maybe they’ll be able to beat me hands down. Maybe the sport’s just not developed enough right now, and I just happen to be one of the better ones now.