This article is sponsored by our partner, MitoQ.

How John Marshall Beat Cancer and Took Charge of His Health

In 2010, John Marshall was firing on all cylinders. He was a successful marketing professional, busy working in Australia. He and his wife were raising a 3-year-old son with another on the way. He’d always been focused on health and nutrition and an avid road cyclist. So when he discovered a small lump on his upper back, Marshall thought nothing of it.

A few months later, the lump was still there. “I thought, ‘I better get it checked out,’ but I was still rather flippant about it,” he says. He got an ultrasound and was ordered an MRI. When Marshall discovered a team of 15 people analyzing the results on a monitor, he finally realized something wasn’t right.

A biopsy confirmed that the lump wasn’t just cancer—it was a rare form of an extremely rare type of the disease. Marshall had an Ewing’s sarcoma, a soft tissue tumor usually only found in children and adolescent boys. It affects fewer than 1,000 people every year, and Marshall getting it as a 42-year-old man was simply bad luck, doctors said. Doctors told him that if it had spread from the supraspinatus muscle, in his shoulder, he’d have less than a 10 percent chance of survival.

John Marshall's Treatment: 12 Months of Getting Pumped With Poison

In a turn of good luck, Marshall found out the cancer hadn’t spread, and his survival chances were 60 percent. “I was fit and healthy, I figured I was above average for my resilience, and I was pretty determined to beat it,” remembers Marshall. But it wouldn’t be easy. He was expecting to be prescribed three months of chemotherapy. Turns out, he needed a full year of treatment.

“I spent about 400 hours during that 12 months getting pumped with poison,” Marshall says. After each course of treatment—some one-day doses, some stretched over a week—he walked around in a fog, often with splitting headaches. Marshall tried to exercise but could barely handle a walk down the driveway and back. “Toward the end of it, I was crawling to the finish line,” he remembers.

Even after that initial 12 months, Marshall’s fight wasn’t over. For the next five years, he went in for regular testing before his oncologist finally declared him cured. “That seems like it’d be a euphoric moment, when the doctor clears you, but it’s actually quite a scary moment. You’re on your own, and you’ve been introduced to your own mortality. You realize you’re not bulletproof and things can go wrong.”

John Marshall's Road Back: Getting Serious About Staying Healthy

Marshall learned that the biggest challenge of being a survivor is the mental game: constantly thinking that the cancer could return. “As time progresses, you become less fearful of it coming back. But there’s an opportunity to be far more proactive about what you do to stack the odds in your favor.” He started focusing on every aspect of his health. He read about eating right for your blood type and took up a mostly vegetarian diet. He amped up his workouts after finishing treatment and continued to pop a multivitamin daily. 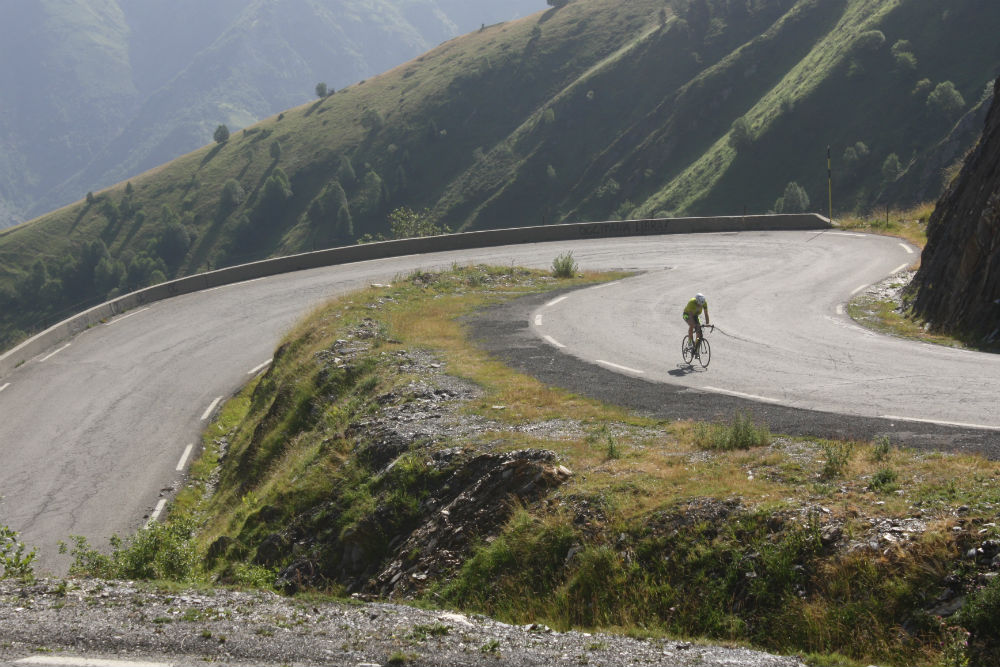 Around this time, Marshall learned that a problem on a cellular level could possibly have caused his disease. In fact, dysfunction in the mitochondria—the powerhouse that produces energy in all the cells of the body—plays a role in many serious diseases.

A couple of years ago, Marshall started taking MitoQ, a CoQ10 supplement with a formula that’s smaller and therefore more penetrative than most. Because of its size, MitoQ is able to penetrate the energy-producing mitochondria hundreds of times more effectively than regular CoQ10 antioxidants. There wasn’t an immediate burst of energy, but after a couple months of popping the pill daily, he noticed a difference: Marshall had more energy, good mental focus, and felt more resilient. Now when he goes for a long, strenuous ride on his bike, he can train more intensely and bounces back from it faster.

“Taking MitoQ is about helping stack the odds in my favor,” he says. “I now understand the concept of mitochondrial dysfunction. Investing in the ongoing health of my mitochondria feels like a smart way to help support my long-term health. I understand there are no guarantees, but affirmative action is a smart health strategy.”

He started taking the supplement—and met the president of the company when a friend introduced them—a few years ago. When a job at MitoQ presented itself, it seemed like destiny, says Marshall, who’s now the brand’s chief marketing officer. “Experiencing cancer led me to look for ways to help myself and others support their health and wellbeing,” he says. “The disease was physically and mentally the toughest challenge I’ve ever faced, but in a lot of ways, it was a gift.”

To learn more about MitoQ, the supplement John Marshall took during his recovery, click here.