As 2017 draws to a close, now is a good time to reflect on a big year for Spartan—one marked by firsts, lasts, hundredths, and close seconds. Needless to say, we’re all a little out of breath. So let’s press pause, turn around, and countdown the major milestone moments that defined our sport this year. 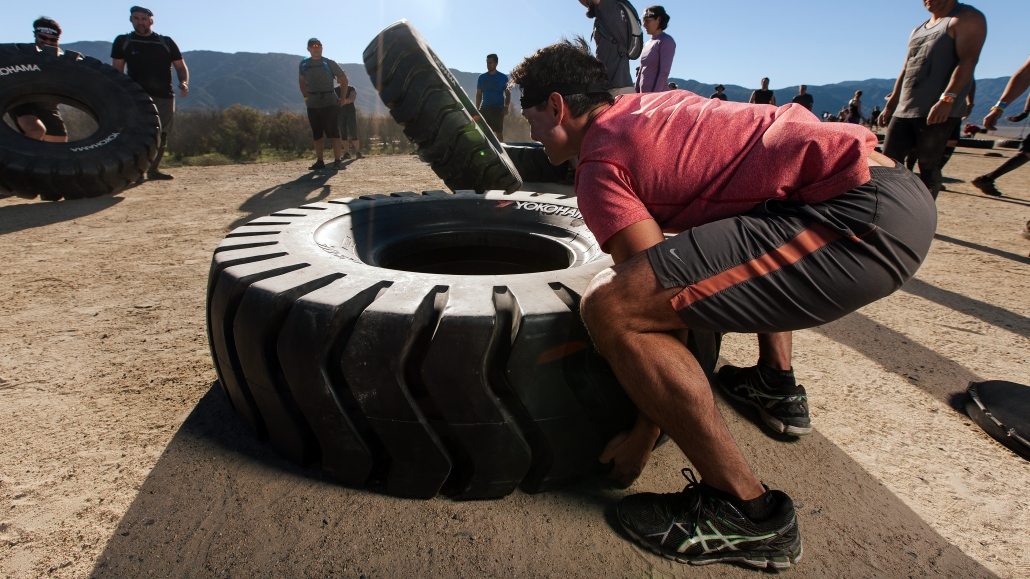 The new obstacle required Spartans to flip a single tire forward and back. Males flipped 400-pound tires, and females flipped 200-pound tires. Racers remarked that the bottoms of the tires were flatter than those of previous makes, which made them especially difficult to grasp before lifting them up. Spartan translation: The obstacles were a huge success.

12. A dignitary from the United Arab Emirates is forced to repeat the bucket carry three times in Tahoe 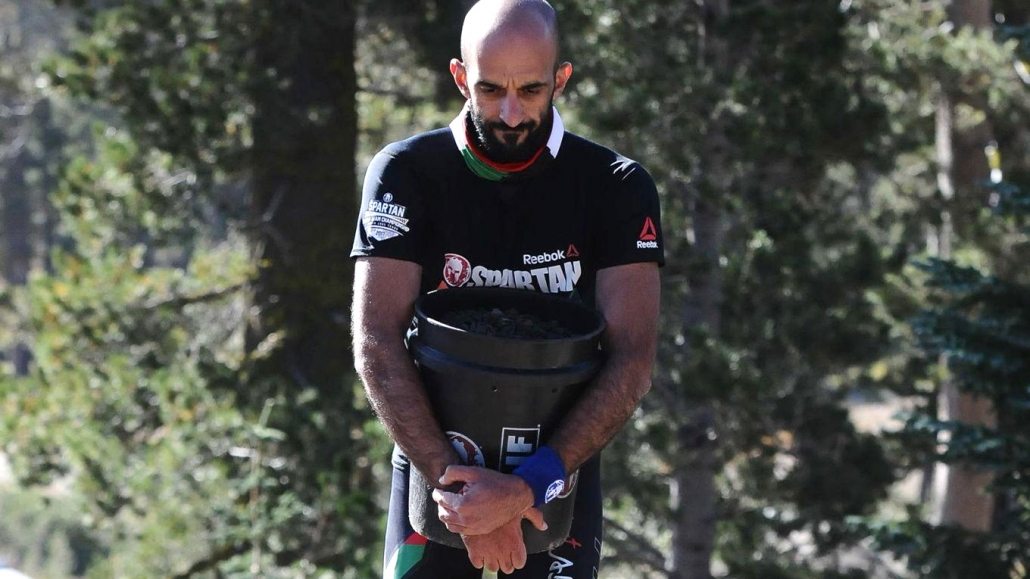 Spartan does not play favorites—even dignitaries have to play by the rules. That became clear when Joe Di Stefano, Spartan head of sport, chased Abdulah Alblooshi down the course after the bucket carry. “His holes weren’t covered,” said Di Stefano. “If you can see through the holes, you know there’s air in the bucket, not gravel. We had to get him. Twice. Yeah, it’s a little merciless. But everyone has to put in the work.” Fortunately, the confrontation created no bad blood between the two athletes; shortly after the event, Alblooshi and Di Stefano were taking happy selfies together. 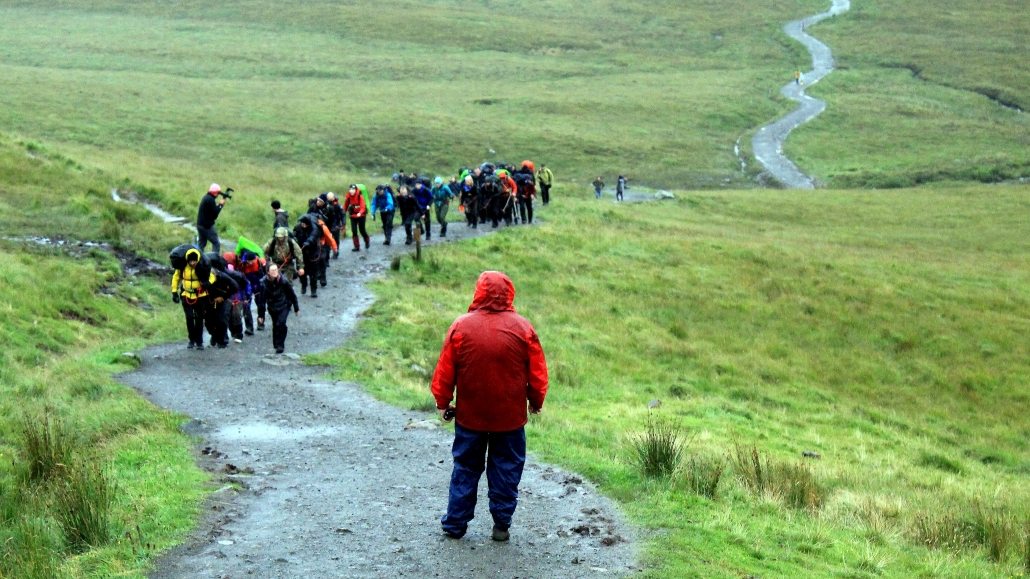 Technically this goes back to December 2016, when a small band of Spartans traveled to Japan to chase adventure and spiritual enlightenment over mountain trails and inside bullet trains and karaoke parlors. The moment signaled new, worldly ambitions for the Spartan Agoge, the event where obstacle elites volunteer for some of the most grueling rites of passage Spartan has to offer. A typical Agoge lasts for 60 hours and delivers a powerful mix of physical and psychological challenges that serve as a fast-track to personal growth, outdoor education, and team-based skills. An Agoge in August was held in near-constant pouring rain in the Isle of Skye, and upcoming events include Iceland (December 14, 2017), Spartan’s home state of Vermont (February 2 and June 8, 2018), and Mongolia (second half of 2018).

10. Ryan Kent blows the West Virginia Beast out of the water 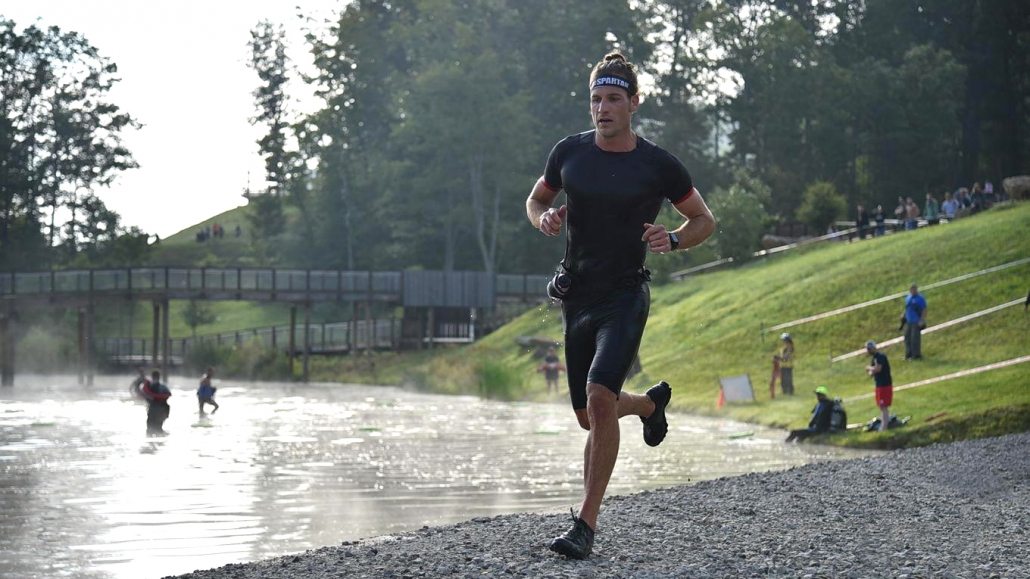 Ryan Kent’s record this year made it clear that he's made for sprinting. While he continued to podium at Sprint and Stadium Sprint races, he never claimed better than fourth place in a Spartan Super. His last two ended with an underwhelming 16th and 13th place. All in all, the feeling was that Kent wasn’t a distance guy. That made his second-place finish in West Virginia, coming in just between titans Robert Killian and Ryan Woods, a surprise for everyone. 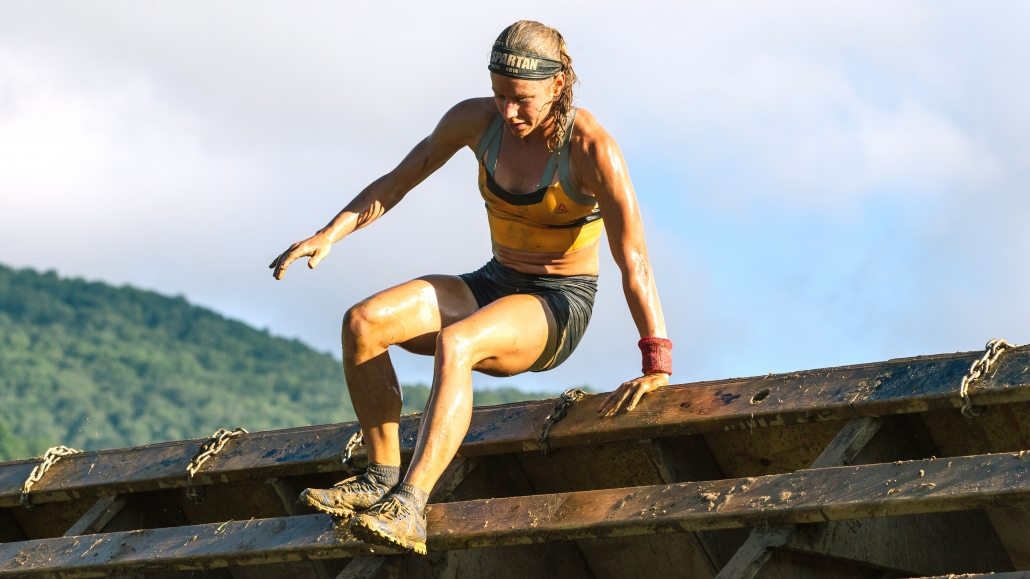 Spartan Race won the bid to host the U.S. OCR Championship in Amelia Earhart Park in Hialeah, FL. The race was USAOCR-sanctioned, which means that it met a host of standards and requirements set forth by the sport's governing body. USAOCR sanctioning helps to ensure that participants stay safe, that insurance stays affordable, and that competitive rules are standardized and enforced. While this immediately benefits current racers, standardization also propels Spartan faster toward its ultimate goal of Olympic inclusion.

Along the same lines, the World Championship Beast in Tahoe was the first obstacle race to subject its top athletes to U.S. Anti-Doping Agency (USADA) drug tests. Olympic officials took urine samples from the top three male and female finishers for evaluation according to USADA standards.

8. Amelia Boone returns to the podium after 12 months on the sidelines 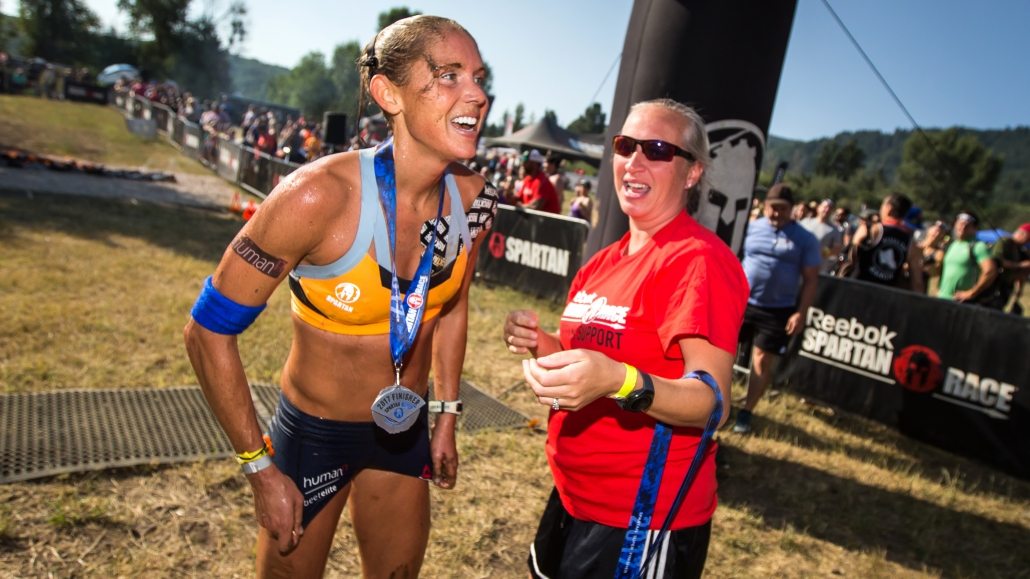 In late April of 2016, Amelia Boone felt like she was in her prime. She had just finished her first 50K, without feeling pain, a few weeks earlier. But then, one morning, her leg buckled as she rose from bed. An MRI revealed she had a stress fracture in her femur, the strongest bone in the body. Crutch-bound for four weeks and forbidden to run for 12, Amelia was crushed.

After a few days of wallowing with a pint of Ben and Jerry’s, Amelia picked herself up. She waited through the long healing process, and over the next year, she gained back her strength. By April of 2017, she was on the course again, ripping her competition to shreds. She took second in Austin, fourth in Palmerton, and first in Utah. 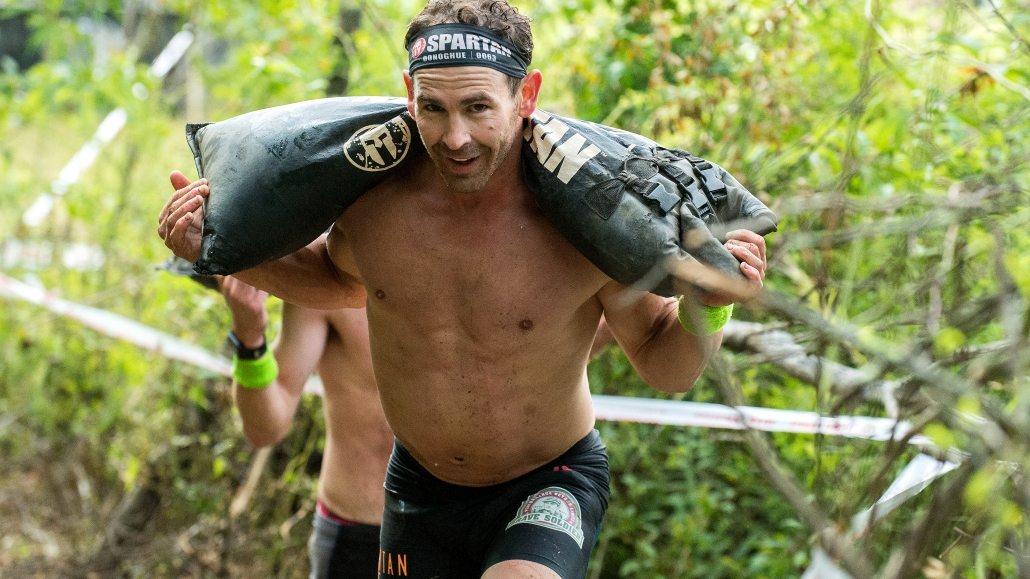 On a cold, overcast Sunday in November, Kevin Donoghue earned a spot on the podium for the 100th time in his Spartan career. Starting the year with 62 overall and masters podiums to his name, Donoghue knew his goal was ambitious. However, he recharged throughout the year by practicing gratitude and kindness.

“Volunteering…truly enriched my life,” Donoghue said in an email. “Putting my own goals aside every now and then to reach out to others recharged my battery.”

Donoghue attributes his success largely to the support of his friends and family. 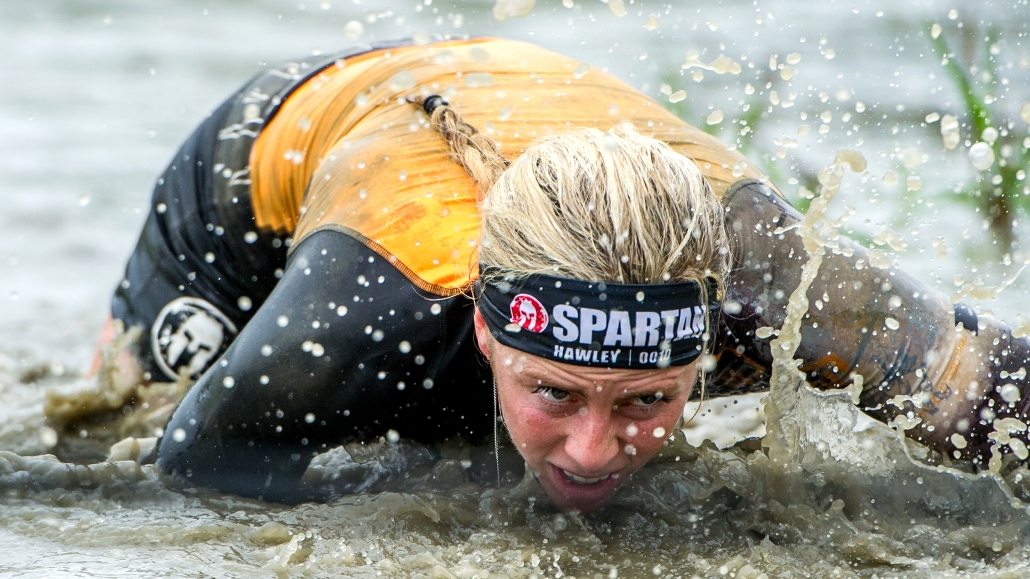 Spartan Pro Alyssa Hawley took first place at the Emerald City Open, the first race of the US Championship Series. Despite trailing behind defending champion Lindsay Webster for most for the race, Hawley stormed ahead after Webster failed the Twister and Rig. Hawley’s win ended Webster’s victory streak in US Championship Series races and crushed the predictions of race commentators. In a finish-line interview, Hawley revealed that the race venue, located in Snohomish, WA, is where she first discovered her love for Spartan Race. 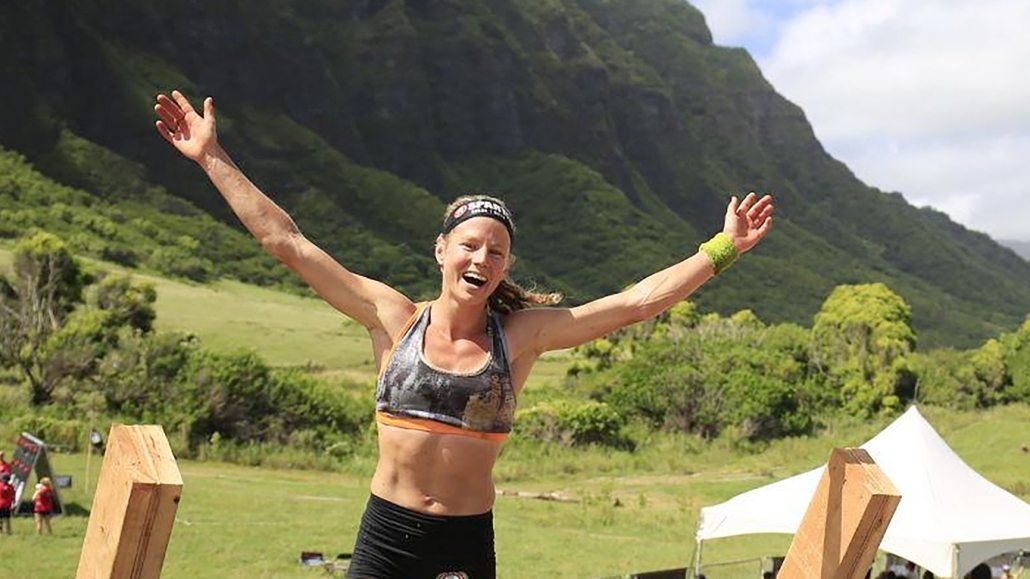 4. Cody Moat reclaims the title of World Champion after five years in the backseat 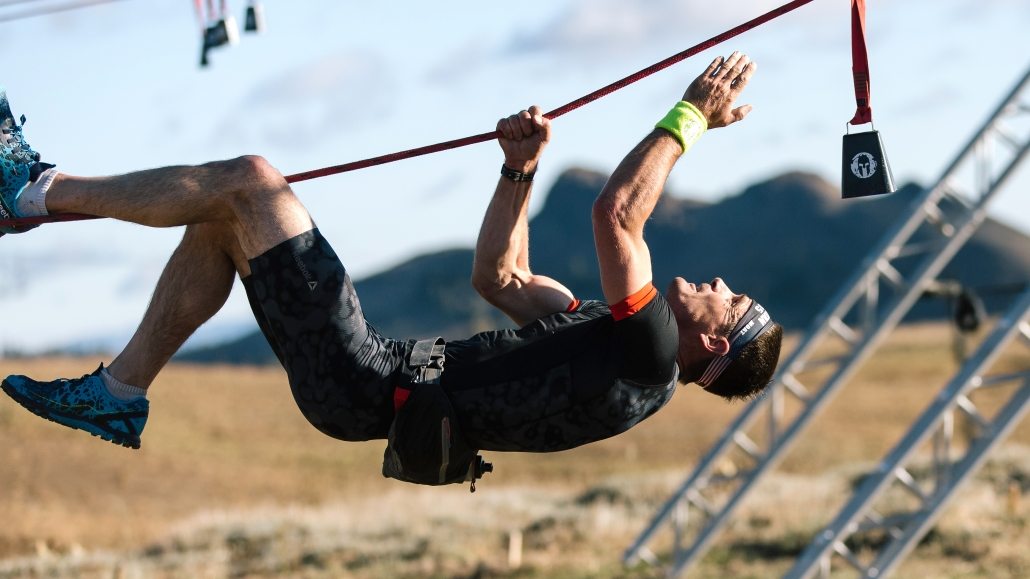 Secondary-school teacher Cody Moat was Spartan’s original World Champion. In 2012, he took first place at Spartan’s inaugural championship event in Killington, Vermont, but for the next four years he lost to younger athletes like Ryan Atkins, Robert Killian and Jonathan Albon. This year, however, Moat took on a much sparser race schedule (only three Supers), which afforded him ample time to become the world’s best mountain runner without breaking another ankle. Come September, he took first place at Tahoe nearly four minutes ahead of his competition. He attributed his success to “a good night’s sleep.” 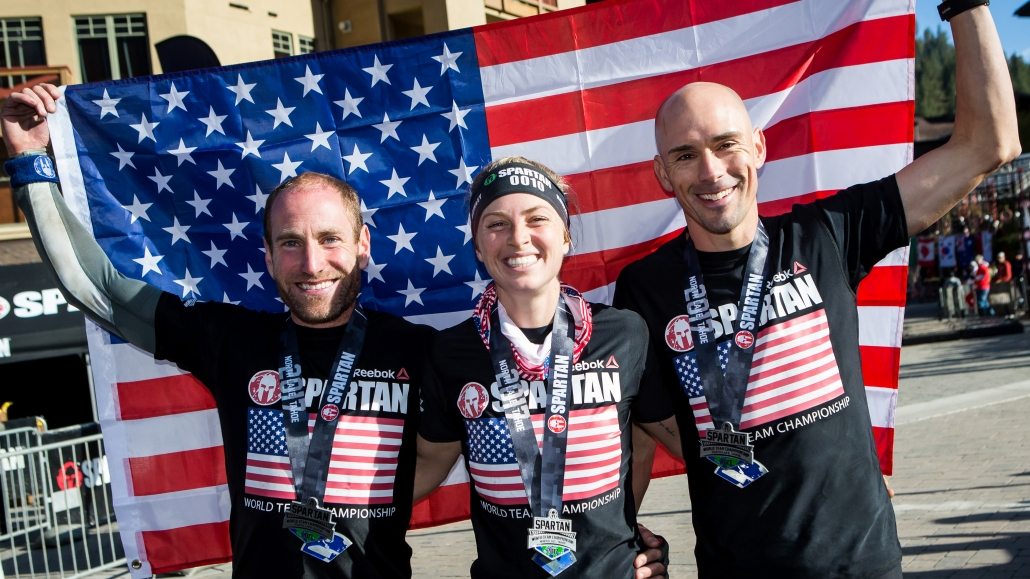 The event was different from a typical Spartan Race in several ways. For example, if a team member missed an obstacle, the team could split burpees among themselves to conserve energy. Teammates could also help one another to complete obstacles without incurring a penalty. 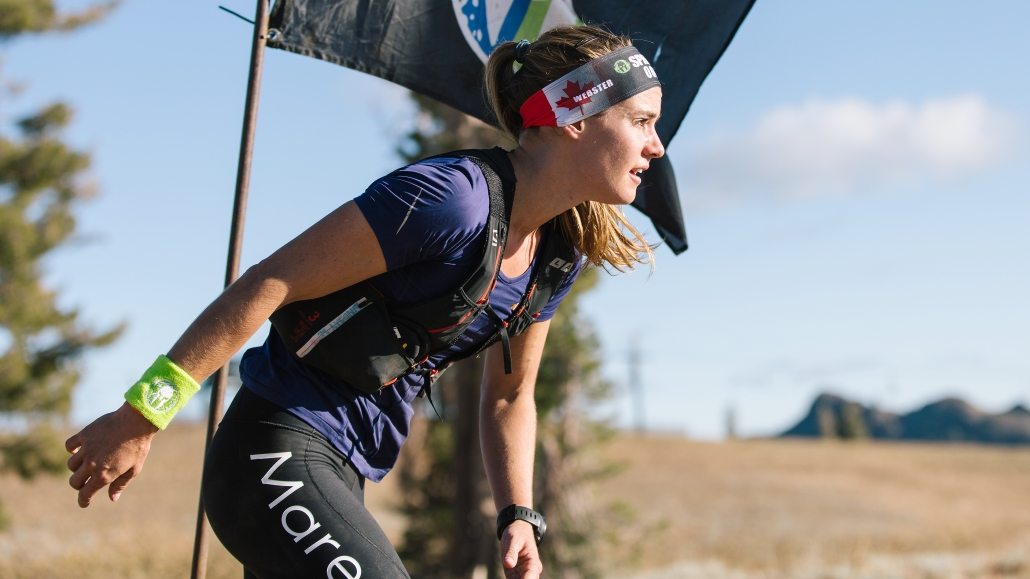 For the past two years, Lindsay Webster had clobbered her competition in nearly every race except one: the World Championship. In 2015, she lost to ex-Olympic skier Zuzana Kocumova by five minutes. Then in 2016, she lost to Kocumova again, this time by 11 minutes. This year, Webster overcame her biggest challenge. After a second-place finish in the US Championship Series, she took the gold at the World event in Tahoe.

Before crossing the finish line at Tahoe, Call paused, caught his breath, and then searched for his wife in the crowd of spectators. He motioned to her, and she hopped over the fence to meet him. They hugged for a full ten seconds before ambling to the finish line, hand in hand, crossing it together. Hobie could have done this many times before—his lead was often big enough that he could kill time. But presumably, he chose this race for a reason: It signifies a break from his competitive past, and a move toward a happy retirement.

In 2018, Spartans have new opportunities to compete around the world. Fifteen new national championship series, each made up of five races, will be held across 30 countries. Top racers will go on to one of five regional championships in North America, South America, Asia-Pacific, Europe, and the Middle East, and those who advance again will meet at the World Championship.

In the United States, racers will follow the new U.S. National Series through San Jose, Seattle, Southern California, Chicago, and Utah, some of Spartan’s toughest courses. Alongside this series, the Honor Series will return for a second year with five races at military bases throughout the country.

Beyond the standard racing scene, Spartans can elect to suffer through dozens of endurance events throughout the country and around the world—from an Agoge in the Mongolian wilderness to any of 18 Hurricane Heats throughout the United States.

David De Luca is the Editorial Manager at Spartan Race.