Mud. Spartans wear mud as a badge of honor, and on Saturday, April 13, and Sunday, April 14, thousands of them celebrated in it as they descended on Snohomish, Washington, to run the Seattle Spartan Super, Sprint, and Trail races on the weekend. With ominous dark rain clouds present for the duration, athletes got wet with perspiration and precipitation in all facets of the competition.

The weekend events in Seattle, which were hosted by Snohomish County, marked the third race of the 2019 Spartan US National Series, the premier obstacle course race circuit, which unfolds at five locations across the country offering more than $110,000 in cash prize winnings.

Earning Their Badge of Honor

The Meadow Wood Equestrian Center course tested athletes’ grit as they raced across 8.5 miles of wooded terrain and battled 25 obstacles on the Super course on Saturday, April 13. In the end, Canadian natives Ryan Atkins and Lindsay Webster took home the event victory with times of 1:04:59 and 1:15:03, respectively. Atkins, who won the Spartan Ultra World Championship outside of Reykjavik, Iceland, (logging a record-breaking 82.3 miles in that particular event) this past December, bested runner-up Californian Veejay Jones by 23 seconds (finishing time 1:05:22), and third-place finisher Ryan Kent, hailing from South Carolina, by nearly three minutes (Kent ran 1:07:51). 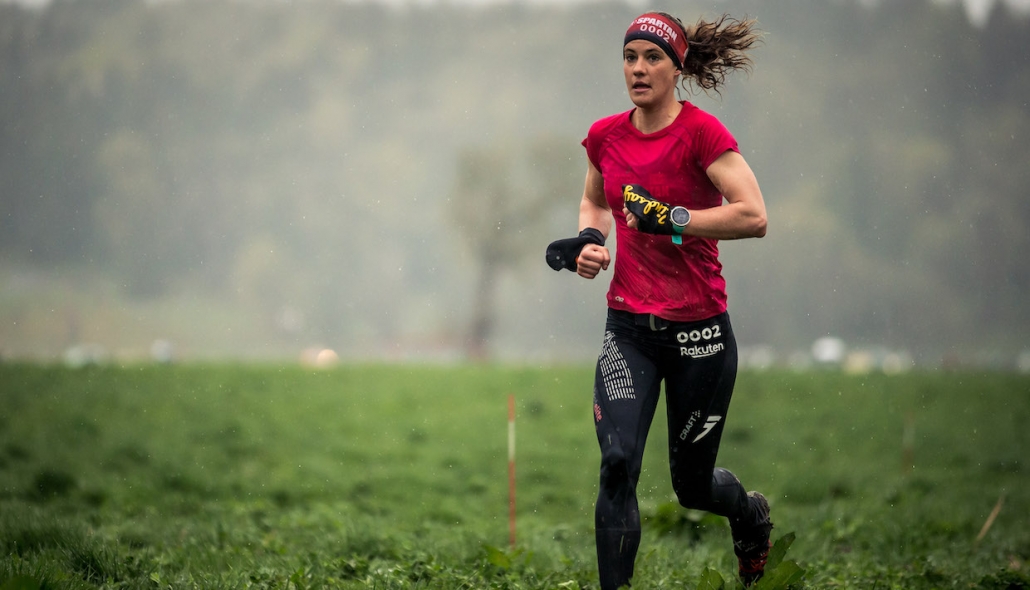 Webster, who defeated Colorado natives Nicole Mericle (1:18:30) and Rea Kolbl (1:22:51), had this to say about her badge of honor experience: “I’ve been working my butt off in training these past few months to try and close the gap between myself and first place. I’m happy it finally all came together for me at Spartan Race Seattle. There were some scary moments on super slippery obstacles, an absolutely freezing river section (and the race was pretty cold in general while we ran through the rain soaking wet in 5°C), some slick, treacherous footing, and a moment right before the finish where I slipped off an obstacle and thought it might cost me the race. I ran the whole race scared that Mericle would catch up to me, which honestly was a terrible, unenjoyable way to race. Still lots of work to do before the fourth race of the Spartan US National Series in five weeks, IN THE MOUNTAINS!”

James “The Shark” Nair, who’s finished on the Spartan race podium four times (no stranger to earning a coveted badge of honor), shared on his social media: “God damn that was a lot of mud! Gotta love the Spartan Race Seattle course! The Seattle Sprint went a lot better than yesterday’s Super (though I am still finding my racing rhythm and learning where I can improve). Pulled out 7th place today in a course where there was no room for error, as it was only 3.2 miles long. My obstacles were strong, but my running and transitions were slower than I’d like. Regardless, had a blast just getting to race and getting muddy as hell!”

Badge of Honor and the Z-Wall

Nair explained the course with accompanying videos, “On the Z-Wall, I had to take it slow again because it was slick with mud. Then my spear throw (which I nailed). The third was the tire flip, which is one of my favorite obstacles. The fourth is of the rig, which I took very slow because all the rings were slick with mud. The fifth was of the final scramble up and over the A-frame! That was probably the fastest I have ever done that obstacle and also the most risky method I have ever used! So excited to be back into racing and I cannot wait to improve for my next race, which is Big Bear.”

The new Spartan Trail Series combines traditional trail running with the Spartan ethos, unfolding in some of nature’s most breathtaking landscapes, with 12 events in the US planned for the 2019 season. Merging the two growing sports of obstacle course racing and trail running, racers will step up to the start line, shout the famous Spartan chant and hit the signature fire jump obstacle before crossing the finish line––with nothing in between but miles of trail and natural obstacles.

The Spartan US National Series heads next to the mountains of Southern California’s Big Bear Lake on May 18. The National Series champions will be crowned at the finale in Huntsville, Utah, on July 20, based on cumulative series ranking points. The US National Series leads to the Spartan North American Championship, which takes place August 24, 2019, in Glen Jean, West Virginia—and will draw the best racers in the US, Canada, and Mexico. To qualify for the regional championship, elite male and female racers must place in the top 10 during a US National Series event, as elite spots are scarce with just 600 total available (300 men and 300 women).

As the athletes completed the gamut of events over the weekend in Snohomish, there was definite momentum for the sport, as Spartans from every walk of life came together to complete the Super, Sprint, and Trail (and kids’ races) along with a healthy dose of mud!