Have you ever been curious as to why you are able to perform at a different physical level when training with others? Or wonder why working out on your own just isn’t the same? This very phenomenon has been studied for decades and is known as The Köhler effect.

In short, The Köhler effect shows that a person works harder as a member of a group than when working alone. The effect has limitations however and performance improvements are only seen in pairings where our training partner is just slightly better than we are. The increased motivation stems from us not wanting to be viewed as less capable and/or holding the group back. 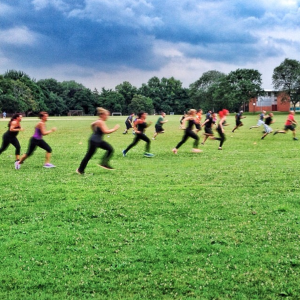 Most importantly, the effect is profoundly stronger when in each other’s physical presence and we are able to monitor each other’s performance consistently. Positioning yourself within a community of athletes with varying performance levels is a great way to accelerate your Spartan Race training.

As a Spartan SGX coach at Bloomfield SGX I have programmed my training with the Köhler effect in mind for well over 200 classes. My approach isn’t rocket science, nor is it a controlled scientific experiment. It is about creating a positive group environment where everyone in the group encourages each other and at the same time works collectively towards a common goal, improving performance at obstacle races as well as daily life. My Spartan SGX programming always includes group-performance exercises. These situations allow athletes to recognize their individual importance and thus greatly increase their effort. 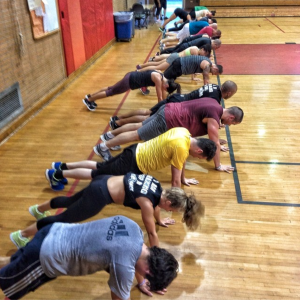 Spartan SGX allows athletes to push themselves to limits they never thought possible, both on and off the course and it can be directly attributed to the social aspect of training in a group setting. People challenge each other whether they realize it or not and their performance improvements will increase over time as they continue to train like this.

If you have ever run a Spartan Race you have witnessed first hand the motivational effect that another racer can have on your performance. Whether you are an elite racer or running your first race, the effect of racing in an encouraging and supportive environment with obstacles of varying difficulty will push you beyond what you thought possible. This aspect of Spartan Race is what makes the sport addicting and different from traditional racing events. 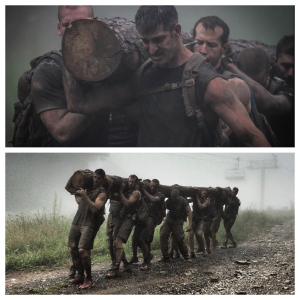 Another great example of teamwork is the Spartan Race Hurricane Heat which was introduced in 2011. The Hurricane Heat is designed to psychologically and physically break down each participant. Through this challenging experience individuals evolve into a unified team. Racers are tasked with seemingly insurmountable challenges but alongside their teammates they gradually develop camaraderie and teamwork to overcome these obstacles. Racers noticeably become stronger not only as a team, but as individuals.

Now you won’t magically become stronger by training and racing with someone slightly more fit than you, but you will exert more effort and your performance will benefit as a result of the Köhler effect.

Spartan Races inherently possess the psychological principles of team dynamics and physical activity motivation. Spartan Races foster a collective togetherness that brings about a sense of belonging with other racers, provide a variety of race events to choose from, and optimally challenge you every step of the race. These principles are founded upon several motivational theories which promote growth, development, and healthy functioning. See the Kohler Effect & Self-Determination Theory for more information.

Anybody has the potential to train for, and participate in, a Spartan Race – but building a solid foundation is key.

No matter your situation, you will find all sorts of tools to prepare right here. Free workouts and free healthy recipes are available to jump start your routine in a life-changing way.

5 Motivational Strategies to Prepare You For Your Spartan Race

When Do I Need a Physical Therapist?

The Truth about Taking Salt Pills During a Spartan Race

The Untapped Value of a Strong Spartan Warm-up

Hurricane Heat Gear — What Should I Bring?

RISK vs REWARD: The Science of Making Smart Decisions About Exercise and Recovery

Training With Weights for a Spartan Race? Don’t Make These 6 Mistakes

10 Best Exercises to Train for Your First Spartan Race

My Top Tips for Training While Pregnant

Attention Bodybuilders: You’re 3 Simple Steps Away from a Spartan Race

5 Lifts to Crush Your Next Spartan Race

Low Back — a Spartan Owner’s Manual

8 Reasons Why Everyone Needs a Spartan Workout Buddy

The Simple Power of 5 Minutes of Meditation

Ask the Doctah’: Do I Really Have to Train Outside?

8 Ways to Train for Hills—Without Hills

How Self-Talk Can Help You to Overcome Any Obstacle

Background in Weightlifting? You May Have a Head Start in a Spartan Race

How to Move the Five Most Immovable Spartan Obstacles

To Recover is to Reload: How to Recover from Anything

#MondayMinute: How to Master the Most Overlooked Obstacle

#MondayMinute: How to Work Out in the Airport (Without Scaring People)